What have Belarusians to expect from the Presidential Election campaign this autumn?

What have Belarusians to expect from the Presidential Election campaign this autumn?


The Presidential Election campaign has been launched in Belarus — the fifth in the history of the democratic country. Belarusians will be able to express their will on October 11th. The election date has been approved by the national Parliament at the final meeting of the seventh session. 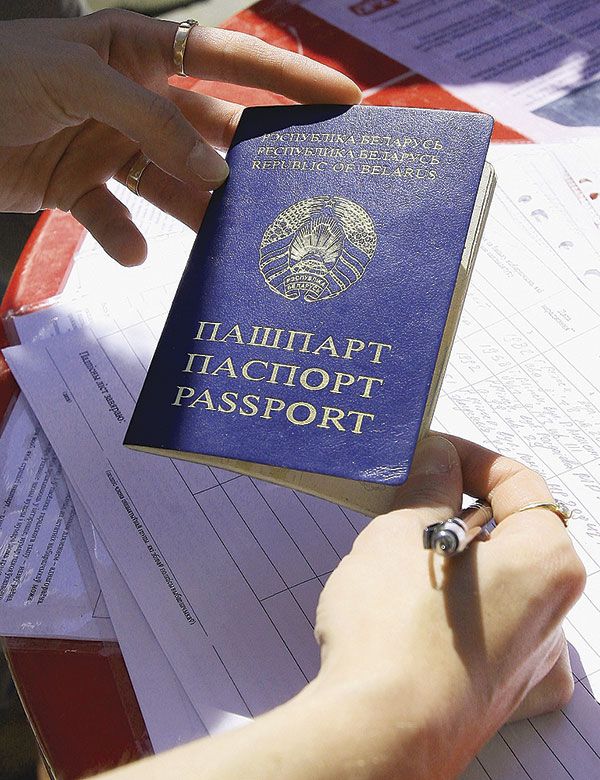 According to the legislation, a candidate for the post of the President can be put forward only via collecting signatures of voters. For this purpose, an initial group of at least 100 members is needed. In total, the Central Election Commission has allowed eight such groups to participate, including the support team of the current President Alexander Lukashenko. They must each collect 100,000 signatures by August 21st, enabling their contender to gain the official status of a candidate. It’s very difficult to gain such powerful electoral support, especially if there’s no  strong team of like-minded people in the form of a public organisation or a political party that already enjoys a level of trust.

The experts’ opinions are similar: the current President Alexander Lukashenko boasts the greatest chance of victory. His usual sparring partners are the leader of the Liberal Democratic Party, Sergei Gaidukevich, the Chairman of the Belarusian Left Party ‘A Just World’, Sergei Kalyakin, and the Chairman of the United Civic Party, Anatoly Lebedko. Of course, the big question is whether they will gain enough votes for a second round. Some representatives of the Belarusian opposition have assessed their chances and are calling on each other to withdraw from participation in the elections, or even to boycott them. However, a prohibition on calling a ballot strike is one of the innovations of the current election campaign. In this respect, the Secretary of the Central Election Commission, Nikolai Lozovik, spoke clearly, “Belarus has joined the CIS Convention on Standards of Democratic Elections, Electoral Rights and Freedoms, according to which the ballot strike is forbidden. The Campaign-2015 also differs from the previous campaigns in the order of financing of the candidates’ election activity. In 2010, they had to form private election funds. The Central Election Commission decided to go even further, allowing funds to be allocated to the candidates for the position of the President, as well as to those who register their initiative groups and plan to collect signatures for putting forward a candidate. Moreover, the size of the fund has been tripled to about $105,000. This can be used to buy additional pages in newspapers, time on television, print leaflets and pay for the work of one’s team. Funds of political parties, legal entities and citizens can be used to replenish the fund while anonymous and foreign donations are forbidden. Each candidate will have to specify whether they have a conviction (even if it’s removed from the official records) and which funds they use to live on (even if they don’t work anywhere officially).”

Belarus has never restricted the number of international observers. For example, over 1,000 foreign observers have been accredited during the 2010 Presidential Election. No fewer are expected this year. Invitations have been sent to all international organisations, with observers from South Korea first arriving in our country. Moreover, the OSCE ODIHR representatives will be joined by observers from the Parliamentary Assembly of the Council of Europe (where Belarus isn’t represented). The Chairman of the Executive Committee and CIS Executive Secretary, Sergei Lebedev, was appointed the head of the CIS observation mission.

Sociologists have calculated that over 70 percent of Belarusian citizens plan to take part in the Presidential  Election. Such high political activity is easily explained: the consequences of the global economic crisis, sharp confrontation between large states, the escalation of tension in Russia-EU relations, and the events in Ukraine worry people and encourage them to use their vote to make a difference. 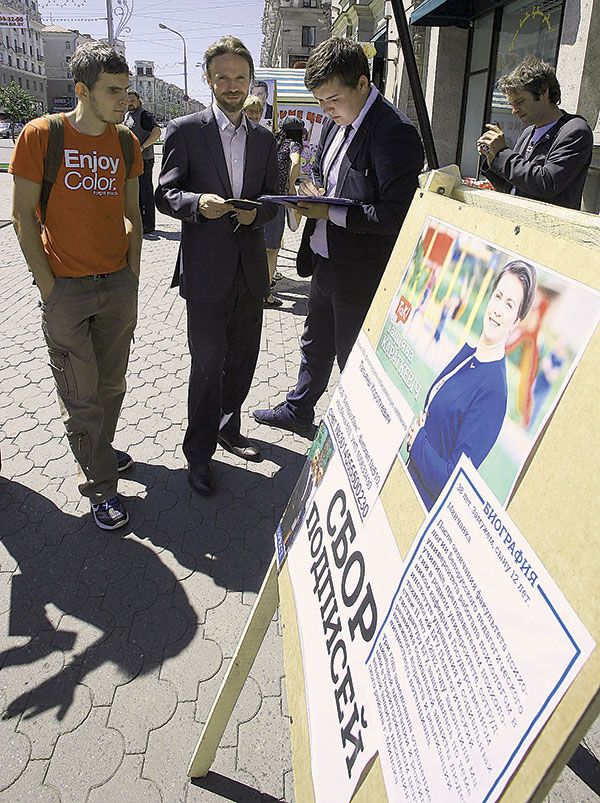 The presence of two groups, candidates and voters, is obligatory when carrying out any election. But an election campaign has one more indispensable side, the observers. These are people authorised to observe the activity of the election commission, they supervise the counting of votes, check the validity of the summation of results and other issues. The Secretary of the Central Election Commission, Nikolay Lozovik, told us how the forthcoming Presidential Election, set for October 11th, will look for observers:

“Our purpose is as follows. We have introduced an amendment to the law to allow observers to monitor the counting of votes, thus ensuring transparency in our election process. They are not simply looking from afar, but watching closely to see how the ballot papers are counted. It is a requirement of the law. Therefore, if they are not allowed to do their job properly, it means that the commission will be breaking that law. And it will be necessary to report it.”

At the same time, relying on the experience of recent years, the Secretary of the Central Election Commission noticed that even with the absence of barriers, observers do not always give objective assessments in their final conclusions, “At times observers say that they have no comments concerning the election process, but when the final conclusion is prepared, some officials turn their minor points into significant issues.”

Nikolay Lozovik assumes that in the forthcoming Presidential Election, there will be a large number of international observers, in particular, there will be present a large group of the ODIHR (Office for Democratic Institutions and Human Rights) from the OSCE officials. The Secretary of the Central Election Commission also noted that local observers will be working as usual, comprising a whole army of helpers in the region of 30-40 thousand people.


Upon right of responsibility


Chairman of Russia’s Central Election Commission, Vladimir Churov, notes our civil duty to vote in elections, honouring the memory of past generations and those to come

Speaking during the Moscow-Minsk video-bridge, dedicated to 70 Years of Peace: Lessons of War and History of Common Victory, Mr. Churov commented on the Belarusian Presidential Election campaign. He underlined, “Belarus is preparing for an important event: the Presidential Election. Of course, if, 70 years ago, our ancestors had failed to claim victory in the Great Patriotic War, we wouldn’t be electing presidents of Belarus, Russia and Ukraine today. We’d be electing a fascist prefect instead. Voting in elections is our civil duty to past generations and those to come.”

Mr. Churov believes that it’s too early to speak of who might form the Russian observer team, or how many people it will comprise; the decision should be announced by October. However, he added that Russian observers will be represented within the OSCE, CIS, and Shanghai Cooperation Organisation delegations (on a bilateral basis).

The 2015 Belarusian Presidential campaign may set a record for its number of international observers, including representatives of the Office for Democratic Institutions and Human Rights, the UN Parliamentary Assembly and the CIS, in addition to observers from PACE (an influential international organisation to which there are no Belarusian members).