As is traditional, Bolshoi Theatre of Belarus launches summer holidays with six unforgettable evenings in the company of world ballet stars, as well as Evenings of the Bolshoi Theatre at Radziwill Castle Festival, held in Nesvizh

The Ballet Summer at the Bolshoi was launched last season, becoming a highlight of the cultural year, with its classic and contemporary performances. Featuring world-renowned ballet stars, it included premiere performances for the Belarusian Bolshoi Theatre. Audiences enjoyed three thematic evenings: An Evening of Choreography by George Balanchine; An Evening of Choreography by Jiří Kylián; and An Evening of Georgian Ballet. Belarusian soloists were joined by the Georgian State Ballet, under legendary Nina Ananiashvili. 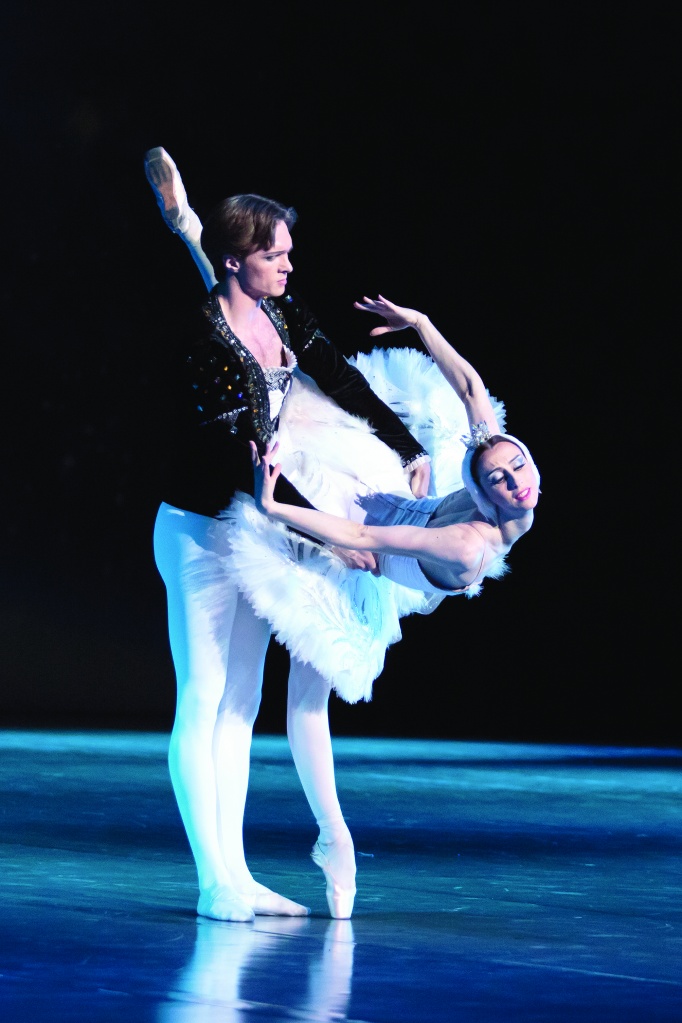 This year’s Ballet Summer at the Bolshoi offered a kaleidoscope of choreographic styles, schools and directions, from Belarusian, Russian, Georgian, Azerbaijani, Estonian, German and Swedish dancers.

Tchaikovsky’s timeless and captivating classic, Swan Lake, opened the festival, presenting the mystical lake, where a beautiful maiden-bird awaits her prince. The roles of Odette, the white swan, and her antagonist, Odile, were performed by Honoured Artist of Russia Alexandra Timofeyeva: the prima ballerina of the Kremlin Ballet Theatre. She has danced Princess Florine, Avora in Sleeping Beauty, and lead roles in Romeo and Juliet, Ruslan and Lyudmila, Giselle and Cinderella, as well as playing Scheherazade, in A Thousand and One Nights, Medora in Le Corsaire. 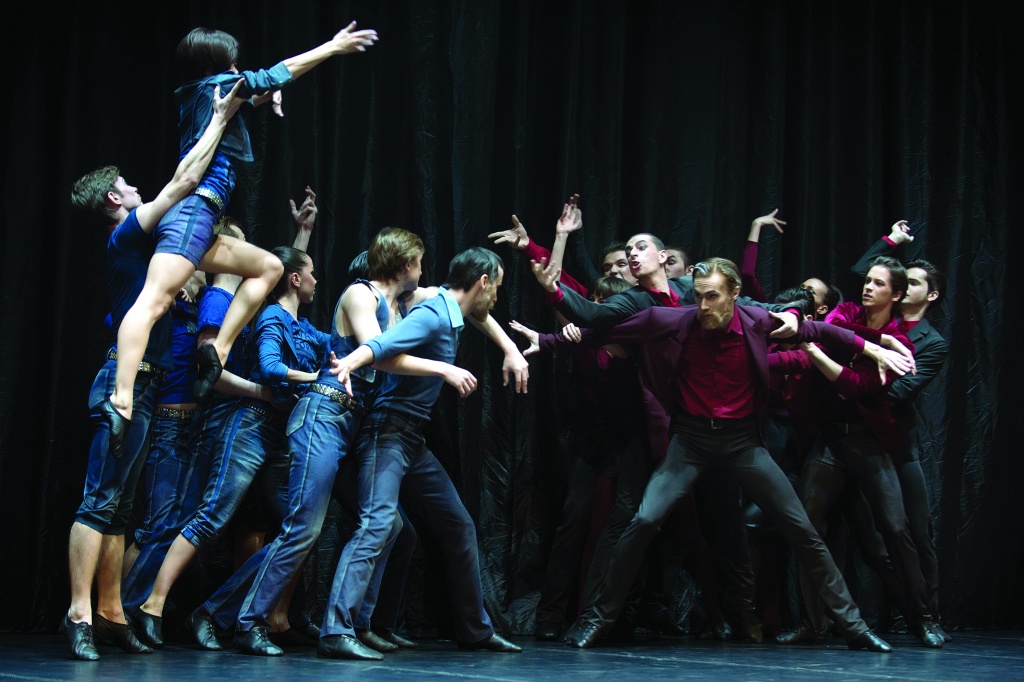 The next day, Ms. Timofeyeva played the magical golden bird in Stravinsky’s Firebird, timed to mark the 125th anniversary of the birth of great ballet choreographer Mikhail Fokin.

Leonid Yakobson St. Petersburg Academic Ballet Theatre presented Prokofiev’s tragedy of Romeo and Juliet, with choreography by Anton Pimonov and libretto by Igor Konyayev. Shakespeare’s classic was portrayed through a clash of dance styles: conservative and innovative, classic and modern, exploring the contrast between tradition and anarchy, the search for new forms and for professional perfection, and the struggle of ideas and egos. The classic Prokofiev-Radlov-Lavrovsky libretto, set on the streets of Verona, is replaced by the rivalry of creative confrontation. Whole art systems compete rather than ‘too equally dear families’. In their place are the Capulet Classic Ballet Theatre and the Montague Modern Dance Theatre, personified by People’s Artist of Russia Vyacheslav Okunev, and Honoured Worker of Culture of Russia Yevgeny Ganzburg. The rivalry of Goldoni and Gozzi, and of Moliere and the troupe of the Italian court theatre are well-known ‘real’ examples of such conflict. 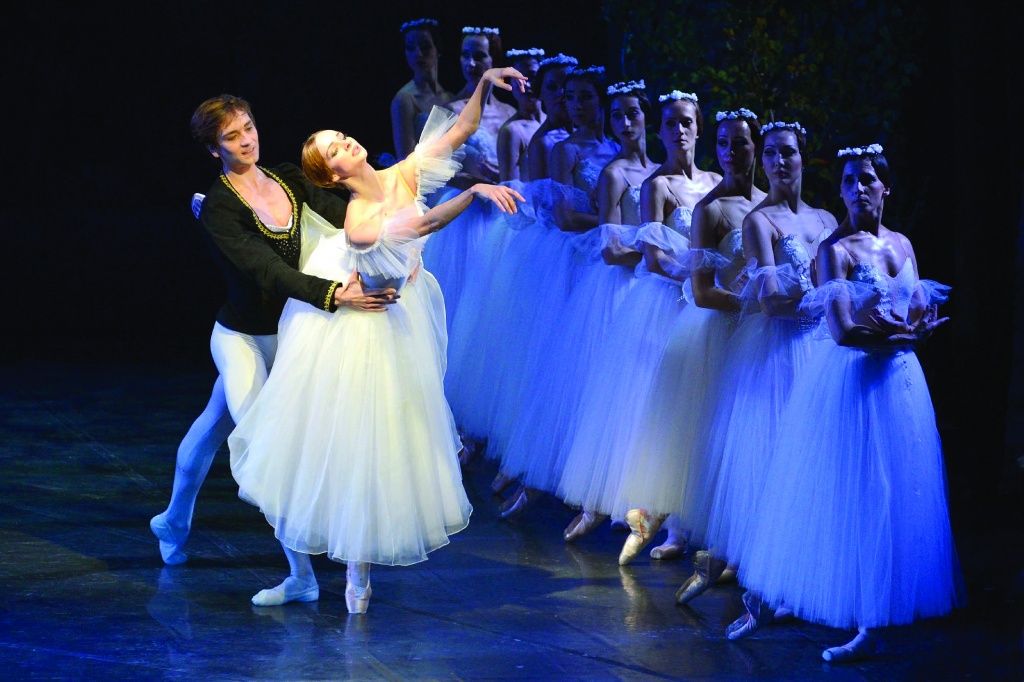 Giselle — Yekaterina Borchenko, the Honoured Artist of Russia in the same-name performance

Pimonov and Konyayev’s Juliet is a prima on pointes: top of her class. Meanwhile, Romeo wears jeans and dances in contemporary style. The ‘nurse’ is played as a concertmaster, giving the future ballerinas gifts of chocolate. The audience plays the conflicting residents of Verona: fans of high classic and modern dance. Only the tragic denouement remains the same.

This year also saw the premiere of Laurencia, a ballet staged by People’s Artist of Georgia and Russia Nina Ananiashvili: a long-time friend of the Bolshoi Theatre. The audience gave an enthusiastic ovation, with particular applause for Royal Ballet of Sweden prima ballerina Lali Kandelaki, who took the lead role. The laureate of international contests is a soloist with the Tbilisi State Opera and Ballet Theatre named after Paliashvili. 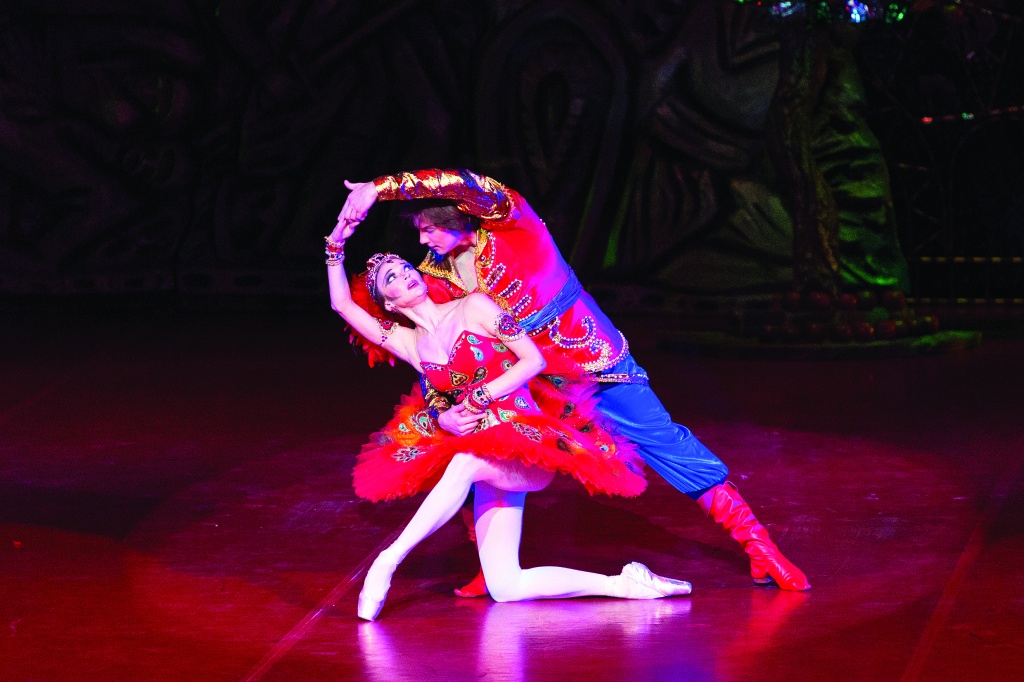 Yekaterina Borchenko danced in Giselle, Ou Les Wilis, by the Bolshoi Theatre; the Honoured Artist of Russia is a soloist with the Mikhailovsky Theatre in St. Petersburg and, from 2003 to 2007, served in the Bolshoi Theatre of Belarus.

One act ballet Who am I?, composed by Belarusian Sergey Kortes, was also well received, alongside Six Dances, by Wolfgang Amadeus Mozart, and the Dance Over Time concert. Meanwhile, the Gala concert was directed by Olga Kostel, a laureate of international contests. Yekaterina Zinovyeva-Provalinskaya, a corps de ballet member, who recently graduated from the Acting Department of the Theatre Department of the Academy of Arts, set the tone, playing a geneticist seeking the gene of creativity. Her reasoning was illustrated by bright choreographic paintings from the history of human civilization, starting with Zeus and other Greek gods, as well as with creative visuals. The story includes famous ballet stories, as well as stylish modern miniatures. Berlin State Ballet soloist Vladislav Marinov shocked audiences with his subtle humor and virtuosic artistry, with 101 ballet positions, and the concert ended with a fantasy on a Belarusian theme, performed by all participants: soloists and musicians.