The Belarusian town of Ostrovets is a hive of summer employment for Belarusian and Russian young people. Two years ago, President Alexander Lukashenko signed a decree and assigned the Belarusian Nuclear Power Plant (being built with Russian support) the status of an All-Belarusian Youth Construction Site. The small town in Grodno Region has become a hub of activity for student construction groups from Belarus and Russia. This year, more than 400 are working on site: double that of last year; it is the largest Russian-Belarusian team of the summer. The Second Secretary of the Central Committee of Belarusian Republican Youth Union, Sergey Klishevich, notes that there were a great many applicants. He stresses that the first consideration in being accepted is good health and stamina, as well as being up to date with studies and having ‘2nd or 3rd category qualification in at least one of the construction specialties’. 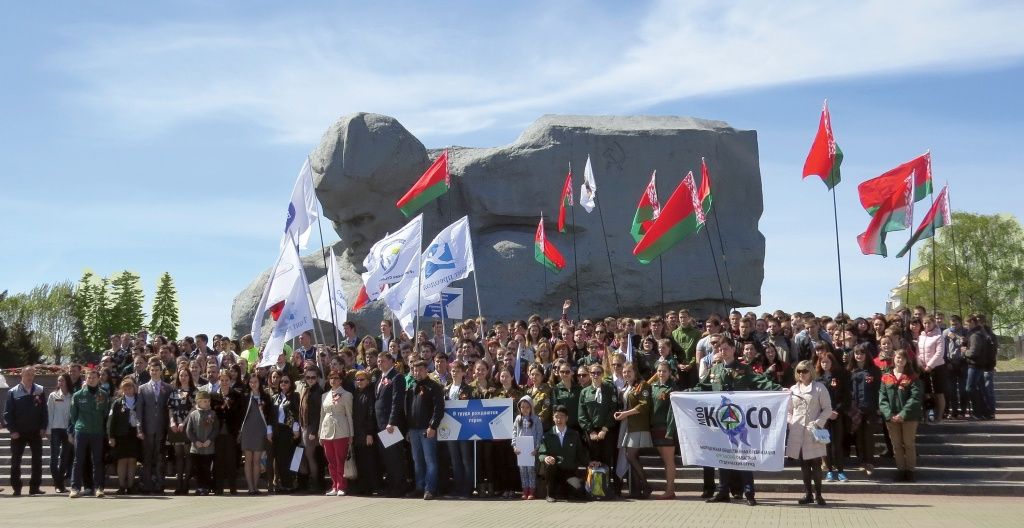 Among those chosen are 58 students from Belgorod, Obninsk and Moscow, as well as 345 from higher educational establishments across Belarus. The Central Committee of the Belarusian Republican Youth Union tells us that most work will begin from July 1st, with payments being noteworthy. After all, the work isn’t easy, involving reinforcement, concreting and masonry of brick walls for garages and other buildings, for the maintenance services of the Nuclear Power Plant, as well as ancillary works.

Another team is newly formed in Kursk, including seven students from Gomel, who are to work at health camps. Meanwhile, 57 Belarusian students, from Vitebsk and Gomel, are working at children’s camps: Plamya (Flame) (in Moscow area) and Orlenok (in Tuapse).

“Girls are working as maids, while boys are taking on landscaping jobs,” comments the commissioner of the students’ groups, a fifth-year student at the History Department of Gomel’s State Frantsisk Skorina University, Maxim Belets. “Every year, there is great competition to enter the teams, especially those operating in the ‘south’. We choose those who’ve already proven themselves to be active in student groups, with good results, and who can join us early.”

Those from Gomel are being housed in Orlenok dormitory, in Novomikhailovsky, near the camp. Students from the Vitebsk Veterinary Academy neighbour them, and work in the kitchen of one of the canteens. All arrive by official bus, working from 8am until 7pm. The shift schedule gives them the opportunity to relax and see local sights, combining business with pleasure. Each is to receive about 10,000 Russian Roubles for their work: decent money for a student. However, many admit that they’ve come hoping to enjoy the warm sea, to make new friends and, perhaps, to find romance.

Almost 5,500 Belarusians and Russians are taking part in this year’s ‘combined’ teams: 274 groups (each named after a Great Patriotic War Hero, in honour of the 70th anniversary of the Great Victory).