Staking a claim on biofield

The National Strategy for Sustainable Development-2030 (NSSD-2030), which has recently been published for public discussion, contains one point that stands apart.

The National Strategy for Sustainable Development-2030 (NSSD-2030), which has recently been published for public discussion, contains one point that stands apart. The authors of the document suggest putting an emphasis on the creation of a hi-tech sector of the economy with mainly V and VI technologies. 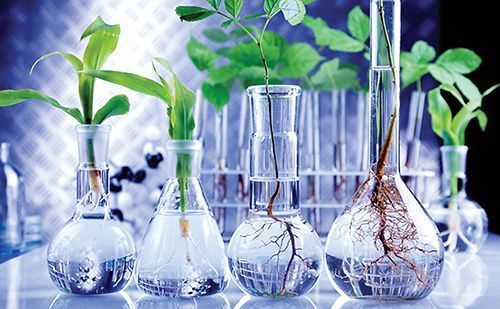 The task is quite ambitious. The fact of the matter is that it is very difficult to reach such high levels in the development of science. And without having proper centres, it is almost impossible. At the same time, our scientists state that during recent years the country has seen quite significant breakthroughs in terms of establishment and development of biotechnologies, which are the basis of many innovations of the new VI technological mode.

The word ‘biotechnology’ sounds obscure to the majority of us and most likely reminds us of scenes from American horror films, when experts in white chemical protection suits grow dangerous things in top secret underground laboratories. This is not the case, the rapid progress, which has occurred in biology over the last few decades, has expanded the boundaries of the application of biological processes in manufacturing. Today they are used in practically all branches of the economy: agriculture, public health services, food, light, the chemical and pharmaceutical industries. Biotechnology is used to produce antibiotics, hormones, vaccines, diagnostic systems, bioplastics and for cell production. For the needs of agriculture, new species of plants and animals, forage additives, amino acids, ferments for the production of fodder and probiotic agents are produced. In the food industry, bacterial ferments, food ferments, yeast, spirit and products for functional and dietetic therapy are made.

The first attempt to resolve the issue was the state program for Innovative Biotechnologies for 2010-2012 and for the period until 2015. It is already possible to sum up the results. For the last three years, seven new factories were created and nearly 30 new products were developed using Belarusian innovations. The strategy was to replace imports for the huge common market of Belarus, Russia and Kazakhstan. The agricultural and pharmaceutical sectors are especially important, as they have the greatest potential for growth. The introduction of cell technologies has an important place in the plan, it covers treatments for burns, ulcers, sclerosis, leukaemia and joints etc. using stem cells. In December of this year, the Academy of Sciences will launch the centre of regenerative medicine, which will be engaged in the treatment of diseases with the use of various cells, and the first one to use stem cells at a moderate cost.

Our technologies are already used for the production of modern generics and pharmaceuticals, including antiviral and antitumor medications. These are ‘clever’ medicines, preparations that are new not only for Belarus, but also for the post-Soviet countries. By 2015, 10 new manufacturers will be created following the norms of GMP, and this will allow the production of pharmaceuticals with more than 300 names, to increase the volume of its manufacturing at least three-fold. 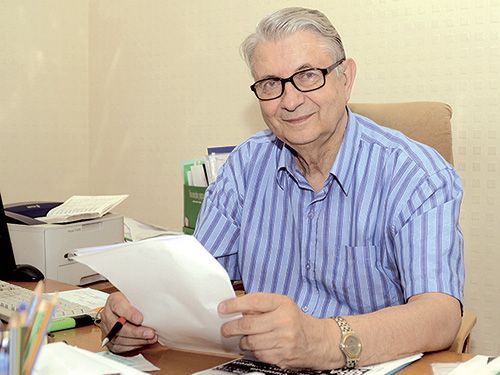 Igor VOLOTOVSKY, NAS academician of Belarus, Head of the Chair at the Institute of Biophysics and Cell Engineering, and scientific leader of the Innovation Biotechnologies state programme:

Between 2000 and 2010, our country considerably lagged behind developed western countries in terms of biotechnological research and developments, as well as industrial manufacture, although foundations were being laid to develop the biotechnological sector. The 1st Congress of Scientists of Belarus raised difficulties faced by the biotechnology industry, which inspired an instruction from the Head of State, and the ‘Innovation Biotechnologies’ state program was formed for 2010-2012, until 2015.

This stimulated a new economic sector, meeting contemporary world standards and setting clear objectives. For the first time within the post-Soviet space, we were endeavouring to solve the problem comprehensively, within contemporary biotechnological science, with particular focus on agricultural biotechnology (plant growing and animal breeding), biotechnologies in the food and medical industries, and bioenergetics.

The major aim is to fully satisfy domestic needs by 2015, regarding bacterial concentrates for the milk industry, blood plasma, and probiotic preparations and their adsorbents (previously imported). This should ensure import-substitution of up to 80 percent for the domestic market in biopesticides, up to 85 percent for veterinary preparations and 25 percent for bone marrow transplants. We’ve worked across these and some other areas from scratch, having previously imported all these.

Plans are afoot to set up production of biodiesel fuel (accounting for 8 percent of the domestic market in diesel) and biopetrol (accounting for 12 percent of the market). By 2015, annual production of innovative biotechnological goods should exceed Br500bln, while import-substitution should reach around $150m. Meanwhile, exports should exceed $60m.

To solve these tasks, the ‘Innovation Biotechnologies-2’ state programme for 2016-2025 is being drafted, taking into account the instructions of the President in March, given at a session of leading national scientists.

By 2020, the biotechnological sector of the economy should have reached the volume of production equivalent to $500 million, and export deliveries of biotechnological production up to $100 million. It is planned to continue the development of domestic biotechnologies and the creation of new enterprises using these technologies. Low-tonnage manufacture on the removal of human lactoferrin from genetically modified goat milk is one industry that will appear in the country.