In the second half of the 1990s, a new type of nature reserve was introduced in Belarus: national parks.

In the second half of the 1990s, a new type of nature reserve was introduced in Belarus: national parks. Four have so far been established: the Belovezhskaya Pushcha, Braslav Lakes, the Pripyatsky and the Narochansky. These territories are to be treasured, aiming to preserve our unique natural environment. Among their key tasks are scientific study, tourism and ecological education. The most titled park — the Belovezhskaya Pushcha — is no exception: it’s already on the UNESCO World Heritage List, holding a diploma from the Council of Europe and boasting the status of a ‘biosphere reserve’. 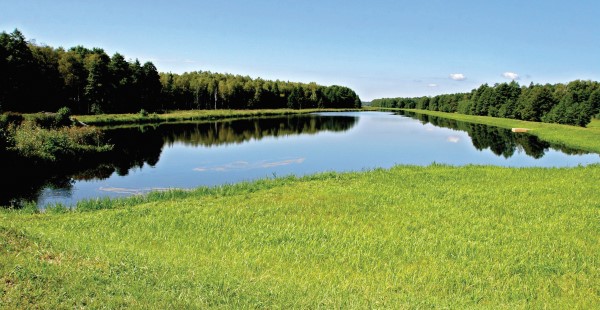 The Pushcha is the largest primeval meadow forest in the world, dating from pre-historic times. The first law on its preservation came into force in the 16th century, following an order by King Zygmunt I. The forest has always been known for its hunting, forestry and preservation and, in 1991, the official agreement on the dissolution of the USSR was signed within its territory. The Department of Presidential Affairs oversees all the national parks of Belarus, offering them special protection, to ensure that they continue to grow and develop.

The General Director of the Belovezhskaya Pushcha, Alexander Bury, proudly admits that foreign colleagues often express envy. He tells us, “The state is focused on preserving and developing unique natural sites, creating a bright example to follow. The CIS colleagues who visit tend to be envious, as we have such serious state support, and are under strict control. We gain significant financial assistance, so have no need to sell any territory. Everything is being preserved and enlarged, to benefit not only Belarus but wider Europe.”

In the recent decade, the Pushcha has changed its borders: in 2004, its territory was increased to 152,000 hectares; in 2012, another 57,000 hectares were added (in the early 1990s, there were just 15,000). As a result, last year, the repeated nomination of the trans-border Belovezhskaya Pushcha site was adopted. Its territory on the Belarusian and Polish sides rose to 140,000 hectares and, in 2015, the territory of the UNESCO biosphere reserve was also enlarged.

The forest is the Pushcha’s treasure, with some trees aged 250-350 years, and others as old as 500-600 years: oaks and pines. Interestingly, the Belovezhskaya Pushcha lacks natural lakes, except for artificially created water reservoirs (reconstructed in 2003). In 1995, part of the Dikoe marsh complex joined the national park and, this year, the marsh has been thoroughly studied, with an eye to making the first geo-botanical map of the area. 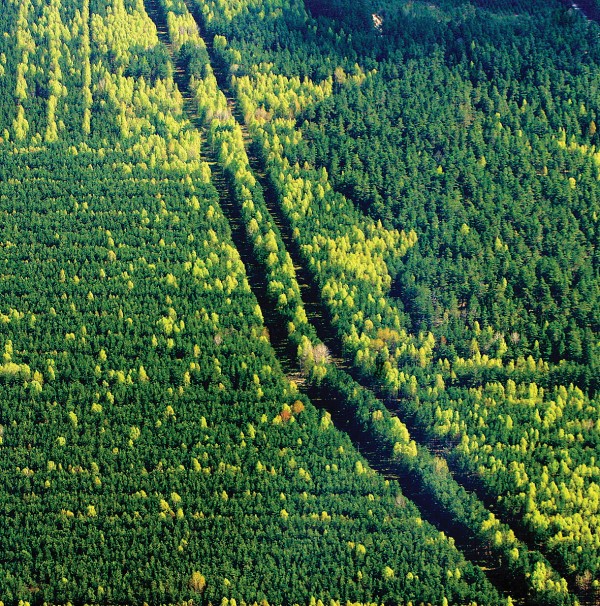 Scientific activity within national park territories is co-ordinated by the National Academy of Sciences. The deputy director of the NAS’ Institute of Experimental Botany, Dmitry Grummo, asserts, “This is an important hydrological site: a watershed area of the Black and Baltic seas. The rivers Narev and Yaselda start here and the marsh plays a key role in preserving such endangered bird populations as the aquatic warbler and spotted eagle.”

Mr. Bury adds that no species are being lost in the Pushcha: on the contrary, their number is growing. The population of aurochs is rising, with around 460 registered at the moment. Over the past two decades, their number has risen 3.3 times in the Pushcha: many more than the forest can actually feed. With this in mind, forage is prepared for animals’ overwintering, at great cost.

At present, the Nikor Scientific-Selection Centre is being established in the Pushcha, under the control of the National Academy of Sciences’ Scientific-Practical Centre for Bio-Resources. It aims to study, preserve and ensure sustainable use of the auroch population. Long-term preservation (through breeding with genetic diversity) is the focus, with Polish colleagues providing assistance.

The Pushcha is also keen to ensure that its economic activities do not harm the environment. Mr. Bury explains, “Production facilities have been set up to reflect national parks’ features: some focus on water and others on protection of marshes and agricultural fields. In 1996, the Shereshevskoe forest-hunting company joined the Pushcha and, in 2010, Vygonovskoe came on board. We’ve updated our material and technical basis, allowing up to 70-80,000 tonnes of fish to be bred at Vygonovskoe annually. The joined forestries are introducing wood processing and generate income by offering hunting to foreigners, who come eagerly seeking trophies.” 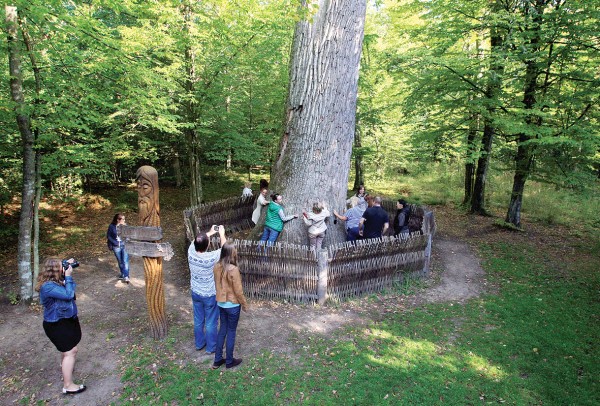 According to Mr. Bury, aurochs are not offered for hunting, as they are listed in the Red Book. Up to ten aurochs are culled annually, with the permission of the Nature Ministry, but only where they are lacking in good health. He tells us, “A commission considers each case, deciding on the animal’s prospects. If it’s acknowledged to be of no value, permission can be granted to kill it.”

Few people have no love of visiting national parks, since they offer an escape from urban living. In summer, there is the aroma of plant life and the cool forest air, while autumn brings a wonderful range of colours. Of course, in winter, Father Frost welcomes most of his guests to his village home in the Pushcha: 212,000 visitors come across the whole of the year.

Since June 12th, the Białowieża-Pererov simplified checkpoint has allowed foreigners to enter from the Polish Pushcha into the Belarusian side, without the need for a visa, staying for up to three days. It’s enough time to relax and enjoy the environment, as well as trying Belarusian dishes of pickled chanterelles, pancakes with Pushcha bilberries and strawberries, and venison shashlik.

Mr. Bury adds, “Almost 2,000 people have visited us in just two months. Tourists come from Poland, Europe and America. Previously, only organised groups visited us from abroad but, now, individuals are coming, as the new checkpoint requires no visas. They arrive alone, sometimes travelling by bicycle.” 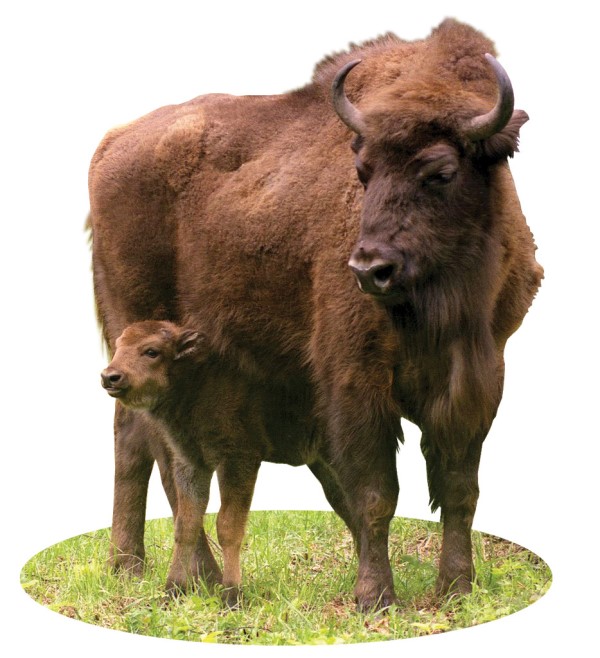 In 1999, the national park welcomed 46,000 guests and, last year, 428,000 were registered. Mr. Bury notes that the infrastructure has developed a lot since 1999, with new hotels, a restaurant and a café built. Meanwhile, Tyshkevich mansion has been revamped. In 2003, Father Frost’s Residence opened and, since then, has been visited by around 1.3m tourists. He asserts, “It’s a unique site playing a vital role in children’s ecological enlightenment.”

In addition, last year, the Museum of Folk Life and Ancient Technologies opened in the Pushcha, enabling visitors to learn about the craft of carpet marking: Kamenets District rootstock weaving is included on Belarus’ List of Intangible Treasures. Coopers and blacksmiths organise master classes and the local mini café treats guests to ‘Pushchanka’: an alcoholic drink brewed to a unique recipe at the museum.

In coming years, tourists will be able to enjoy an open-air museum: unique in Belarus. On the eve of the 600th anniversary of the Pushcha’s reserve status, a major archaeological dig took place, unearthing over 50 items dating from the Stone, Bronze and Iron ages. It being impossible to place all the findings in the museum located in the national park’s Ecological-Educational Centre, it’s been decided to create a new site. Aiming to ‘recreate’ an ancient village, it will be sited between Kamenyuki and the park’s administrative centre. Mesolithic and Old Neolithic wooden homes will be assembled, alongside Bronze Age constructions and an Iron Age settlement, with entry gates, walls, embankments, ditches full of water, a leaf bridge, stable, a blacksmith’s and pottery workshop. This summer, digging was also conducted in the forest.

Truly, it’s sad to leave this wonderful forest, which is so majestic, boasting great energy. All should enjoy our Pushcha and we have a duty to preserve and develop its beauty. Moreover, since 2011, a by-pass road has been in operation, giving easy access to the reserve.

• The Belovezhskaya Pushcha National Park was established in 1991 and is now among the largest forests in Europe. It occupies 57,000 hectares (38 percent of the park).

• Braslav Lakes National Park was established in 1995, uniting 74 lakes, with a total area of 12,590 hectares — around 17 percent of its territory.

• Pripyatsky National Park was established in 1996, comprising mainly forests. It is Europe’s largest territory of transition and upper marshes: Mezhch, Kandzel, Yelovets, and Olkhovo (occupying over 30,000 hectares). Narochansky National Park was established in 1999, offering a spa and recuperative complex on Lake Naroch: the largest of its kind in Belarus.

Natalia Minchenko, the Head of the Ministry of Natural Resources and Environmental Protection’s Department of Biological and Landscape Diversity:

National parks, reserves and natural monuments occupy over 8 percent of Belarusian territory. They are not simply protected by law but receive financial support. In line with the 2015-2019 state programme to develop specially preserved natural territories, 75 events are planned to help develop our national parks and our system of nature reserves. This year, over Br24bln have been put aside for the purpose, including for the development of tourist infrastructure. Ecological and information centres are planned for several Republican landscape reserves, in addition to recuperative zones at some lakes and at Braslav Lakes National Park. An open-air archaeological museum is planned for the Belovezhskaya Pushcha. The programme also aims to restore damaged marshes and bottomland oak forests and to prevent natural ecological systems from becoming overgrown. 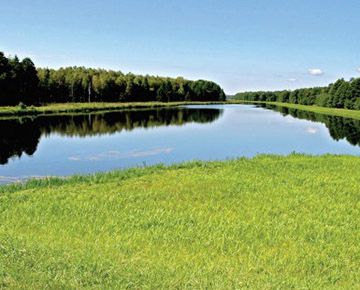