Yana graduated from the Choreographic College not long ago but, unlike most dancers, whose lot it is to be content in the corps de ballet, she has enjoyed a meteoric rise, being offered the lead in Swan Lake at the age of 19.

Troupe leader Tatiana Shemetovets asked Yana if she was familiar with Swan Lake, to which the young girl could only feel bewilderment, being focused on her role in Sleeping Beauty. Yana knew all about Tchaikovsky’s ballet, having danced in its corps de ballet and solo swan roles but she was staggered to be told that she would be dancing Odette-Odile within the month: a star part and only a month to rehearse. The young ballerina can barely recall that time clearly, feeling rather as if the days passed in a fog. That evening, she watched Swan Lake on video and then burst into tears, overwhelmed by emotion.

However, she certainly didn’t turn down the opportunity to play the role of which almost all ballerinas dream (and few attain). Yana decided to work without a break, slaving over her routines every day. The premiere night passed again in a fog, with Yana trembling as never before: more even than during dance contests, of which there have been many. The first serious competition was hosted by Varna, with Yana performing six classical variations and two modern dances on the open-air stage — despite 30-degree heat. Yana almost fainted but danced brilliantly and won a diploma. 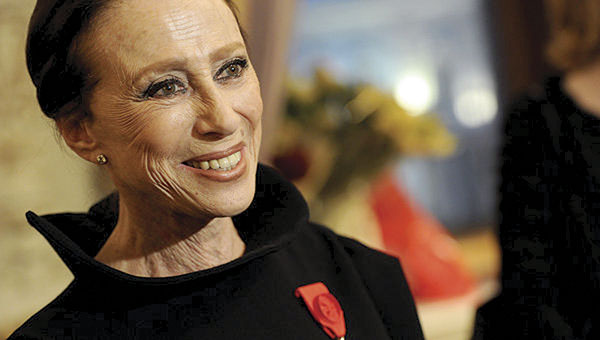 Actually, Yana loves contests, believing that they allow those with true talent to show what they are capable of. The Eurovision Dance Contest in 2013 saw Yana perform Esmeralda, receiving ten points. Her modern ballet interpretation was more of a challenge, as she’d not been involved in contemporary dance for some time, preferring classical ballet. However, participation in the contest required both genres, so she agreed to experiment. She endured strained muscle pains and bruises but achieved a worthy result. Yana Shtangey stands as the first Belarusian to have participated in the Eurovision Dance Contest.

Yana is not Belarusian, having been born in Kharkov. At the age of four, she entered a local choreographic school, accompanied by the daughter of her mother’s friend, who dreamt of her girl becoming a ballerina. By the time she was ten, Yana’s mother was eager to see her give up her exhausting dance practice, but Yana’s father was firm, wanting her to continue.

Five years later, the family again faced a difficult choice. Yana had finished her nine years of studies, graduating from her ballet school. She was set to attend Kiev’s Choreographic College but Yana’s teacher, Tatiana Cherkasova, suggested her to enter a Minsk institution, saying it was stronger.

Yana smiles on recollecting her attempts to conquer the Belarusian capital, telling us, “I endured three auditions with my Minsk teachers. I remember the day before my first trip to Minsk, walking along Kharkov and stubbing my toe! It swelled so badly that I could hardly put on my ballet shoes. Doctors tried to help but with little result. That first audition resulted in them asking me to return several weeks later. I rehearsed hard but my preparations were in vain: I contracted food poisoning and did badly. Luckily, I had another chance a few days later and did my best not to miss out.”

After just six months, Yana was feeling at home in Belarus, performing at its major theatre. With her student card, she was able to attend performances free of charge, resulting in her often attending the Bolshoi Theatre. She saw The Nutcracker, Sylphide, and Swan Lake, dreaming of dancing with the corps de ballet. In her third year of studies, she gained an internship.

These days, Yana is a soloist at Belarus’ National Bolshoi Opera and Ballet Theatre, performing the role of Odette-Odile.

Ms. Plisetskaya views Swan Lake is the ‘acid test’ for ballerinas, since it’s impossible to hide. Only true skill and artistry are good enough. It’s too early to speak of Yana’s being a prima ballerina: Ms. Plisetskaya danced the ballet for 30 years while Yana has done so just a few times. However, no one doubts that her name is set for fame on the Belarusian stage, and beyond.