Sizeable harvests on one’s own field

Historically, our villages and lands have supported our nation, ensuring food safety

Historically, our villages and lands have supported our nation, ensuring food safety. In Soviet times, our Republic occupied the leading position for agricultural development. From 1990-1991, it produced more meat and milk per capita than Germany, France and the UK, while its grain production was three times more than that of today’s EU states. We also led in potato and flax production. After the USSR’s collapse, the situation changed. The reforms of the 1990s resulted in the destruction of traditional networks of supply and demand, and the growth of loss making enterprises. The material base of the agro-industrial complex was broken, harming technical-economic potential and creating huge price inflation for industrial products and food. 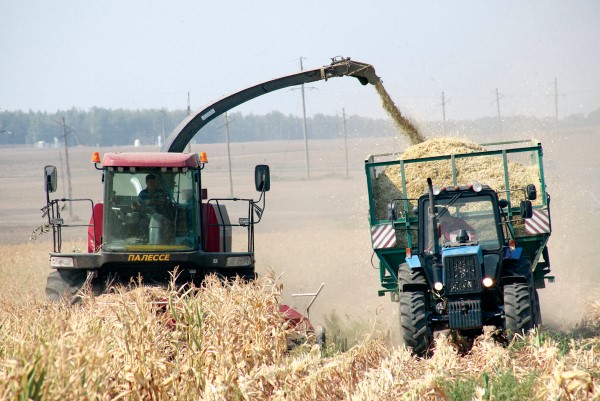 Villagers earned just $10 (in equivalent) while agriculture occupied 10 percent of GDP (the agro-industrial complex accounted for almost 30 percent over all). This inspired the state to revive and develop villages.

In 2000, it became necessary to realise organisational, economic and social efforts through the adoption of an agro-industrial development programme (for 2001-2005). A period of sustainable development began, aiming to establish and strengthen mass production.

On March 25th, 2005, Decree #150 was signed: ‘On the State Programme for Rural Revival and Development for 2005-2010’. Its focus was economic development and raising standards of living, with the accent on intensified production and sci-tech innovation. By 2007, Agriculture and Food Ministry enterprise exports had exceeded $1bln annually (up from $234m in 2002). Belarus topped the CIS in terms of meat consumption, and was second for milk.

The key task of the present state programme for rural sustainable development (2011-2015) is to further improve the agro-industrial complex.


Modern Talking, or classics for cows

Around 50 years ago, the average grain harvest in Belarus was around 9 centners per hectare; in 1970, it reached 17 centners, while Ukraine’s southern regions amazed the USSR with a record 30 centners. Few would have believed that sovereign Belarus could enjoy such harvests and some of its farms even boasted 100 centners per hectare. Significant changes in cattle breeding have been observed over the past two decades. Classical music is played, while staff wear snow-white uniforms and use high-tech equipment. Belarus is running modern milk-commodity farms. In 2013, former Deputy Prime Minister Piotr Prokopovich noted, “If we had the opportunity to keep 2.5m cows — as in 1992 — and each provided 5,000 litres of milk, we’d face no economic problems at all.” In any case, the task of reaching $7bln of food exports (against the present $5.8bln) no longer looks impossible. Our cheeses, yoghurts, sour cream and other dairy foods are well known abroad and enjoy growing demand.

Ten years ago, the Government provided guarantees (to a bank) for loans spent on constructing winter energy saving hothouses. Each farm had an individual project and sometimes needed to lay separate transmission lines, to reconstruct boilers and to lay additional heat pipelines. Results were prompt: average crop yields at such hothouses are not less than in the EU and some Belarusian farms are already growing melons and watermelons. Private farmers aren’t lagging behind: famous Stolin-grown cucumbers are sold in spring — both in Belarus and in Russia’s Moscow and St. Petersburg.

Belarus now has over 1,500 agro-towns, with attractive multi-coloured houses; they are a new type of rural settlement, and a wonderful way for specialists to work in villages. Well-developed, with production and social infrastructure, they have gas and water supply systems, asphalt roads and public transport links to district and regional centres. Agro-towns have shops, kindergartens, schools, sporting sites, hospitals and cultural establishments. Moreover, we are building Belarusian-style agro-towns in Venezuela, Kazakhstan and Russia, with Azerbaijan and the SAR showing interest. Famous French actor Gérard Depardieu has called our agro-town construction ‘unique within Europe’.


Science and engineering for rural areas

Energy efficient tractors ten times stronger than ordinary machinery are already commonplace in our fields. Gomel and Lida harvesters are impressive, no matter where you live or what you’ve seen in life!

Production of grain drying machinery was mastered in Belarus in 1995, developed by Amkodor jointly with the National Academy of Sciences’ Scientific-Production Centre for Agricultural Mechanisation, and with the Belarusian National Technical University.

In addition, 379 new varieties of plant have joined the state register this year — including 68 of domestic selection. Overall, the register features 4,519 varieties (as of early 2015) including 1,110 bred by our specia­lists. Nano-technologies are part of the agro-industrial complex: new nutrients, growth stimulators, bio-chips, and photo-glass for hothouses. Meanwhile, machinery is being built to last, using durable materials and coatings.

Agro-ecotourism is becoming one of the most attractive ways of holidaying in Belarus, for residents and foreign guests. It’s fashionable to enjoy the environment, go hunting or fishing, find out about cultural traditions and make your own Belarusian souvenirs. Agro-mansion hosts, farmers, craftsmen and representatives of tourist businesses are uniting in clusters to offer a wide range of services, unique tourist proposals and their own ‘brands’. Over 2,000 agro-mansions already operate countrywide, generating thousands of new jobs, developing infrastructure and promoting Belarus’ image.