Fashion designer Galina Meshkova is a member of the Union of Designers, a jury chairman of numerous international contests and fashion festivals, a Candidate of Art History, an associate professor at the Belarusian State Arts Academy’s Costume and Textile Department and the author of ‘History of Belarusian Fashion’, launched recently at the National History Museum. 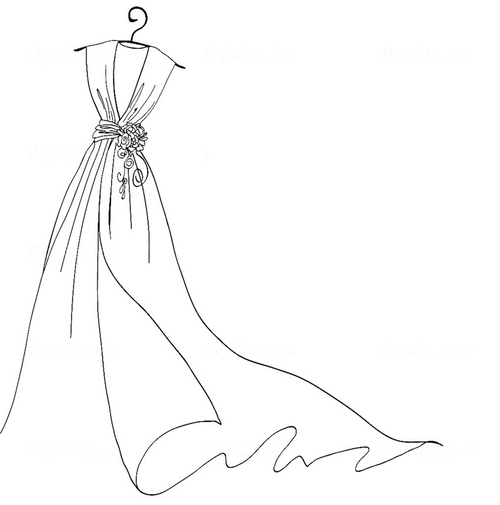 Galina Meshkova joined the world of fashion when she was five, wishing to decorate her straw hat. She cut its brims without adult permission, and made a bow from those brims, sewing it on with black thread. Her mother was upset but those at her kindergarten praised her innovation and, as she grew, her ideas met much approval.

After defending her diploma at the Theatre and Art Institute (now known as the Belarusian State Arts Academy) in 1976, Galina took employment at the Belarusian Republican House of Models. There were three houses of the kind in Soviet times: in Moscow, Tashkent and Minsk. She began by designing industrial clothing collections for state enterprises and admits that those were hard times. She lacked buttons in the necessary colours and zip fasteners, but had the strength and patience to prepare dozens of sketches quickly, liaising with those sewing, and travelling between factories (which she supervised).

The Belarusian Republican House of Models was the centre of fashion, leading Soviet fashion design from the late 1970s. In 1988, it was renamed as the Belarusian Fashion Centre, and began using technological novelties, further promoting Belarusian fashion. By 2012, the Fashion Centre was more than a leading producer of modern clothes for women, being a true Institute of Fashion, hosting seminars, contests and master-classes, and developing textbooks for use by private and industrial enterprises. It also organized fashion festivals, featuring collections by designers experienced and upcoming, from Belarus and abroad. 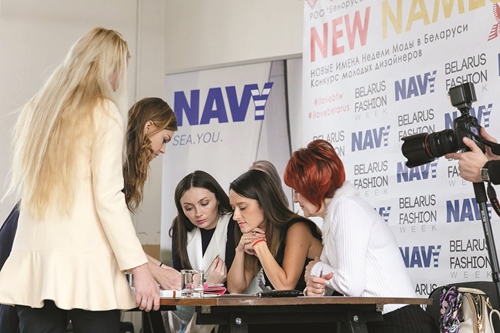 In 1982, Galina was appointed chief artist at PO Progress, heading an experimental laboratory developing communal services. She headed designer projects intended to inspire Minsk tailoring, while creating her own collections. She also initiated the Minsk Fashion Theatre, inspired by the Moscow Theatre, led by Vyacheslav Zaitsev. Nothing of the kind had been previously created. The synthesis of various art genres required major work from a team of specialists, who worked from sketches to create each performance’s image. During rehearsals, workshops were used to choose fabrics, and decorations were developed: embroidery, applique and beading. Themes included ‘Hermitage’, ‘Birds’, ‘Leaves are Whirling’, and ‘The Meeting’. Expertise was shared, strict classical forms combining with romantic decoration, so that blouses and skirts featured attractive trimmings, pleats and gathers, and colours embraced a full, subtle palette: not just pink, but rose, lilac and shades of nude.

Catwalks attracted specialists from all over Belarus, giving young desig-ners the chance to show their ideas. At audiences’ request, performances were held several times a week, and the media reported the Galina Meshkova Fashion Theatre to be a great success.

Fashion festivals and contests came into their own in the early 1990s, with Ms. Meshkova as their originator. Owing to participation in contests, she was aware of fashion trends and had the chance to chat with major players in the field, such as Russian fashion designer Vyacheslav Zaitsev, and Alexander Vasiliev, an historian of Parisian and Russian fashion, and a popular TV host. She also met one of the most famous industrial designers of Russia, Vladimir Zubets, and the director of the first Soviet privately owned tailor shop, Mila Nadtochiy. She became friendly with Pierre Cardin, who would take off his shoes to test the catwalk in his socks, to avoid spoiling the white linen flooring. 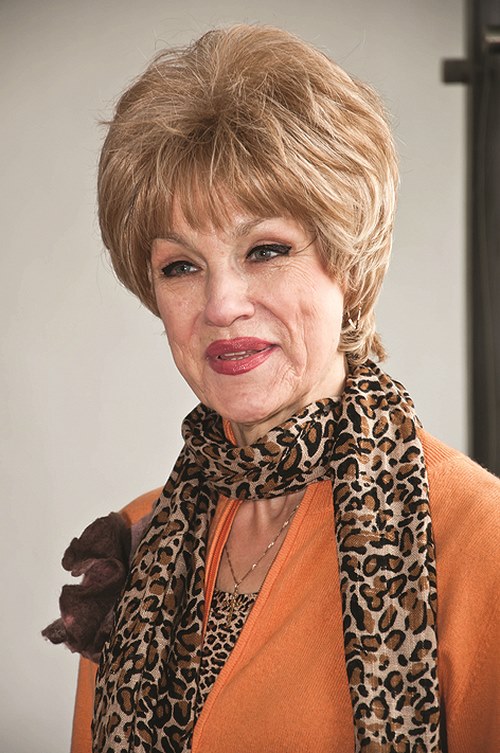 Today being fashionable involves a willingness to experiment

Annelise Mann, a manager of the Esmod French School of Stylists, inspired Ms. Meshkova to think more about the commercial side, including French marketing and shifting focus onto ‘real’ sizing.

Galina’s works have been seen at international and Republican fashion contests and festivals, under such titles as ‘Going to Work with Pleasure’ ‘Belarusian Primadonnas’, and ‘Happiness in My Pocket’. She has been a jury member over 60 times and heads some contests still: ‘White Amphora’, ‘Blue Snowdrop’ and ‘WorldSkills Belarus-2016’. Her authoritative opinion always meets with respect.

Ms. Meshkova has lectured at the Arts Academy for over 25 years and has taught such talents as Tamara Korako, Zhanna Kapustnikova, Lyudmila Labkova, Karina Galstyan and Yekaterina Bulgakova: famous artists of our modern time. Ms. Bulgakova has made costumes for the Bolshoi Opera and Ballet Theatre for over 14 years.

Not long ago, Galina received the ‘Contribution to Belarus’ Culture Development’ award. Her strength, patience, energy and positivity are incredible! In 2001, she became a founder of the Co-operation of Business and Artistic Women: a public organization headed by Natalia Khozyaeva. This move enabled Ms. Meshkova to realise her old dream of helping the artistic development and revelation of Belarus’ talented women.

In 2013, the National History Museum hosted a presentation of the first Belarusian multimedia gallery, ‘History of Belarusian Fashion’: the result of Galina’s many years of work. Soon, a book of the same name will be launched. 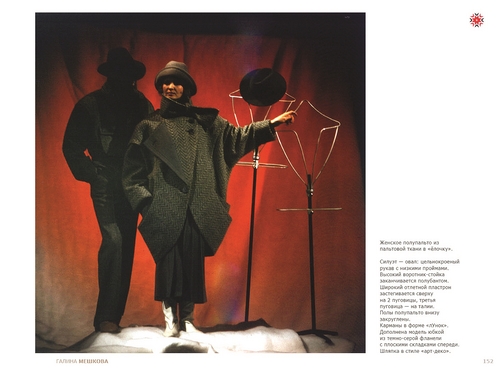 Galina, what is your book about?

I’d like to keep this a secret until release but I will say that it’s devoted to the development of Belarusian fashion, from the 1940s through until today. The Belarusian House of Models began its work in Minsk after the war, which was the start of the active development of our light industry.

Our national costume – like the Belarusian nationality – began its formation in the 13th century, and differed widely across various Belarusian regions. Southern women wore a belt resembling the Ukrainian plakhta, and their warmer climate dictated their clothing. Everyone wore a shirt – irrespective of age or social status, while belts acted as talismans: no house was entered without wearing your belt. Unmarried women were prohibited from appearing in public with their head uncovered, and embroidery tended to be red, symbolising life and protecting from evil. Black was also used, with geometric motifs placed on collars, sleeves and hems. Lyubov Butkevich’s History of Ornamentation tells us more.

What place would a Belarusian national costume occupy in the European rating?

Anna Barvenova, a Candidate of Art History, notes in her scientific paper that the Belarusian namitka (traditional headwear worn by Eastern-Slavonic women) originated in Western Europe in the 15th century (the Gothic Age). Clearly, the Belarusian costume definitely has a high rating..

Yes, and not only young people I’m happy to say. 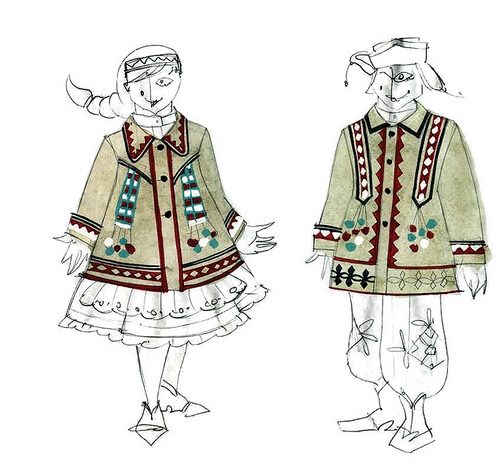 Belarusian fashion designers are known for their innovation and are followed with interest, gaining recognition abroad. I recall a collection from the Centre of Fashion, which we took successfully to China in 1994, called ‘ladies from the country of white marshes’. Every piece was made from our white linen. In 1997, Nina Ostapenko (‘Titanik’) and Alesya Andreyuk (‘La Scala’) joined the Dusseldorf Catalogue of European Fashion. Belarusian fashion is known for its elegant simplicity, unusual details and the focus on individuality.

Our street fashion has an international feel.

We live in an age of integration and globalization, so you can see similar styles in any country. People travel, bringing back clothes, which they wear in Belarus. As a European state, we wear traditional costumes, but our fondness for ‘eastern fairy-tales’ is seen in our love of Indian cashmere kerchiefs and cotton shawls.

What influences your own style?

When I was young, I lived in Algeria for some time, with my husband. I was a housewife and my husband worked as a translator from French. That period helped me realize how much I loved my chosen profession. I’ll never forget the north-African sun, the blue skies, colourful houses and roofs and white sandy beaches. I loved making raincoats, fur coats and summer dresses for French shops. On visiting the eastern markets, I was drawn to Arabian folk motifs on cotton wear and kerchiefs. I was happy to see how the two cultures blended and influenced each other.

What creates harmony in a look? And how did you create your own image?

True style doesn’t rely on luxury but an ability to create an ensemble. There are no rules, as clothes allow freedom of expression. Being fashionable involves a willingness to experiment. I’ve built my image by combining diverse elements, such as an unusual scarf or accessories. I always use belts to define my waistline and I wear bracelets.

What is the secret of eternal beauty and youth?

Be feminine and natural in your manners. Be sincere and charming in your communication and don’t be afraid to dream or embrace your inner child.