Equal rights of men and women in society, family and artistic expression are common for modern Belarusian life

Simple formula, or at the scales of gender equality

A famous Russian poet and singer-songwriter — Alexander Dolsky — has wonderful lines: ‘Accept your fate with pleasure and search for no other reasons; we’ve ruthlessly split into women and men…’ This difference — or genetic diversity — has always been a focus of people’s attention, since ancient times. It’s reflected in the world cultural monument — the Bible, as well as traditions of different cultures and nations, and numerous scientific studies conducted in the past and at present. Really, this is an objective reality and its positive apprehension would be the best solution. One day in the future, people would forget that a gender stereotype on women’s secondary position in the society once existed; it would be pushed out of citizens’ consciousness. As a person need two hands to enjoy a fully-fledged existence, the society and family need two sexes. Moreover, as gender researchers believe, differences between men and women are spoken of much greater than they exist in reality. 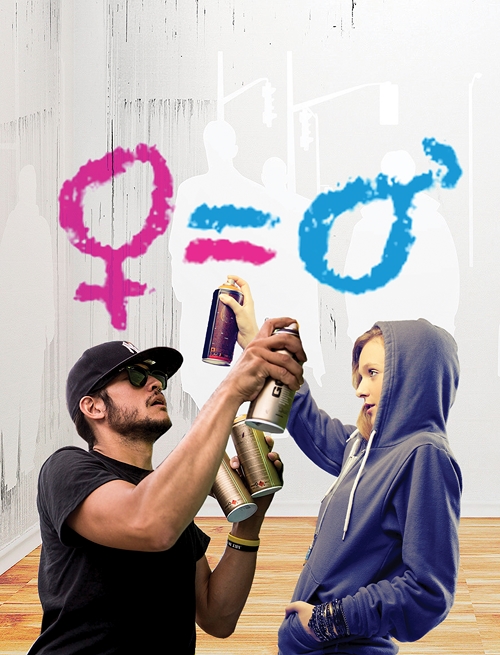 According to the International Labour Organisation, over 46 percent of Belarusian top managers are women — an impressive fact, of course. In Gomel Region alone, women occupy 56 percent of all leading positions at enterprises and different organisations — including the sphere of industry, trade, education, health protection, culture and public servicing, as well as businesses and the agro-industrial sector. The local regional executive committee annually hosts a solemn reception on the eve of the International Women’s Day; this year, it attracted women with many children and veterans of the Great Patriotic War — among other guests. Mayor Vladimir Dvornik was attending the ceremony. He thanked women for their contribution to the region’s social-economic development. “You are directing your natural capabilities along the necessary stream, achieving great results. At present, we have quite a few women who occupy leading positions in the executive authority structures, business and military and police agencies. 70 percent of women head structural subdivisions of city and district executive committees and 56 percent of all plant and company heads are women,” he said.

The policy of gender equality was launched in Belarus in 1995 when a Belarusian delegation took part in Beijing’s Fourth World Conference on Women. A global obligation was then adopted: to universally expand rights and possibilities of women; the Beijing Declaration and the Beijing Platform of Action were then adopted. Since then, certain steps were made to realise the documents’ provisions. In June 1996, a national plan of action to improve women’s rights for the period of 1996-2000 was adopted and its ideas were then developed and improved in a Republican programme: Women of the Republic of Belarus; the latter was approved by the Council of Ministers in August 1996. At that time, the formation of a national mechanism — which realises the state women-related policy — was virtually completed and the National Council on Gender Policy (at Belarus’ Council of Ministers) has become one of its elements. 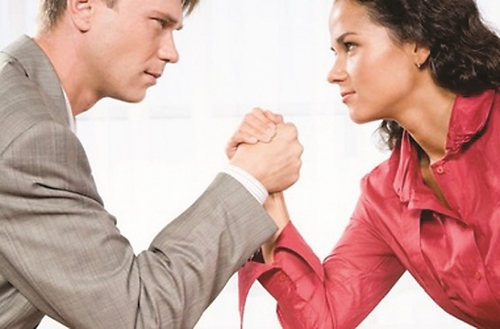 The National Council on Gender Policy was established in 2000 and is now a coordinating body aimed to implement a state policy of gender equality. It unites representatives of state structures and women’s non-governmental organisations, in addition to scientists. The necessity to set up the Council — which boasts a higher status and greater authorities in comparison to some agencies and ministries — had its reason: the world community views improvement of women’s position as the first step in achieving gender equity.
In 1997, the programme of state support of small entrepreneurship in Belarus was supplemented with measures to support female entrepreneurship and, in 1998, a Presidential decree approved the major avenues of the state family policy; the latter outlined measures to enhance economic independence of families and women. In addition, a document of the Council of Europe — Complex Approach to Problem and Men’s and Women’s Equality — was adopted in 1998 to become an important international guide to develop state programmes and laws to achieve gender equality.

At present, a national plan of action to improve women’s rights for the period of 2008-2010 is being implemented in Belarus. It was approved by the Belarusian Government in September 2008 to become the third programme document in the field of practical realisation of the gender policy (following the national plans for 1996-2000 and 2001-2005). The new document envisages different measures to further develop and improve laws and regulations, protect motherhood, fatherhood and childhood, not admit discrimination in employment and women’s real participation in management, in addition to some new advanced and efficient measures. A system of measures has been developed to enhance competitiveness of women on the labour market, to help in their employment via organisation of specialised fairs, training entrepreneurial activity and creation of conditions for women’s enhancement of qualification and re-training after their return to jobs (after a three-year maternity leave). Attention is paid to the issues of improvement of legislation aimed to prevent home violence and protect its victims, in addition to the problems of non-admission of sex discrimination and creation of conditions ensuring a fully-fledged realisation of men’s and women’s personal potential in all fields of activity.

Interestingly, Belarusian women enjoy a higher level of education in comparison to men: 55 percent of employed women and 38 percent of men have diplomas on higher education. Among those involved into the country’s economy, women with higher education account for 26.9 percent (20.2 percent for men). Among those registered as unemployed for over a year, there are 37.6 percent of women. Meanwhile, women account for almost 54 percent of all employed citizens of the country: 43.7 percent in the industrial sphere, 68.1 percent in the office structures, 46.5 percent of managerial staff and 74.2 percent of diverse specialists.

In 2013, the ratio women’s nominal monthly salaries against men’s stood at 74.5 percent.

Participation in politics and decision making

Belarus is among 27 countries of the world which have achieved a target figure of women’s participation in decision making: 29.5 percent of parliamentarians account for women and, in the Government, women head the Ministry of Labour and Social Protection, the Information Ministry and the National Statistical Committee. In December 2014, the former chair of the Novopolotsk City Executive Committee — Natalia Kochanova — occupied the post of the Deputy Prime Minister (becoming the first woman on this position in the Belarusian history).

According to statistics, men have on average 40 minutes of spare time on a working day, while women have 28 minutes. Men spend 2 hours and 12 minutes on reading newspapers and magazines, watching TV and surfing Internet, while women spend just one hour and 9 minutes. In addition, men sleep 8 hours 27 minutes a day and women — 8 hours 2 minutes.

According to Belarus’ National Statistical Committee, in recent years, 106-107 boys are born against 100 girls, with the number of men younger than 30 is higher than women. However, owing to migration processes and higher mortality figures among men, women prevail starting from 30 year old.

According to the UNDP, five years is considered to be a natural difference in the expected lifetime of men and women. In Belarus, this figure is more than two times more during the recent two decades: 10-12 years.