Belarus has already received 1.65bn Euros for the implementation of investment projects. A new strategy of interrelations with the EBRD is being elaborated for 2016-2018, as announced at a meeting between the President of Belarus, Alexander Lukashenko, and EBRD President Suma Chakrabarti. 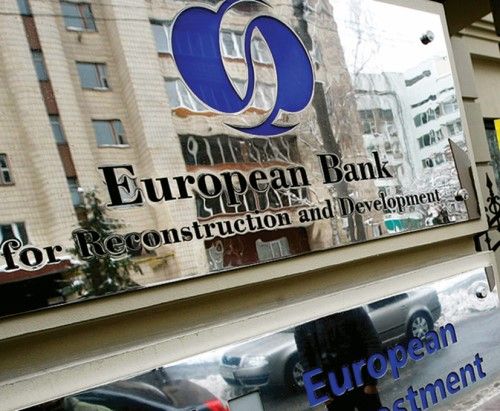 Mr. Lukashenko commented, “I’d like to ask the EBRD to consider removing all restrictions on co-operation with Belarus — especially in regard to state-owned enterprises — once they finish examining the situation in our country. The Government will show you state-owned enterprises so you can decide whether the bank can liaise with them on a wide range of issues.” He stressed that the Government will guarantee the reliability of any such collaboration.

Mr. Lukashenko underlined that Belarus is ready to offer options and consider EBRD proposals to further interaction with Belarus and, perhaps, via Belarus with other states. The President of Belarus has suggested a number of new ‘in country’ projects to the EBRD, including investment into public utilities. He notes that Belarus has done much to reform this sector.

Modernisation of public transport is another sphere of concern. As Mr. Lukashenko notes, “There is an outstanding situation regarding transit from east to west and vice versa, due to events in Ukraine. Belarus is the only safe and reliable route but the growing flow of transport via Belarus may overload our infrastructure. Accordingly, we are promptly modernising the transport system, both road and rail.”

Besides making its request to the EBRD, Belarus has asked the World Bank to support this initiative and has been received favourably. The Head of State has asserted, “We could resolve this issue within two years. If we do not, the flow of transport via Belarus could be too high for us to handle in future.”

The Belarusian President spoke of co-operation in agribusiness, noting, “We’ll be glad to see you interested in such projects. I understand that no serious problems exist between us and I guarantee that it will be the same in the future. You won’t have problems co-operating with Belarus. If we agree, we’ll guarantee this collaboration on behalf of the state, will support it and will do our best to make this co-operation efficient and honest, as well as safe and free from corruption.”

In his turn, the EBRD President mentioned that co-operation between the Bank and Belarus has been growing over the past three years, with the Bank investing over 700m Euros, despite restrictions. “I’m very proud of the fact that we’ve attracted good investors to Belarus,” noted Suma Chakrabarti, adding that he refers primarily to Stadler.

He underlined that the Bank greatly appreciates the role played by Belarus and thanked both Mr. Lukashenko and nation at large for acting as an intermediary in regulating the situation in Ukraine. “This is the most important issue in the region. It greatly influences both the economy and politics,” said Mr. Chakrabarti, adding that the Bank highly appreciates the role played by the Belarusian side.”

Mr. Lukashenko noted that Belarus is trying to help resolve the Ukraine conflict, with much work taking place ‘behind the scenes’.