Like the first satellite launched into space in 2012, the second will become part of the Russian-Belarusian space alignment and general system of remote Earth sensing. Created with the help from the National Academy of Sciences (funded by Union State programmes) the Standardisation-SG project aims to develop uniform requirements and rules for processes and for the standard technical documentation of space machinery. The programme was fully completed last December, with 69 standards developed: 29 by Belarus and 40 by Russia. 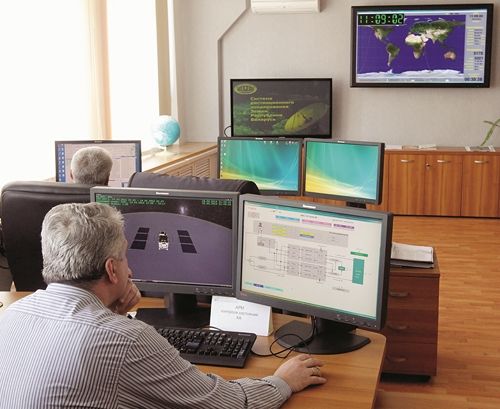 “The major problem has been solved,” asserts the Deputy Director of Geoinformation Systems, Boris Chernukha. “General regulations have been agreed to considerably facilitate the work of scientists and experts.” The project has used Russian and European space standards (ЕСSS) and those of NASA as its foundation. Uniform standards are vital in guiding all elements of space technologies and Russian and Belarus already use them. The Belarusian national satellite communication system is part of the ExoMars joint programme, being realised by the European Space Agency (ESA) and the Russian Federal Space Agency (Roscosmos), to develop software for the remote sensing of the Earth, (via the S.P. Korolev Rocket and Space Corporation Energia). Naturally, an integrated system of standards is required.

Another Union programme, entitled Monitoring SG, is connected with creating space machinery and related special equipment. The programme ordered by the Russian Federal Space Agency and the National Academy of Sciences was adopted in 2013 and is calculated for five years, costing about 2.5 billion Russian Roubles.

Executive Director Sergey Korenyako, the Head of the Department for Joint Space and Information Technologies Programmes, at the United Institute of Informatics Problems (UIIP), notes that a key task is the creation of import-substituting technologies. Although the programme has been operational for less than two years, results are already evident. For example, hyperspectral equipment for satellites has been created with no analogue in either Belarus or Russia. Basic components are being created at enterprises in both our countries, with meteor protection satellites created at the A.V. Lykov Heat and Mass Transfer Institute of the National Academy of Sciences of Belarus. Its information technologies allow great volumes of data to be transferred from satellites, without time delay.

Belarus’ national space programme, including its successful launch of a Belarusian satellite and the creation of an effective system of remote sensing, facilitated its full membership of the United Nations Committee on the Peaceful Use of Outer Space (COPUOS) in 2012. Within Union programmes, satellites are used to forecast weather, predict natural calamities, warn of fire and improve navigation.