Sergey Koval, the founder of the Victoria running club tells us about his main hobby which became his life business

Running, is life itself

Calm jogging before sleep, and dreams about a Minsk marathon. Sergey Koval, the founder of the Victoria running club tells us about his main hobby which became his life business 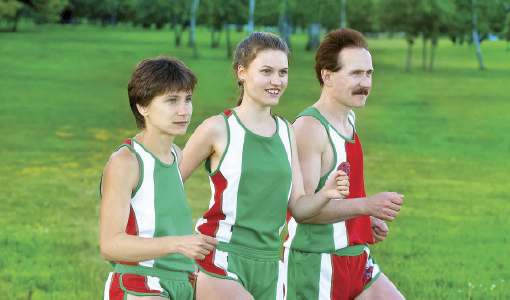 Sergey Koval, the founder of the Victoria running club tells us about his main hobby which became his life business


Sergey, when I look at runners, I think that you run in any weather — both in heat and in cold.

It is true. Many people run in the winter. At that time of the year, is even more pleasant: pure air, snow-covered paths, car exhaust gases are felt less. While in the summer, we try to run early in the morning or late in the evening. In hot weather, running duration decreases, and runners spend no more than an hour. By the way, a slow run in the evening, before sleeping, relaxes and helps you to fall asleep faster.

It seems that you run every waking moment?

Exactly. For me and my friends, running is a way of life, our main hobby. A person, who starts to actively run during their free time, plans their day taking their training into account. The outlook of the runner changes, they start to eat correctly and control their health. Overcoming new distances, the runner moves forward on the rungs of health and sets before new purposes.

I won my first serious distance, when I studied at school. We lived in Gorki, in the Mogilev Region. I remember that I really wanted to test myself and to run 20 kilometres. ‘Will I be able to do that?’ I thought. I ran and was not even tired, while my relatives were very excited. I usually spent no more than an hour on training, but at that time, I was not home for long. The next day, all of the school knew about my achievement. As a result, I ‘reached’ the rank of Master of Sports of international class in running at 100 kilometres. I was the first Belarusian to participate in the World Championship. Thus, I have never been a professional runner and combined doing sports with the basic work.

The Victoria running club was your idea and is known, not only here in Belarus, but also abroad.

It happened in 2006, originating in the Minsk sports and the Oktyabrsky health centre. But it all began much earlier. In 1980, a wave of the creation of running clubs was spreading through the USSR. Having gained experience from our colleagues, my friends and I organised our own club on the basis of the Minskstroimaterialy Production Association, and called it Victoria. In due course I changed work place and decided to take running more seriously, and the club ended. But 8 years ago, together with my wife, we decided to revive it. We organised our own track, premises and we also worked on advertising.

People come to us from all over the city! We have over 100 Minsk residents. Many members live in regions and even abroad. For example, Marina Novik comes from Belarus, but married a Norwegian and moved to Scandinavia. She consulted our specialists concerning training and subsequently organised her own marathon in Norway, later becoming the absolute winner of the Road of Life run in St. Petersburg.

Why do people join your club?

They want to find like-minded people and to go together to competitions. Maybe someone wants to lose weight. For such people we develop a special programme and create a training regime. Everyone has their own marathon. For someone it is 5 kilometres, while for another 100. But if someone comes to us unprepared, and wants to immediately run a serious distance, it is necessary to explain that one should train for several years. Our club has its own veteran runners — even those who are over 80 years old. For some of them, it is difficult to come to training. For such runners, we prepare a sparing programme of competitions (3 kilometres) and we exclude the competitive principle. On finishing all receive participation awards. The club does not have a children’s group, but if people come to us with the whole family, we welcome them. 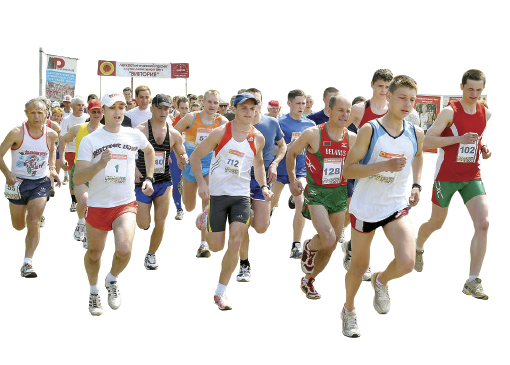 Everyone is a winner in this competition


How much does membership of your club cost?

Nothing. We are a non-commercial organisation. We give a gym for training, a running track and consultations of trainers. We organise joint tea parties for all the runners. We would like to exclude the exploitative relation to a club. If you are a skilled runner, then run for us at competitions; bring points into Victoria’s money box. Members of the club have duties: someone photographs running, writes on a site, makes videos, and someone helps to judge and to prepare a track for competitions. Sponsors give us basic support. Earlier, we held about 10 events. Now, it’s twice less, but we try to organise everything as qualitatively and professionally as possible. Of course, we go abroad at the expense of own money, but because of the high cost for travelling, we try to go to the nearest countries.

Who from the participants of the club has reached the greatest heights?

The marathon-runner, Igor Dolbik, in the under 55 age category, is one of the best in the world and twice took 2nd place in the World Championship among veterans. And the deaf-and-dumb runner, Roman Asaevich, broke Belarus records and has run more than 500 marathons.

I remember, how during a trip to Stockholm, I was surprised to see people running on the streets of the capital, not only with dogs, but even with prams.

How do you think, is Belarus also a running nation?

I live in the Minsk micro-district of Sukharevo and I often see how many people in the morning, or in the evening, go running. However, many run one by one and do not come on mass races, as it is frequently happens in Europe or the USA. Probably, we still are not ready to it. But, as they say, there is time for everything. I have one cherished dream — to hold a real international marathon in Minsk, so that people from different countries could run along Pobediteley Avenue. What is interesting is that many runners write us letters, saying that they like our country, and they are ready to visit us and run a marathon distance. And I believe that the day of the big international marathon will come.