In order to receive at least a social pension, one year ago, it was necessary to have labor experience of just five years

Reasonable care for the respectable age 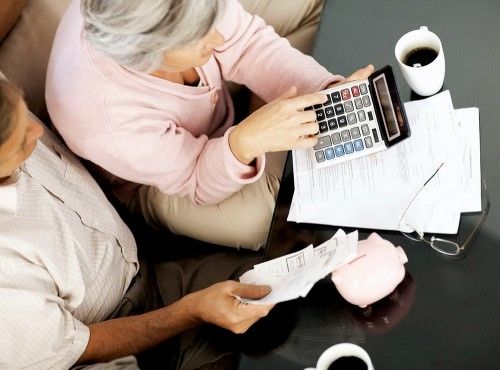 Those failing to meet the deadline will be assigned a pension equal to half the living wage: slightly less than Br700,000. Moreover, they will receive it just five years behind the schedule: men at 65 and women at 60. The Ministry of Labour and Social Protection of the Republic of Belarus explains that the act intends to motivate everyone to work for as long as possible, to ‘pay their way’.

It was once the case that, for every 3 or 4 working citizens there were two pensioners; however, the situation has radically changed, with nearly 25 percent of the population comprising pensioners (2.5 million people). In the last year alone, their number rose by more than by 37,000; the trend seems likely to continue, while the number of those employed will fall. Lyudmila Shakhotko, chief research officer at the NAS’s Department of Dynamics of Socio-Economic Systems of the Institute of Economics, tells us, “In the 1990s and early 2000s, our country saw a low birth rate. Accordingly, over the next decade, fewer people will reach working age and revenue into the Social Protection Fund will fall.”

The problem of an ageing population is topical globally, with many countries having to take unpopular measures: increasing pension age and reducing the size of pensions. Over the last two months, thousands of protesters have made their voices heard across the European Union, including exclamations of dissatisfaction near the Ministry of Economics in the centre of Athens. The crowd shouted such slogans as: ‘Stop taxes!’, ‘We cannot eat only nuts!’ and ‘Hands off our pensions!’. Benefits were cut by a quarter after Greece became a rigid economy. Meanwhile, thousands of citizens frustrated by pension reform took to the streets of Sofia recently. Nevertheless, like a tank, unpopular reforms continue.

The average labour pension this year in Belarus comprises at least 40 percent of the average salary, consuming the majority of the Fund for Social Protection: Br87 trillion (or 75.6 percent of all planned expenses). How far can the country continue moving in this direction? The likelihood is that the pension age will eventually have to be raised.

In Germany, pensions are not paid until citizens reach 67, while the age in the UK and Italy is 68. Meanwhile, average life expectancy there is approaching 80 years old, compared to 77 for Belarusian women and just 67 for men. Irina Tokareva, Head of the City Gerontological Centre, underlines, “The difference between life expectancy and retirement age should be approximately 12 years. Therefore, in our country, it is possible to increase it for women, but not for men.” The World Bank recommends that we raise the pension age of women to 60, by 2020, and extend it to 63 by 2026. It would then rise for all citizens to 65 years old by 2030. This would relieve pressure on the Pension Fund long-term, since contributions by those in employment are currently not stored as savings, but are paid directly to pensioners. An accumulative system would see payments set aside in a special account, with retirement pensions calculated accordingly. Such a move would depend on the development of the stock market and, of course, there is never a firm guarantee that shares purchased in large foreign companies will bring a return. However, on the whole, such a system is preferable and was launched in Kazakhstan back in 1998.

According to economist Alexander Sinkevich, another variant would be to introduce insurance: not especially popular in our country at present but successful in Europe. In Germany, pension insurance is obligatory, via an association uniting a number of corporations insuring pensions. This choice is still being discussed in our country, with all opinions considered, looking at the global experience and how it relates to our country. Naturally, everyone wishes to have faith in the state and to believe that they will be able to live comfortably and independently in old age. To this end, we need the state to create the appropriate conditions.


The specialist’s point of view

We should speak not so much of pension reform as of changes to what already exists. Our country has no pressing need to raise the pension age, especially when pensioners want to work, and often work beyond retirement age. On the other hand, it makes sense to raise the pension age for those who have failed to contribute for the most part of their life: it’s a fair and economically rational decision. Meanwhile, the accumulation system is far from simple; its use in Russia, for example, has been largely negative. We need to decide how to create an accumulative pension system with real advantages. Can private trust funds dispose of ‘pension’ money more effectively than the state? The question is far from rhetorical since we have little experience to draw upon regarding patterns of ownership and their economic effectiveness.

The pension system model has long needed reforming since the working population of our country is reducing in size. All Social Protection Fund money goes straight to paying current pensions, so where can we find additional resources to keep pensions at the current level? We have to either increase the pension age, or raise payments into the Fund: an unpopular and inefficient measure. The question of reform is very difficult, as it requires a meticulous program serving public interests, as well as considerable means. However, privatization of state owned sites could become a source of finance.