Oil prices are falling. Why is it happening? And how can it affect our country? Expert Dmitry Kruk answers our questions. 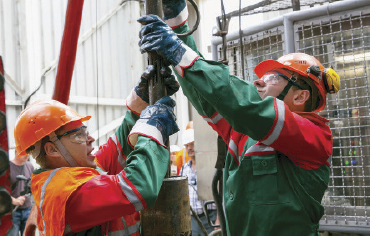 Oil prices come into motion for several reasons. First of all, there is a change in demand and supply. For example, the war in Iraq can lead to a decrease in production. And it means that the price will grow. But it is falling. Why?

We shouldn’t overestimate the scale of the fall in oil prices, which we have seen during the last two months. It happens after a significant peak. Currently, there are some fundamental reasons contributing to falling prices for black gold. The main factor is an increase in the volume of shale production in the USA and North America as a whole. For the last three years, gas prices have significantly fallen at the cost of introduction and the use of new technologies there. So consumers redevelop and try to replace oil with gas. At the beginning of this summer, when the conflict in Iraq  wasn’t so significant, waiting for the stabilisation of deliveries of Iraqi oil played no small part too. These expectations appeared against the background of an increase in delivery of Libyan oil. Changes in the financial market became also an auxiliary factor. The Federal Reserve Service of the USA gradually tightened its policy and consequently dollar has strengthened. But the increase in the volume of oil production is the primary impetus to falling oil prices, and macroeconomic factors only strengthened the trend.

I remember the situation with the oil glut in the 1980s, when oil prices reached a peak, and then sharply fell. The glut occurred against the background of a decline of the economy in western countries and the spreading of energy saving solutions, demand for which was generated by high prices for energy sources. Is it possible to draw an analogy?

That crisis was rather political and was connected with the limitation of volumes of deliveries of black gold. The current situation, on the contrary, is due to an increase in volume. There were energy saving solutions, now there are those, which make the extraction of resources easier. Today, price reduction is caused not by contraction of demand but by expansion of supply. So we can draw an analogy, but a mirrored analogy.

The Ministry of Finance of Russia expects a collapse in oil prices in the following years. In your opinion, how will the situation of prices on the world market develop?

International organisations forecast a decrease in prices but I think it will be very moderate. All American technologies on the increase in oil production will bring a profit only at relatively high prices. If they conditionally decrease to $70 per barrel, I doubt that shale production in the USA will be profitable. So in the next year and a half we should expect a smooth lowering of price and some fluctuations will accompany this process. For example, an aggravation of the situation in Iraq may cause a short-term price increase.

In Belarus, net income from the oil business is 12 percent of GDP. How can the fall in oil prices affect the Belarusian economy?

When prices for crude oil and oil products change simultaneously, higher prices improve the balance of foreign trade. But dependence on price isn’t too big. Even when it changes significantly, the balance of visible trade of oil and oil products remains in a predictable corridor. For us volumes are more important. The bigger they are, the better it is in the context of the trade balance and added value. Moreover, it encourages the development of other sectors of the economy.