The Belarusian model of social-economic development is 20 years old

The Belarusian model of social-economic development is 20 years old


Model of social development is based on principles of protection for those with small incomes. Every sphere works together to ensure the common good. 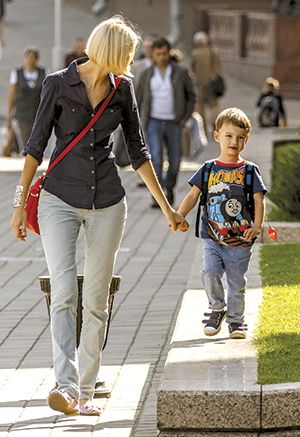 As a rule, those criticising the present development model tend to focus on economic factors — which account for just 30 percent of success. The remaining share belongs to social conditions — including equal rights, fair and guarantees of social protection. As in the military sphere, economic results are rooted in spirit rather than in machinery. Unsurprisingly, in recent times, foreign experts have begun assessing country development not upon GDP but upon social indicators, and public mood. Belarus is always placed in the middle of these social ratings (sometimes above countries viewed as prosperous).

At present, the Republic is ranked 53rd (among 187 states) for ‘happiness’, above the USA (104th). Regarding human potential, Belarus is placed 65th — among states boasting a high level of human development. Moreover, Belarus is ranked 34th for level of education, 44th for health care, and 26th for maternity conditions (among over 170 countries).

The trends are clear, showing that our development model aims not only to multiply consumption but to improve standards of living, based on principles of equal rights and justice. The idea was recently confirmed by an International Monetary Fund study, which concluded that social disparity leads to less sustainable (and slower) economic growth. The IMF research indicates that governments need to concentrate on raising living standards for those in the middle and lower layers of society — as has been the aim in Belarus for over twenty years.

Social protection is evidence of valuing human resources. Economic success is vital but we are not robots; trade and business rely on relations between people. With this in mind, the IMF admits that approaches used by US financial institutions (and, later, by those in the EU) have led to the number of ‘poor’ worldwide quadrupling: just 61m people receive the same income as 3.5bln on low incomes. Every Dollar in the pocket of a wealthy person equates to just 1.7 cents for those who are ‘poor’.

This high level of disparity negatively impacts labour efficiency, and the educational achievements of those on limited incomes. Many fail to fulfil their potential, since they cannot afford further education. Moreover, lack of essentials, including food, and lack of prospects can ignite a touch-paper for discontent. Disparity of income brings war and conflict.

The three pillars of the Belarusian model are provision of social guarantees, aspiration for parity of income and fair public order. To achieve this, a strong state and a strong active leader are needed — to drive forward to the young economy. It takes just six months to engage a new consumer but production takes years to be established; moreover, the latter requires stability and order.

Where the state is weak, we cannot hope to move smoothly from an administrative to a liberal-market economy. With this in mind, the state retains influence across all spheres; what else would work in such transitory times? We can overcome anything — including loss making enterprises, lack of competition and low labour efficiency. However, we must ensure that the Belarusian development model works in application.


Family values are in trend

Representatives of the older generation often say that today’s youngsters have different values. However, we can and should argue with them. A recent sociological survey conducted in Belarus shows that young people in Belarus aspire to the same goals as their peers several decades ago. More than half of respondents put material wealth below other kinds. The major priorities of Belarusian youth are to create a strong and happy family, to bring up children, and to remain in good health. Material values take a back seat while one in three thinks about career advancement and one in four think how to organise one’s own business is the most important thing for them. 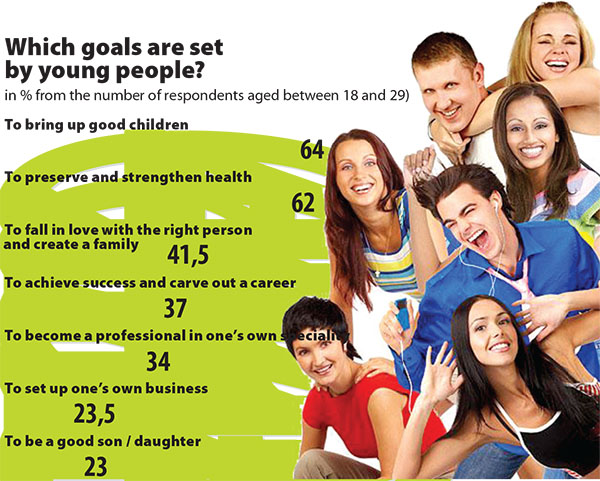 Last year, demographers registered a record birth growth for the first time in two decades: 118,500 babies were born in Belarus

The 2015 results are expected to continue this positive trend. However, any demographic rise is an additional challenge for the social infrastructure, primarily for the new residential districts in Minsk and those regional centres that lack places in kindergartens. Officials are working to solve the issue to the benefit of young families and, every year, at least ten new kindergartens are being built across the country. According to the Deputy Prime Minister, Natalia Kochanova, there will be eighty more establishments built by 2020.