The National Assembly’s House of Representatives hosted a meeting with members of PACE’s preliminary mission for the observation of Presidential elections. The event’s keynote was to demonstrate that our country is ready to render all possible assistance for the realisation of its mandate. 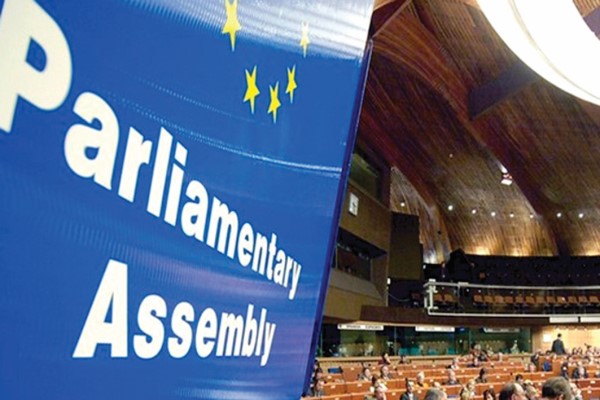 On welcoming the guests, the Chairman of the House of Representatives, Vladimir Andreichenko, said, “We are pleased to meet again with PACE representatives and hope these contacts will become a good basis for further co-operation in all issues of mutual interest. As a result of the elections, our Parliament is ready to take into consideration all the recommendations of the international observers. Where necessary, we will make changes to election legislation in the future.”

The Head of PACE’s preliminary mission, a Turkish parliament deputy, Reha Demenec, thanked the chairman for the invitation to participate in observations of the Presidential elections. Over a month of election campaigning lies ahead and, with this in mind, Mr. Demenec commented, “We are here to receive information from your side, also to listen to your recommendations and proposals.”

The Chairman of the Council of the Republic, Mikhail Myasnikovich, replied, “We are fully open to dialogue and discussion of all issues.”

In turn, Mr. Demenec stressed, “Belarus is a unique country in a positive sense. In this respect, we are keen to receive more information about it from you.”

The PACE delegation should have been headed by an Armenian deputy, Arpine Ovannisyan. However, she was recently appointed Armenia’s Justice Minister and so the Turkish parliamentarian leads the mission. The team of observers also included Andrea Rigoni, the present rapporteur of the PACE`s Committee on Political Affairs and Democracy.

Vladimir Andreichenko, the Chairman of the House of Representatives:

It’s of principal importance for political competition that the election campaign is held in full accordance with Belarusian legislation. It should be held against the background of public order, peace and concordance. We have seen the results of the lack of political responsibility in other states — including our neighbours. The result is economic chaos and refugees; both the country and its people suffer where systems fail.