In 1998 a tradition was born: every year, Belarus celebrates the Culture Worker Day on the second Sunday of October.

Not by bread alone...

In 1998 a tradition was born: every year, Belarus celebrates the Culture Worker Day on the second Sunday of October. This time, over 65,000 Belarusian writers, poets, artistes, painters, singers, musicians, museum and gallery workers, librarians and heads of artistic teams have celebrated their professional holiday.

In 1998 a tradition was born: every year, Belarus celebrates the Culture Worker Day on the second Sunday of October. This time, over 65,000 Belarusian writers, poets, artistes, painters, singers, musicians, museum and gallery workers, librarians and heads of artistic teams have celebrated their professional holiday. 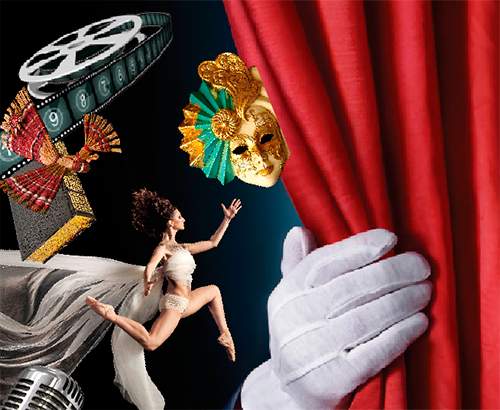 An opinion exists that a person’s evolutionary task is to transform himself — through world outlook and self-study. This path is cultural, which is really so. Through culture, people would get acquainted with the best angles of the world, while studying what is admissible or not on the basis of the best cultural examples. Moreover, they would find solutions to what should be done to improve our surroundings. In this respect, the Belarusian President’s speech at the ‘For Spiritual Revival’ Award ceremony (honouring figures of culture and arts) comes to mind. He then voiced some vital ideas of culture which define the lifestyle of a person and the society in general.

Mr. Lukashenko then said, “For many centuries, philosophers have been arguing on what is primary: matter or spirit, the sublime or carnal. While looking at all those present today in this hall — those who represent the cream of our Belarusian clerisy — I’m unconsciously searching for an answer to this eternal question. No doubt, the humankind would not exist without the material welfare but each of us possesses something which could hardly be described in words: this is a divine spark, a spiritual flame which makes us think, feel, love, suffer, dare and act. The man does not live by bread alone. Even strong ancient empires ruined and died if lost their people-uniting ideals, morale and faith which turn people into a nation and a place of residence into the Motherland… Our spirituality, art and culture are a blood system of the society responsible for the vitality. The state realizes this and, accordingly, did, is doing and will do everything possible to multiply this greatest achievement — to ensure that each talent comes to light and no artistic impulsion dies.”

These words best of all confirm that the sphere of culture embraces not merely clubs and entertaining facilities (in their primitive understanding) but the nation’s spiritual and intellectual potential and the eternal preservation of its richest heritage.

The Belarusian culture is unique and its styles, forms and trends are diverse. It’s rooted in the pre-Christian, pagan epoch, being formed through centuries. Our forefathers — like all Eastern-Slavonic tribes — were pagans. This form of religious consciousness existed for a long time, leaving a deep trace in the culture. Original architectural and arts schools operated in the Belarusian territory and unique musical and literary masterpieces were created. All of them are now state protected, being kept at the major Belarusian museums and libraries. Classical Belarusian musicales and drama pieces are staged at the theatres and performed at the concert halls. Really, Belarus’ modern cultural life is interesting and accessible for Belarusians and guests alike.

The Belarusian fine arts differ in genres, styles and trends and the best pictorial and sculptural works are kept at the country’s national museums, with the National Art Museum boasting the largest collection. It actively promotes our national art and regularly hosts exhibitions by Belarusian painters. The Vitebsk Art Museum, the Mogilev Regional Art Museum and the Polotsk Art Gallery also keep interesting collections. In addition, all district centres run their own art galleries, featuring pictures drawn by Belarusian artists.

The country’s musical art also strives to preserve its national traditions, while simultaneously developing popular modern styles and trends. Pieces by Belarusian composers, global classical and pop music are performed by professional and amateur musicians. Many musical bands of the country enjoy popularity; among them are the Presidential Orchestra of Belarus, Mikhail Finberg’s National Orchestra of Symphonic and Pop Music, the State Academic Symphony Orchestra, the State Academic Choir Capella (named after G. Shirma), the Chisty Golos vocal band, and the Syabry and Pesnyary vocal-instrumental ensembles. Not long ago, the Maxim Gorky National Academic Drama Theatre successfully premiered the performance dedicated to the memory of Pesnyary’s founder and permanent head — Vladimir Mulyavin; the show was staged by an Honoured Figure of Arts, Valentina Yerenkova, on the basis of Vasily Dranko-Maisyuk’s play.

Belarus hosts diverse festivals, representing all sorts of genres and musical trends. The International Slavianski Bazaar in Vitebsk Arts Festival is a symbol of the country’s festival movement; it attracts popular artists from all over the world.

Belarus’ professional theatre has developed from ancient folk traditions, artistry, wandering actors, court troupes of Belarusian magnates and amateur teams. At present, 28 state theatres and numerous amateur troups operate in the country — including puppet, drama and musical theatres. The National Academic Bolshoi Opera and Ballet Theatre is most widely known; its performances have conquered hearts of domestic and foreign theatre lovers. Belarus’ theatrical life is rich in bright festival events, including prestigious theatrical festivals gathering troupes from all over the globe. Among them are the Belaya Vezha International Theatrical Festival (held in Brest), the Panorama International Festival of Theatrical Art (Minsk), the Teart International Forum of Theatrical Art (Minsk) and some other forums.

Cinema art is also developing quite successfully in the country. While continuing traditions of the past generations, our modern Belarusian cinema is searching for new paths of development. Our domestic films win awards at prestigious festivals: In the Fog — directed by Sergey Loznitsa and shot by an international team on the basis of Vasil Bykov’s novel — won a special prize of the FIPRESCI International Film Press Federation at the 2002 Cannes Festival. Moreover, many joint film projects, attracting cinematographers from abroad, are realized in Belarus: Nikita Mikhalkov, Piotr and Valery Todorovskys, Dmitry Astrakhan and Alexander Sokurov directed their films at the Belarusfilm Studio. The arrival of Emir Kusturica is anticipated; the director is to shot a film on Belarusian partisans. Festivals are also held and the public especially appreciates the Listapad Minsk International Film Festival and the Listapadzik Contest for Children and Young People.

The Belarusian culture is the national history. Crafts of our folk masters take their roots in the past and, while continuing the traditions of our forefathers, it’s possible to get acquainted with their lifestyle and even plunge into the Medieval Ages. Meanwhile, new crafts are also spreading, such as bead weaving and making articles from modern materials. Our Belarusian folk crafts are known globally; these are popular wood cutting, ceramics, straw encrustation, weaving and embossment. Individuals and teams are involved into folk crafts; the latter are united by workshops which operate even in small towns. Their works are shown to public during holidays and are exhibited at the fairs and museums. 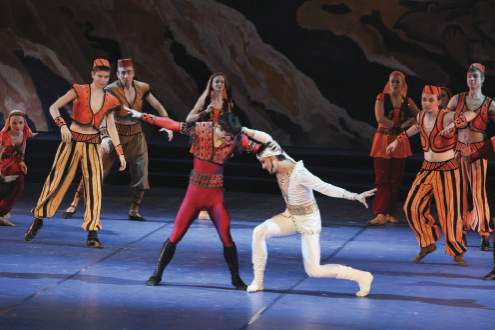 The country also hosts culinary festivals and our Motol Delicacies is already an international forum. It aims to revive culinary traditions of Belarusian Polesie.

Really, culture is a complicated and many-grade system; over two hundred definitions exist. However, although the latter could be really correct and universal, it’s well recognized that culture could not exist outside the man. As ancient philosopher Democritus believed, culture is another nature. Meanwhile, Jean-Paul Charles Aymard Sartre said that culture is a handiwork in which people are searching for their reflection. In his view, a person could recognize himself in culture, being able to distinguish his true face in this critical mirror.

As it’s known, people’s creativity could differ and it’s not always comes as a part of true culture. Accordingly, a system is needed to regulate each form of the culture-related human activity. Moreover, not only rights but also obligations are needed for those who are involved into a cultural process. Legal acts in the field of culture already operate, in addition to the Culture Ministry which aims to protect the spiritual and intellectual national sovereignty. This agency aims to initiate and promote the best public ideas, contributing to  accepting the cultural example which would strengthen our country and ensure it would not be lost in the course of time, preserving its heroic character and sacred legacy of our forefathers.

With this in view, our Culture Ministry supported the trend of a collective idea generation and, in January 2012, proposed a draft concept of the Culture Code for a public discussion (to be finished in 2015). No document of the kind exists worldwide but Belarus plans to unite all legal acts in the field of culture which are operational in the country. As the First Deputy Culture Minister, Irina Driga, explains, this experience would become a great contribution into Belarusian and global culture-related legislation.

In 2015, several interesting cultural projects are planned. As part of the celebrations devoted to the 70th anniversary of the Great Victory, a large scale project — Choir Assembly — would gather Belarusian and foreign teams. In turn, the National Art Museum is launching a global project: the establishment of a museum quarter. The Castles of Belarus programme will continue, focusing on Grodno, Krevo, Novogrudok and Olshany castles. In addition, Polotsk’s 12th century Transfiguration Church’s frescoes will be restored.

Moreover, a Centre of Contemporary Arts is supposed to open in Belarus next year (centres of the kind already operate in Russian and Europe), aiming to support modern artistic trends. Events dedicated to the 100th anniversary of Vitebsk’s famous UNOVIS (founded by Chagall and Malevich) will be prepared. In addition, the National Belarusfilm Studio will be restored in 2015 to become a Europe-style modern complex.

All these projects are run by people with pure feelings, emotions, skills and abilities. The latter are also important elements of culture which embrace our spiritual life and outline its style. If we are able to manage our own inner world, to control ourselves and enjoy new events, then the style of our action would please those who surround us. This style would be then special and unique, having nothing in common with artificial smiles. 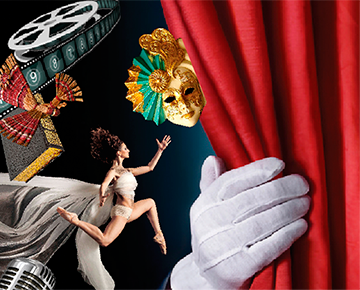