No escape for illness thanks to stem cells

The Centre is the first to widely use stem cells in its treatments. It operates over a modest few rooms and an operating room, with a total area of 380 square metres, at the polyclinic of the NAS of Belarus. Its staff comprises several experts and has big plans. NAS research supervisor Igor Volotovsky comments, "We are results-focused, using business ties developed during the fulfilment of the recently completed Union programme on using stem cells for treating serious illnesses. Other participants from Belarus include the Belarusian State Medical University, the Belarusian Medical Academy of Post-Graduate Education, and the 9th City Clinical Hospital. Already, even at this stage, we’ve managed to develop basic treatments for such illnesses as chronic trophic ulcers, which are consequences of diabetes and sclerous diseases. With colleagues from the Emergency Hospital’s BSMU Surgical Department, including Stanislav Tretiak — a chief correspondent member of the NAS of Belarus — we’ve treated 25 such patients: 24 patients with ulcers are now dramatically improving.” 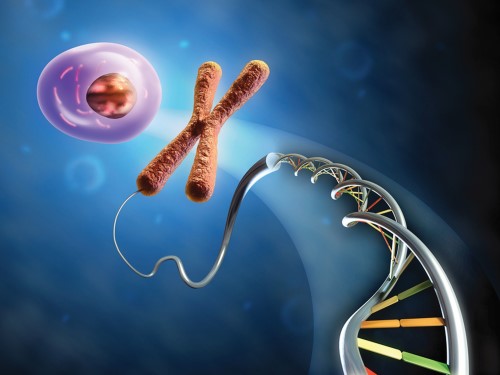 The clinic is now preparing patients for stem cell transplants, isolated from adipose tissue and grown (with the help of fission). The Institute of Biophysics’ equipment is unique, meeting international GMP norms. Mr. Volotovsky takes me to view the process, looking through the double windows of the sluice chambers, since sterility requirements are strict. The rooms are equipped with microscopes, centrifuges, sterilisers and special refrigerators. He explains, “Source material is put into a special ‘matrass’, where stem cells replicate.” He indicates a small transparent plastic bottle with an orange cover. “One cycle takes 20 days and, to treat one patient, we need five million cells identical to his own. All reagents and medical ware are currently imported as, unfortunately, attempts to replace them with domestic versions are yet to be successful.”


Preparations containing authentic stem cells can be held in various forms — including a gel or an injection. These substances are part of the patient’s flesh. Treatment occurs at the Centre of Cell Technologies, which has already concluded agreements with the largest Russian scientific centres, using their developments. Mr. Volotovsky asserts, “We’ve concluded an agreement with the St. Petersburg Institute of Cytology of the Russian Academy of Sciences, regarding use of ‘Dermal Equivalent’, for treating burns, the degeneration of gums, and bedsores. We’ve agreed with the Moscow Institute of Transplantology of the Russian Academy of Medical Sciences about the application of ‘Sferogel’, for treating diseases of the joints. We hope to solve ‘the problem of the century’, as this illness is called, as it can cause loss in mobility. Meanwhile, our preparations and those of our Russian colleagues, created using stem cells, are much cheaper than imported analogues.”

Russian preparations are now undergoing medical certification in Belarus: a rather costly and lengthy procedure. However, from 2016, we should have uniform certification for medical preparations across the whole Eurasian Economic Union. This will considerably accelerate and facilitate the application of cell technologies in Russian preparations at the Minsk centre, and vice versa. We’ll reach a new level and plan to double our floor space, with new rooms and laboratories, including a bank of stem cells. The list of illnesses treatable with such technologies is sure to extend.