Agro-ecotourism has been steadily developing

Agro-ecotourism has been steadily developing, with the range of services on offer ever growing — beyond mere accommodation and food.

Around eight years ago, the chance of earning your living by running a homestead was viewed as the ultimate idyll by Belarusians. Agro-ecotourism has been steadily developing, with the range of services on offer ever growing — beyond mere accommodation and food. Guests seek new experiences and knowledge, which cannot be acquired in the city. 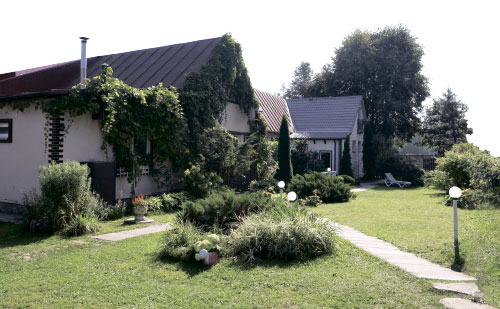 
Rural businessmen are creative and meticulous, always eager to stand out from their neighbours, proposing unique products. In addition, they have to be competitive: from 2006-2013, the number of homesteads rose 10-fold — reaching 1,881 in number. Interestingly, despite most people thinking that pensioners tend to run such accommodation, many young people are now moving from the large cities, to undertake the rural dream.

Belye Luga (White Meadows) farm is being run by the Radyukevich family, in Korelichi District, bringing new life to the almost ‘dead’ village. In 2010, the family (with help of the local authorities) began its search for heirs of abandoned houses in the village of Tinevichi, to try and purchase the properties. Those which were impossible to restore were demolished and new blockhouses used instead. At present, the complex comprises three buildings for accommodation; by the New Year, repairs will be complete on another seven. Interestingly, the new owners are attempting to revive an early 20th century atmosphere, covering roofs with wood lath, and returning to high ceilings, whitewash painted walls and stove heating.

Each homestead has its own tavern and stage, with the hosts roping in their neighbours to help. Of course, each homestead owner hopes to achieve something unique, regardless of outside help. Another farm, in  Volozhin District, certainly has its own flavour and it’s impossible for guests to become bored, since neighbouring farms pull together to offer a variety of activities. All owners are eager to sustain their reputation in the region. 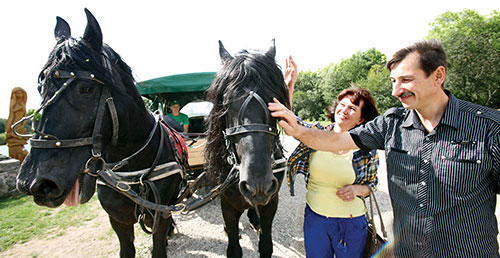 
The US International Development Agency has initiated a Local Entrepreneurship and Economic Development project, being realised by the UNDP, to offer ideas and support to prospective homestead owners. As a result, 17 destinations have been created in Brest and Grodno regions. Stolin District calls itself the Polesie Amazonia, inviting guests to explore the marshes, while the Kobrin and Zhabinka districts are proud of their ‘From the Varangians to the Greeks’ route, with a dragon ship and raft available for ‘cruising’. It’s sure to prove a hit with tourists. Even language is no obstacle, since many hosts have learnt foreign tongues. Last year, just 18 percent of guests (271,000) came from abroad (mostly Russian) but the number is growing, so knowledge of foreign languages is a great help.

Independent development is great but experts do advise businessmen to consider their ‘customers’ carefully, to tailor services appropriately. The Chair of the Country Escape Agro- and Eco-tourism Public Association, Valeria Klitsounova, explains that many of those running homesteads in Europe inherit a family business, so grow up with knowledge of how to manage everything. Few Belarusian young people are eager to remain in their villages and those who set up a business may be thinking primarily of commercial profit, rather than working with love and soul. Of course, such young heads may have good ideas for business promotion and, if successful, would be wise to encourage their children in learning the ropes, while showing them that rural life can be fun.

The Director of the Sports and Tourism Ministry’s Tourism Department, Vadim Karmazin, notes that most hosts are self-employed, so need to make provision for their own retirement, since they won’t qualify for a state pension. Regular savings can be made with a social protection agency but, at present, only 10 percent are making such preparations. 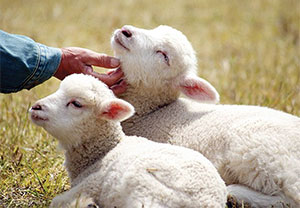 The farmer was born and educated in Syria but, in 1975, came to the USSR to study at Gorky Agricultural Academy, where he met his wife and married. After graduating, he took his family to Syria but, later, they all returned to Belarus. Initially, he worked at a state enterprise but then decided to set up his own sheep breeding business, having bred sheep in Syria.

“Of course, I wouldn’t have succeeded without state support,” admits Abdulovich — as many local villagers call him! “There’s no doubt that I took a risk, having sold my flat and garage. I took out a loan to buy 225 sheep,” he tells us. In fact, he now owns 25 hectares of land and over 300 animals. Needing less water and food, he finds sheep more profitable to breed than pigs or cows; moreover, they rarely fall ill and are able to have lambs twice a year.