Grand military parade in Beijing dedicated to the 70th anniversary of end of WWII attended by Alexander Lukashenko. 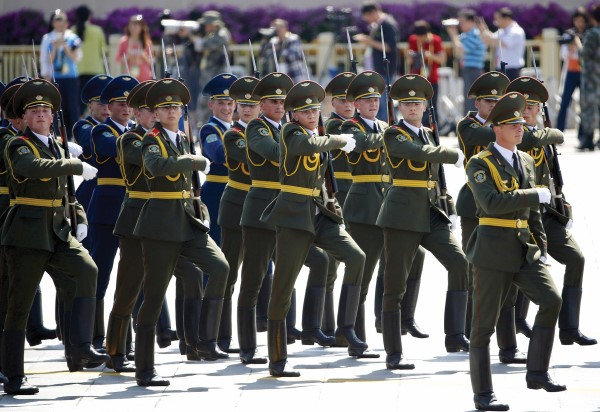 Belarusian and Chinese military march together in parade


The parade featured 12,000 military, and around 500 units of 40 types of machinery. It proceeded along Tiananmen Square, followed by over 200 planes and helicopters. It is China’s first ever such military display, with around 84 percent of the impressive machinery on show for the first time.

Of course, the event was more than a demonstration of power, as the Chairman of the People’s Republic of China noted. He assured those gathered that his country is committed to peaceful development. He promised that whatever high degree China reaches in its development, it will never seek hegemony or geographical expansion, never inflicting ‘its past suffering on any other nation’. Symbolically, thousands of birds and coloured balloons were released into the sky over Beijing at the end of the parade. 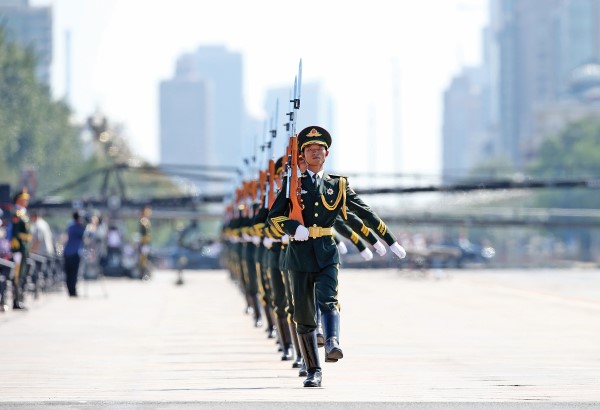 Belarus emphasises that it respects each nation’s right to equality and sovereign path of development; these are values purposefully and persistently promoted by Belarus in its foreign political dialogue. In this respect, it shares a standpoint with China, as a like-minded ally.

The celebrations in Beijing were attended by presidents, heads of government and representatives of 50 states and international organisations, which speaks much of the respect in which China is held.

The closest partners also sent their military to take part in the parade, with the festive march of foreign guests opened by Belarusian soldiers and closed by those from Russia. From this, we can draw conclusions on China’s priorities of international co-operation.