Mikhail Finberg: ‘This is a singing ‘bazaar’, not just singing along’

Conductor Finberg talks about variety shows, why the Vitebsk contest is unique and why he cannot afford to relax, even during holiday time

Following Slavianski Bazaar in Vitebsk awarding National Academic Concert Orchestra prize for ‘Through Art to Peace and Mutual Understanding’, conductor Finberg talks about variety shows, why the Vitebsk contest is unique and why he cannot afford to relax, even during holiday time 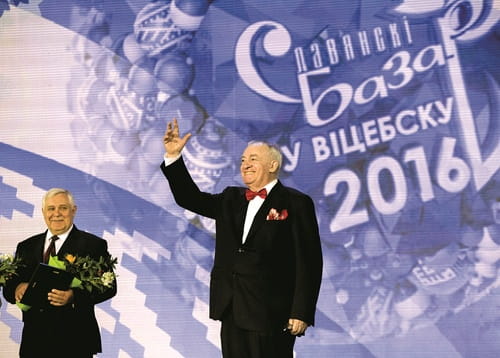 You press two buttons — and you’re there

This year, the Slavianski Bazaar celebrated its 25th anniversary, and it was you who opened the festival…

I’m proud to have worked with this musical forum for 28 years. This is not a slip of the tongue: prior to the ‘Slavianski Bazaar’, the All-Union Festival of Polish Songs used to take place in Vitebsk. Our orchestra participated in that event. I remember measuring the Summer Amphitheatre stage in the early 1990s with my feet...

Does today’s festival differ greatly from the first Slavianski Bazaar?

It’s still a singing festival rather than singing along. We’re preserving melodious songs. Today, musicians tend to create ‘sound art’. With electronic music, it’s so simple: you press two buttons and you’re there. Performance mastery has declined. Soviet artists had bright, powerful voices. Nowadays, having a good voice isn’t essential. Luckily, contestants from across the former USSR who still remember the former performing manner, come to Vitebsk every year. Some sing better, some worse, but all are worthy.

When you were collecting your prize from Alexander Lukashenko at the Slavianski Bazaar, you delivered a lovely speech in Belarusian…

I love my country and I’m proud of having been born here. I don’t ever think of awards, I’m just doing my job. Originally, we lacked equipment, having to borrow it from the Poles. Later, we gained our own, thanks to Alexander Lukashenko. I don’t know how we’d work without his support. 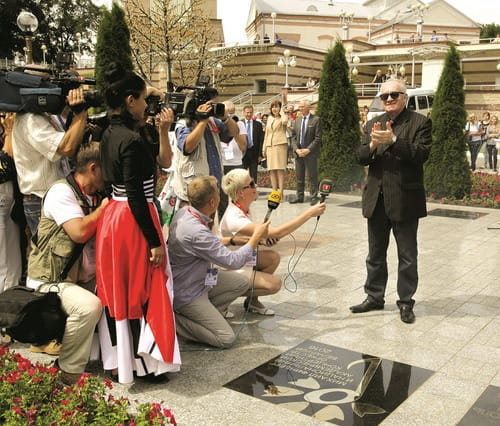 Which is more important for a performer today: showmanship, charm or voice?

It’s not just voice that’s appreciated, but the ability to use it and to choose a proper repertoire. Showmanship is important for ‘Eurovision’; that’s why I haven’t watched it for quite some time. Although, I should, as a musician, as I need to know the trends. However, I can’t bring myself to watch!

Sergey Lazarev had great stage presence and presented a good ‘show’ but he still only came third.

Lazarev is a good singer. I’ve known him for a long time. I was lucky enough to work at ‘Eurovision’ when all performances were accompanied by a live orchestra, in 1995. Philipp Kirkorov was representing Russia, and Alla Pugacheva came to support him. Once, during a rehearsal, we scored them, then compared our scores with those of the contest’s final results. We had almost no matches. We’ve been brought up differently, relying on voice. However, for the past 20 years, it hasn’t been the deciding factor.

Top places don’t matter. What does matter is how an artiste develops, after one or two years. Many of those who are awarded the ‘Slavianski Bazaar’ Grand Prix disappear. It should be understood that, following your victory, no one takes you by the hand, like a child. You have to find your own way and work hard.

Our orchestra did, too. We performed on the ‘Guess the Melody’ show. People came to recognise us. After that, we gave concerts at the Kremlin, and at Rossiya Concert Hall. We were invited to take part in ‘Blue Lights’ [a new year show]. I’m thankful for having experienced all that in Russia.

When does a singer become a star, in your opinion?

This is a stupid word, and makes fools of many people. When tickets for your concert are sold out, then you’re a star.

You’ve worked with many performers over many years. Do you notice them changing over time?

It depends. Some change for the better, some begin to look down on others and cease progressing. They don’t think about their vocals as much as their popularity and what to wear, or what to say in interviews. Many only lip-synch, which I’m categorically against. I won’t work with anyone who lip-synchs.

What do contemporary performers lack?

Contemporary music lacks harmony. I was driving recently, and turned on the radio, to hear so much that was unworthy! No melody, no voice, no harmony, nothing! In the past, it would have taken effort to have your song played on the radio; there were critics and censorship. Selection was strict. In Soviet Union times, I felt that I disliked this but, now, I miss those days.

There’s little harmony on stage, but is there enough in your everyday life?

Where should it appear from?! I work like a horse, from 6am until late at night, with no days off or holidays. I find harmony when the orchestra is doing well, when everyone is safe and no one quits. People rarely leave the orchestra, maybe once in a decade, to retire.

There are 244 people in my team. I don’t have time to rest. I need to prepare for next season. Should I return to work after my holiday with nothing ready? We have a schedule until the end of 2017. Living at such a pace is difficult, yet interesting.

How can one become a good music conductor?

Oh, this profession is a mystery, but not everyone realises that. Having good education is most important. Many musicians boast of their credentials but I always ask them where they studied, and for how many years, what experience they have and so on. Technically, anyone can be trained, but it’s impossible to make a person’s brain work. A conductor should be knowledgeable in music history, solfeggio, harmony, polyphony, and all the orchestral instruments. Often, a person can pass an exam but cannot play any instrument. A guy recently came to me who failed to give a clear answer as to which instrument he played.

What will you offer to the public in the near future?

When I learnt that we’d received a star on the award holders’ square in Vitebsk, I immediately came up with new concert programmes: ‘Zvezda’ and ‘Zorka’ (Star), in Russian and Belarusian. We’ll play our best items from the past 25 years, as well as new compositions. I intend to invite Alla Pugacheva and I’ll be happy if she agrees to perform her lovely song Star. We have 38 programmes featuring lyrics by Belarusian poets, such as Kolas, Bogdanovich and Borodulin.

People’s Artist of Belarus Mikhail Finberg was born in 1947 in Mozyr, in the Gomel Region. He graduated from the Belarusian State Conservatory and took post-graduate studies as a musical conductor. He has led the National Academic Concert Orchestra of Belarus since 1987. He is also a Professor with the Belarusian Academy of Music.