Most participants of the First 2015 European Games, hosted by Baku, viewed the event as nothing unusual

Most participants of the First 2015 European Games, hosted by Baku, viewed the event as nothing unusual. Continental Olympic Games are held in other parts of the world, so why not in Europe? However, sceptics state that the European calendar is overloaded with high-level sports tournaments and noted that some athletes arrived in poor form. Nevertheless, the event was well-attended and results were pleasing, with ten Belarusian champions emerging.

The inclusion of sambo at the Baku Games was a phenomenon in itself, having never before been included in a programme so close to the Olympics. The martial art is popular across the CIS and proved so in Azerbaijan. 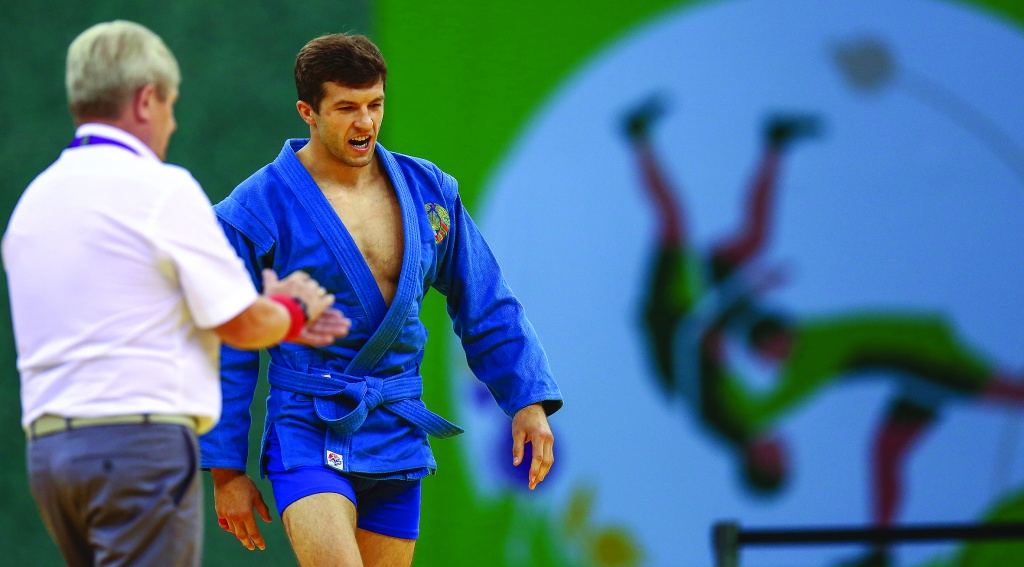 Tatiana Matsko’s path to the top was no less thorny. The recent student of Grodno State University defeated Ukrainian Yelena Saiko by a hair’s breadth in the decisive fight, having endured a painful hold from the Ukrainian shortly before the conclusion. Tatiana admits, “I realised that I needed to keep resisting the Ukrainian. I’d met her before, in the semi-final of the European Championship, and had beaten her 3:0. However, this time, Yelena managed a painful hold, and I heard a loud crunch from my elbow. I thought it was the end but I held out until the end.” 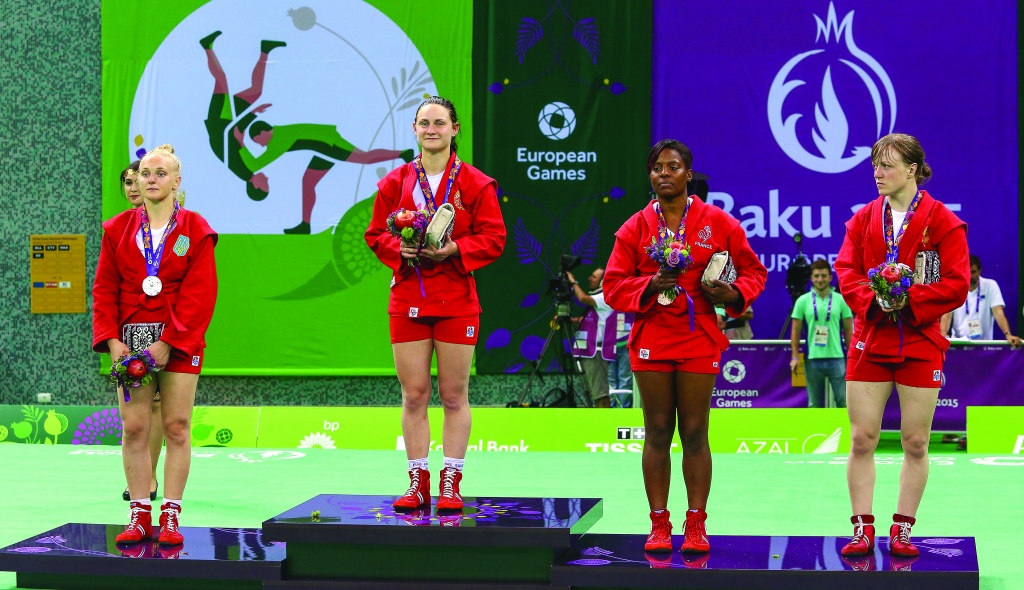 Belarusian rowers were expected to claim various medals in Baku, with Vladimir Shantarovich’s team being globally-recognised for its talent. Before the games, fans had been delighted with the athletes’ performances, and received their first excitement from the gold earned by Olympic champions Andrey Bogdanovich and Alexander Bogdanovich, in the 100m. Their speed was undeniable, and brought a lift to the whole team.

Marina Litvinchuk (previously Poltoran) claimed two gold medals: in the 200m kayak-pair, partnering Margarita Makhneva; and in her `solo` 5km row (just an hour after her other performance). 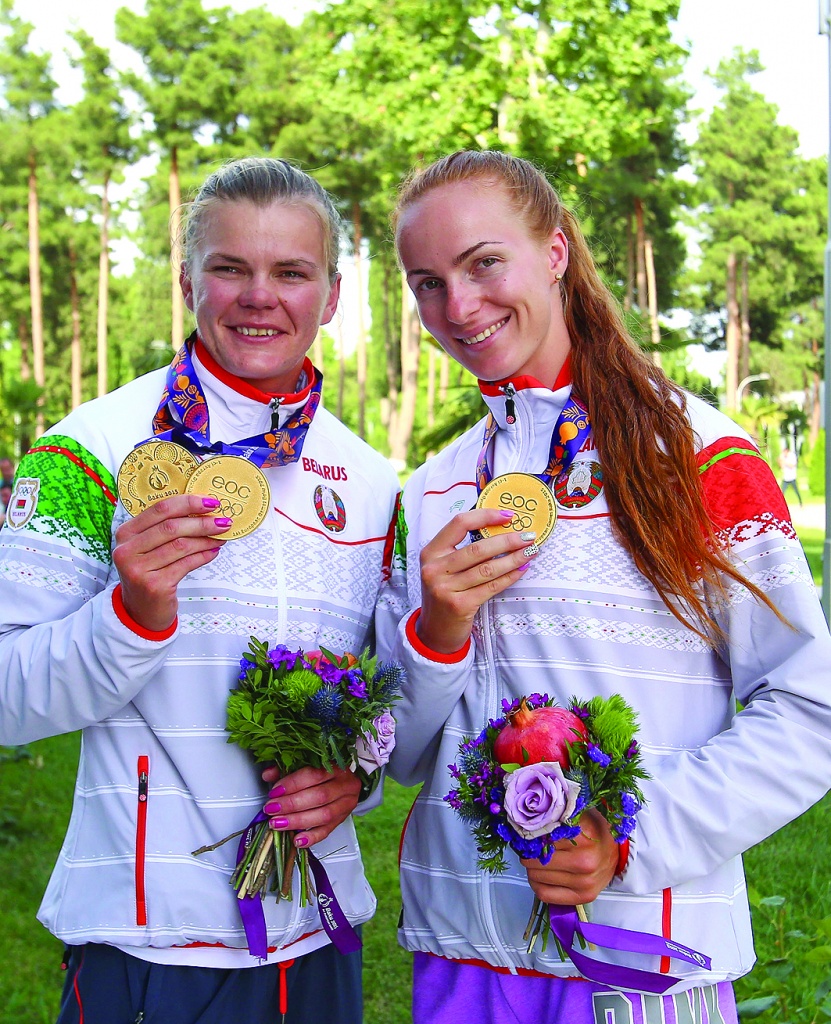 Armenian Hrachik Babayan led in the 10m shooting event initially but suffered from nerves, allowing Belarusian Vitaly Bubnovich and Italian Niccolò Campriani to battle for the top medals. Only twice has the Belarusian managed to defeat the Italian, causing fans some anxiety, and Campriani was on good form, leading until the final round of shots. Fortunately, the Italian then wavered, his two inaccurate shots allowing Bubnovich to win by just 0.2 points! 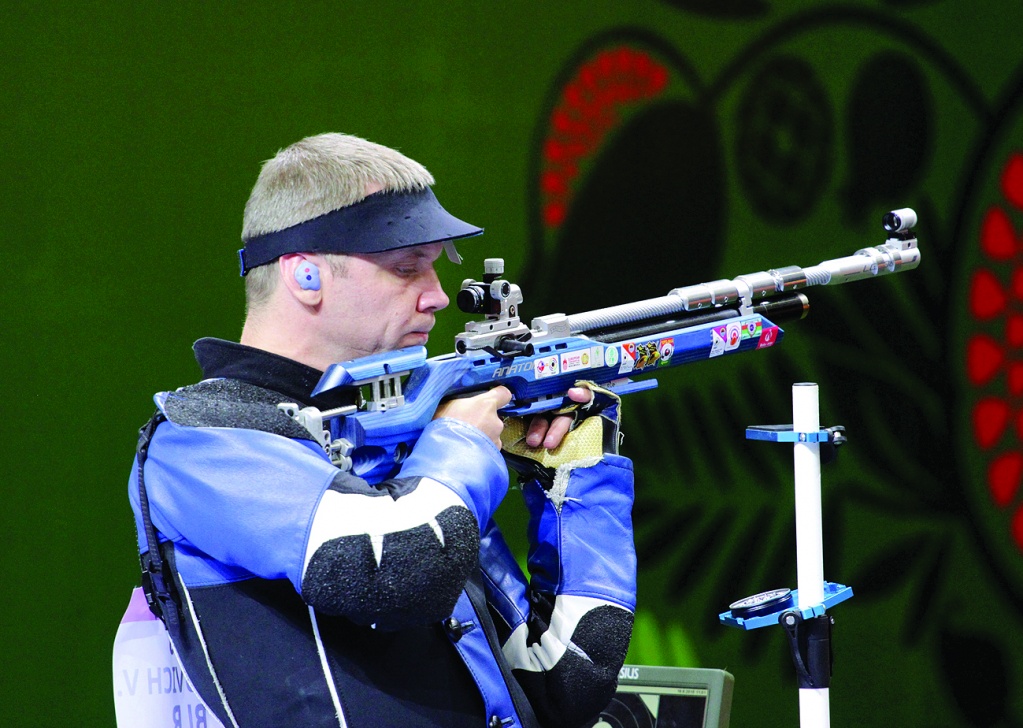 The under 75kg women’s wrestling provided proof of them equalling men in determination and passion. Russia’s Yekaterina Bukina faced Ms. Marzalyuk, from Minsk, in the final. Vasilisa won the first period and appeared close to victory but found a worthy opponent in Yekaterina, who fought hard to the last seconds. 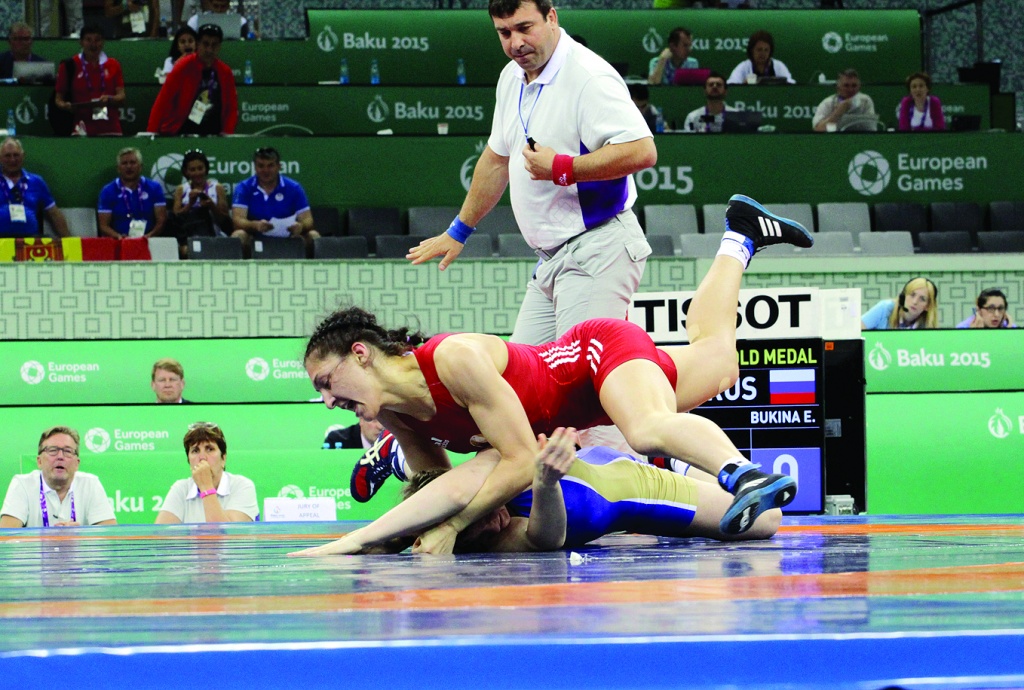 Vasilisa managed to defend her champion’s title, announcing afterwards, “I’m happy, but hope that I have more to give. I believe I have further work to do and could have performed better here. However, the fact that I managed to win gold without being in optimum condition brings me comfort.”

Despite ProTour grandees not taking part in the event won by Belarusians Vasily and Yelena, their triumphs in both stages and all-round standings made their medals worthy indeed. 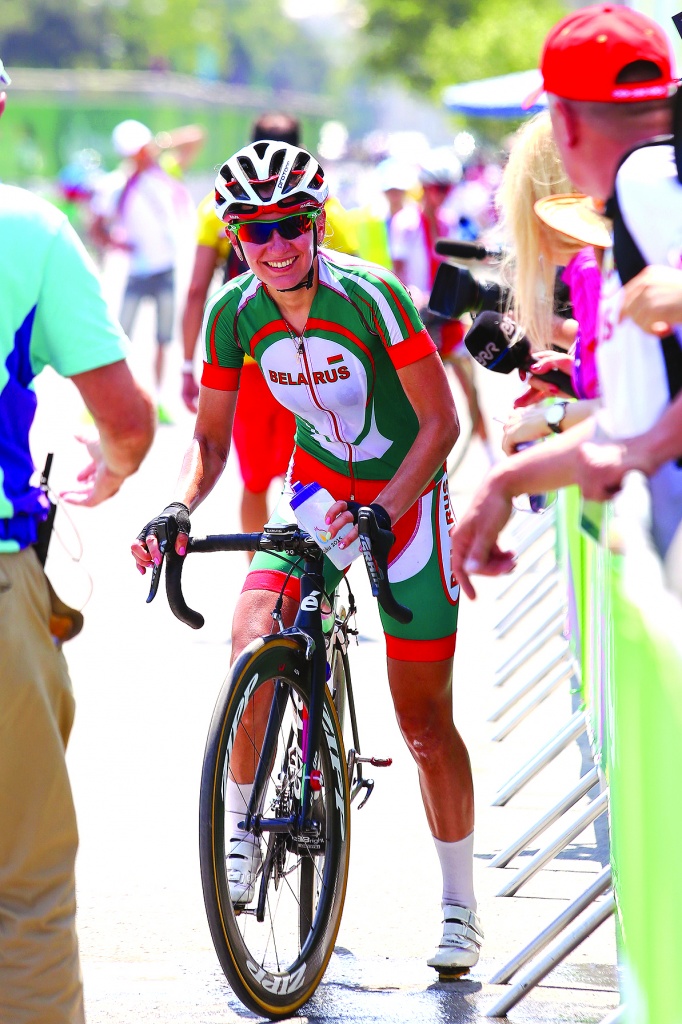 Kirienko’s ‘golden beginning’ in the individual time trials left his rivals standing, while Omelyusik won the group race with well-known British team Sky, ahead of Dutch cyclists and Poland’s Katarzyna Niewiadoma. Kirienko called his first European Games victory ‘prestigious’. He asserts, “This is the first time that such a sports competition has been held on such a large scale. Now I have a gold medal, I’ve gone down in history. It’s still unknown when and where the next European Games will be held.”

The victory may be Kirienko’s most significant achievement of the season, as Sky team isn’t including the Belarusian in the multi-stage Tour de France. 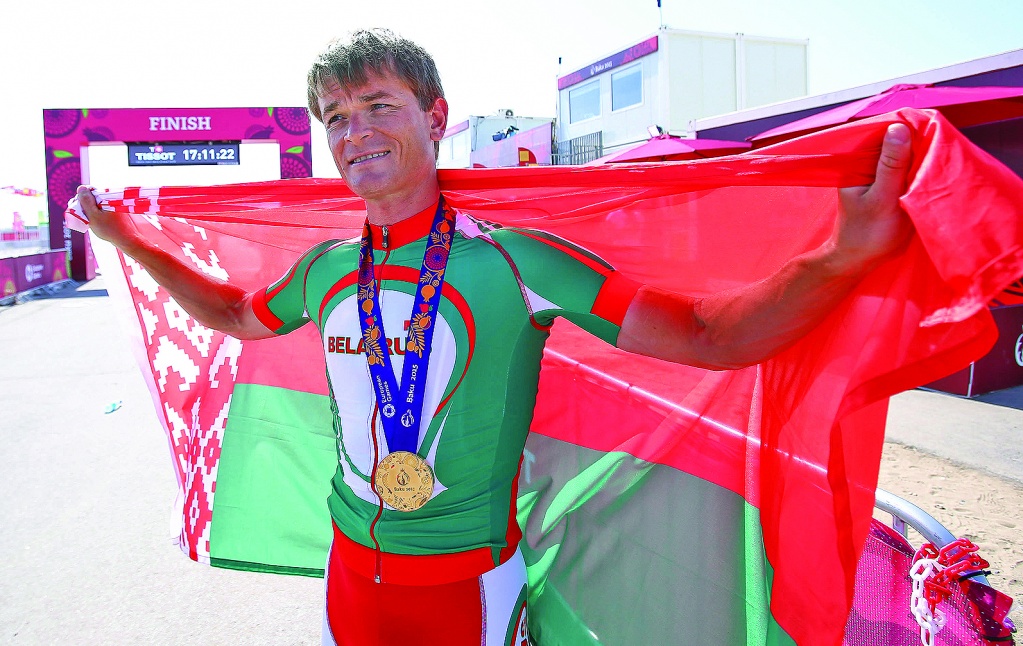 Success in rhythmic gymnastics depends on more than just graceful execution and complexity of elements. This subjective sport is unpredictable, making victory all the most special. For the past decade, our team has brought medals from various top events, and the recent European Games were no exception.

The leader of the national team, Melitina Stanyuta, took an individual medal, while the squad claimed a group event gold, ahead of the Russians and the traditionally strong Azerbaijanis, as well as Israel and Ukraine (all of which took medals). 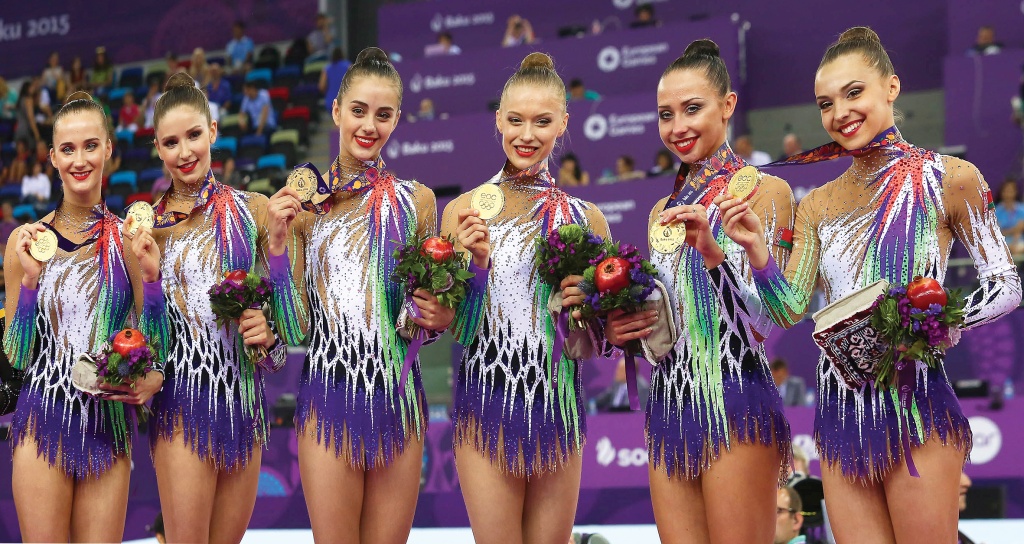 Small mistakes in all-round events prevented the girls from rising above the third place initially, but they surpassed everyone in their exercise with six Indian clubs and two hoops. According to the head coach of the Belarusian team, Irina Leparskaya, this victory makes a weighty contribution to future successes, including at the next Olympic Games.

Representatives of Belarus claimed 13 medals at the European Games, with many of fundamental importance. Dmitry Asanov, aged 19, made a debut sensation. The only Belarusian to reach the final of the boxing tournament, he has gained a place at the next World Championship.

Junior swimmer Nikita Tsmyg broke our national record over the 200m backstroke, with a time of 1 minute and 59.46 seconds, despite the absence of many traditional leaders, who were preparing for the forthcoming World Championship. Her performance gained her silver.