Liu Hanming: …after all, the country is amazing, why would I want to leave it?

Liu Hanming arrived in Minsk from Wuhan, the most densely populated city of central China. The 38 year old citizen of the People’s Republic of China has lived in the Belarusian capital for about one year.

Liu Hanming arrived in Minsk from Wuhan, the most densely populated city of central China. The 38 year old citizen of the People’s Republic of China has lived in the Belarusian capital for about one year.

He graduated from the Harbin Engineering University and is a qualified expert in the ship-building field. He arrived in Belarus as a representative of the Chinese company which concluded a contract with the Minsk Wheel Tractor Plant. 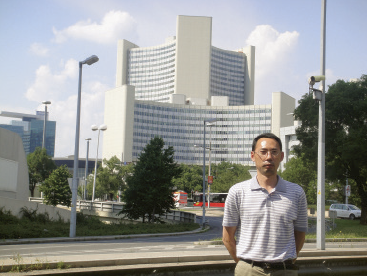 
What did you know about Belarus before moving here?

By the time I had moved to Belarus, I knew a lot about it. This country was not a wonder for me, as I had become acquainted with it over a number of years, during business trips. Before that, I had worked in Russia. Therefore I had no problems with the language. I started learning Russian at school. When I was offered a job in Belarus, I quickly agreed. I liked Belarus. Of course, it was hard to leave my relatives, but, thanks to the Internet, I can see and talk to them every day.

And what was the most difficult thing to get used in Belarus?

There are a lot of people in China, and when I arrived in Minsk, I felt, at first, some emptiness in the city. But with it I had a feeling of freedom. Now I am so used to Belarusian space, that when I come home I feel cooped up. And it was also necessary to get used to another culture. We have eastern traditions, while yours are European and western. But there is nothing to which people cannot get used! I would also like to say that earlier, when I came here on business trips about ten years ago, there were very big distinctions in our cultures. While for the last five years the People’s Republics of China has greatly changed, it has modernised and become more western in terms of culture. And now I notice not distinctions, but similarities between the two countries. 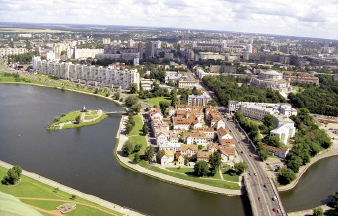 
And what do you like most of all in Minsk, Belarus, Belarusians?

The first thing that my compatriots say to me when they visit here is ‘How spacious it is!’ I’ve already said that it is unusual for Chinese to see wide avenues, a lot of unbuilt territory and the small numbers of people even during rush hour. You should see the streets of China at this time!

It is necessary to point out nature. It is amazing! Many trees and colours in the city. And the air is unbelievable. In China, there are factories practically everywhere, and people have already forgotten about pure and light air. In my homeland, greenery within the city boundaries is a wonder.

Belarusians, as a nation, create only positive feelings in me. All are very sympathetic and kind. I admire your love of cleanliness and order! The city is always clean and people are not lazy to take their garbage to the refuse bin! 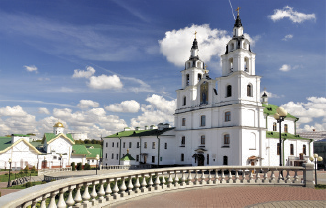 The Holy Spirit Cathedral in Minsk


Is it easy for you to find a common language with Belarusians? Does accent impede dialogue?

Your people like foreigners. When I address people, they hear my strong accent and at once become serious, but very much try to help. If it is necessary to explain the way, they explain in detail. If I ask, on what transport it is possible to reach somewhere, people offer at once several options. In general, I do not feel myself a gate crasher in Belarus.

And what do you lack in Belarus? Perhaps, in the homeland you liked something very much or got used to something, and having arrived in another country, have found out that here it is not present…

At first, I lacked Chinese food and supermarkets. Big shops in your country have appeared just recently. Now this problem is solved. They are on every street corner, as well as restaurants with Chinese meals.

It strongly differs from the Chinese. For a long time I could not get used to the fact that you have so many dishes made from potatoes. As I have understood, Belarusians like this product a lot. As much as Chinese like rice. In my homeland people also eat potato, but not in such amounts. Besides, Chinese potatoes, in comparison with yours, seem lean and tasteless. At home I prepare Chinese dishes. I do not know any Belarusian recipes, although more often I order a meal on the Internet. I adore your dairy products. Belarusian milk is incredible! In China I practically did not drink it. Having arrived to Belarus, by chance I tried milk and was surprised at how tasty it can be. Now I drink it daily. 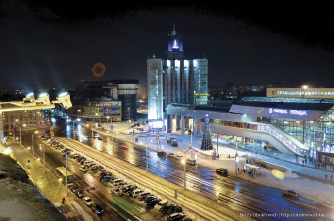 
And do you know anything about Belarusian culture and traditions?

Not much. But I can say that you have very beautiful and melodious language.

What do you know about well-known Belarusians? And what does ‘well-known` mean?

Well-known people are those who achieved success in something, and about whom people speak and write.

I know Vika Azarenko who plays tennis, as well as Max Mirnyi. Table tennis is very popular in China, therefore many Chinese people know Vladimir Samsonov [the three-time winner of the World Cup, the 6-fold champion of Europe].

At the end of interview, Liu Hanming, by Chinese tradition, gave me some tea, treated with unusual national cookies. He also said that he would like to work in Belarus for the next few years. “After all, the country is amazing, why would I want to leave it?” he asked me the rather rhetorical question in farewell.