For many years, Gomel’s Victor Averin, the Doctor of Biological Sciences, worked on overcoming the consequences of the Chernobyl nuclear power station catastrophe

For many years, Gomel’s Victor Averin, the Doctor of Biological Sciences, worked on overcoming the consequences of the Chernobyl nuclear power station catastrophe, liaising with Russian colleagues to develop radiation security systems. His work to protect the public from possible future technogenic accidents continues today, alongside western colleagues. 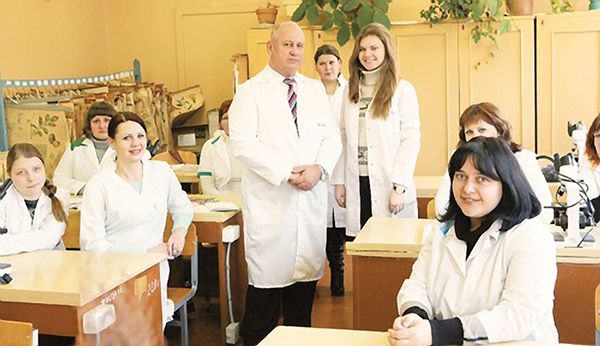 Just four years ago, the tragedy at the Japanese Fukushima Daiichi nuclear power station reminded us that vigilance must continue in this sphere. It was unexpected that such an event could occur in a highly developed country, and has since inspired various measures and legal acts to promote unified efforts in such cases of emergency. It brought about the launch of an international commission on nuclear security, comprising experts from the USA, France, the UK and Japan, with Victor Averin representing the CIS. Meetings and discussions are held in France and in Japan.

Mr. Averin tells us, “Our work documents in detail, step by step, the regulation of all services in emergency situations relating to nuclear power engineering, to allow prompt and efficient action to be taken, and to reduce consequences to a minimum.” A final document should be ready next year, for use by all states using nuclear power. Naturally, Belarus (now building its own nuclear power station) will become party to the document.

Mr. Averin has been engaged in promoting radiation security since 1989, having initially occupied the post of deputy director of scientific work at the Belarusian Institute of Radiology. From 2007, he held the title of director. The Institute has prepared dozens of programmes on the safe development of affected territories, including technologies to aid the farming of contaminated soil. Victor has written hundreds of articles, and dozens of books and monographs on overcoming the consequences of radiation (based on the Chernobyl nuclear power station case). His doctoral thesis was devoted to minimising people’s exposure to internal contamination via livestock.

Since last year, Victor Averin has worked as Dean of the Frantsisk Skorina Gomel State University, generously sharing knowledge and experience with young people, so that the next generation may know all that has been done to overcome the consequences of the greatest technogenic catastrophe of the 20th century.

“Graduates of institutes of higher education are often unwilling to work in those areas which suffered from the catastrophe. They believe that the territory remains polluted, being ignorant of all that has been done to overcome the consequences of the catastrophe. Today, it’s safe to return to once polluted areas. It’s up to our education system, in Belarus and worldwide, to ensure that people know the truth.”