Billionaire David Rockefeller, celebrating his 100th birthday this June, has been the subject of an Internet rumour claiming that he has had his heart transplanted for the sixth time

Billionaire David Rockefeller, celebrating his 100th birthday this June, has been the subject of an Internet rumour claiming that he has had his heart transplanted for the sixth time. Mr. Rockefeller had his first operation at the age of 61, after a car accident. Talking to journalists, he shared his hope to live for two centuries but many have viewed his words as a mockery, since transplants are costly and finding donor organs is no easy task. Nine out of ten die failing to live long enough to find an appropriate donor. 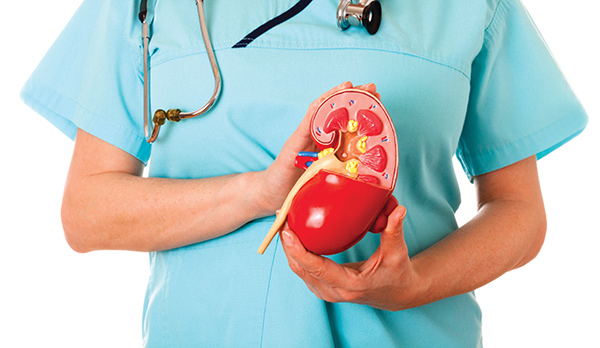 Repeat-transplantations are under focus in Belarus, as the Chief Outside Transplantologist of the Health Ministry and the Head of the Republican Scientific-Practical Centre of Organ and Tissue Transplantation, Oleg Rummo, explains. No medical restrictions exist regarding the number of times a patient may receive a transplant. “Speaking of repeat-transplantation, this doesn’t principally differ from primary transplantation. Reasons vary: a donor organ fails to take root or complications arise following viral infection. It sometimes happens that patients ignore their doctor’s recommendations; in such cases, we need to begin again from scratch. All organ transplants — including secondary — are conducted free of charge for Belarusian citizens. This may be why some patients don’t realise their true value, despite having faced death.” 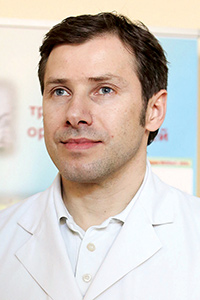 There continues to be a shortfall in organs and they remain viable for only a short period of time: a kidney lasts around 24 hours, a liver has 12 hours, and a heart is viable for no longer than 8 hours. Around 700 people currently await transplantation in Belarus: 90 need a new liver, 25 require a pancreatic gland, 20 desire a lung, and around 40 need a heart. Those needing a secondary transplantation join the same general waiting list, with no privileges, as is global practice.

Sometimes a donor organ suits several patients but may also prove useless. According to the Chief Cardio-surgeon of the Health Ministry, Doctor of Medical Sciences, Professor Yuri Ostrovsky, there are several patients in the gravest state, waiting to be operated upon. He notes, “If we need to make a choice in this situation, social factors are taken into consideration: age (with youngest given preference), lifestyle and whether a patient has children. Moreover, if a person has acted irresponsibly with his health (and organs) and fails to amend his lifestyle after receiving a donor organ, it is unlikely that they’ll receive a favourable decision on a second application.”

In Belarus, a repeat heart transplant has been conducted only twice, both times in 2014. Mr. Ostrovsky explains that the reason was a dysfunctional donor organ and the patient was of a young age. In line with general protocol, recipients of donor hearts may be no older than 65; however, in Belarus, the oldest age for the operation has been 68. 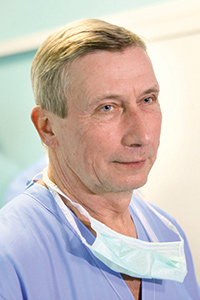 Of ‘repeat transplants’ the most common organ is the kidney, with six in Belarus having been operated upon three times and dozens having benefitted from kidney donations. So far, 16 patients have had their liver transplanted twice. Mr. Rummo tells us, “In some cases, the donor organ failed to take; in others, patients had received their first operation abroad. Not long ago, we operated upon a 49 year old Japanese man who had been given his first liver transplant at New York’s Columbia University. His new organ functioned well for 4.5 years but then failed. He paid $150,000 for his surgery, which proved successful. He enjoyed staying at our clinic and the sum paid was far less than it would have been in the USA. In fact, in China, such operations are a third of the price of ours in Belarus and the flight takes just one hour from Japan. However, the man preferred to spend 13 hours flying, to come to Minsk.”

Medical hospitality is repaid a hundredfold, since the fee charged for a foreign patient pays for 5 or 6 similar operations for Belarusian citizens. Transplantologists have their own view on Mr. Rockefeller’s sixth ‘rebirth’, viewing it through the prism of social justice; in the USA, medical treatment varies by ability to pay, benefitting those with more wealth. Worldwide, most people take a dim view of a billionaire aged 100 receiving his sixth donor heart, while a simple man aged 40 may lack even a first chance. “Such an operation would never be conducted in the European Union,” Mr. Rummo is convinced. “I’m sure it would never take place in our country either. In America, money reigns and, accordingly, people take risks. However, some can afford to do as they like.”

A donor organ costs ‘nothing’ (any other situation is a criminal case). However, there is a cost involved in surgery: for the doctors’ time, medicines and equipment. A kidney transplant costs $15,000, while post-operative treatment (including medication) costs $7,000 annually. A liver transplant costs $25,000 and that for a heart costs $50-60,000. Meanwhile, in Germany, it costs around 200-250,000 Euro to have a liver transplant.

Letter of the law

• Belarusian law states that all citizens offer presumed consent for organ donation upon death: as in Austria, Sweden, Belgium, the Netherlands, Hungary and many other states. However, close relatives have the right to disagree, in written or oral form. If there are no relatives or they decline to discuss the topic with the doctor, consent is viewed as given.

• Doctors have a duty to indicate possible donors and, after all legal procedures have been executed (with the General Prosecutor’s Office informed), the organ is removed. If a young and healthy person dies in a car crash, their organs may save the lives of seven people!

• If a Belarusian citizen decides that they do not wish to donate their organs, they must send a written document by post to the Republican Scientific-Practical Centre of Organ and Tissue Transplantology. This choice does not preclude them from receiving a kidney, liver or heart transplant. Over 2,200 Belarusians have refused post-death donorship but, according to doctors, this is a small figure. Donors have, to date, saved the lives of 1,525 people.