Turkmen Charyar Kerekuliev wasn’t even 20 years of age when he moved to Minsk from Ashgabat, in 1980, and had no friends or relatives, or any idea of what to do

Turkmen Charyar Kerekuliev wasn’t even 20 years of age when he moved to Minsk from Ashgabat, in 1980, and had no friends or relatives, or any idea of what to do…

Turkmen Charyar Kerekuliev wasn’t even 20 years of age when he moved to Minsk from Ashgabat, in 1980, and had no friends or relatives, or any idea of what to do… 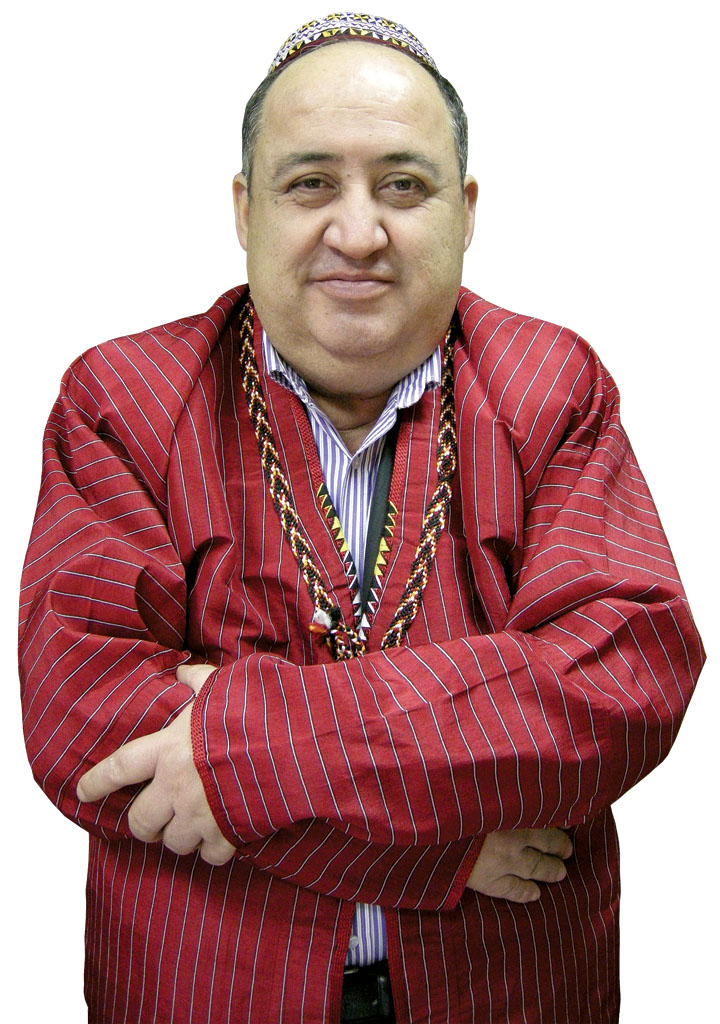 We’ve all heard stories — including those depicted on canvas — of rural Belarusian women risking their lives during the Great Patriotic War to save Soviet soldiers of various nationalities, helping them escape capture or imprisonment.

Common grief, and tragedy, united people from all corners of the former Soviet Union, on the battle-field and in the rear.

During those years of ordeal, we saw the best in people: their true character, as had been developed through the centuries. Dozens of veterans of that war still live in Turkmenistan, retaining their memo-ries of Belarusian battlefields and the Belarusian partisan movement. They struggled bravely.

Annaev Street (until 1976 known as Kollektivnaya) is situated in Minsk’s northern-eastern district, commemorating Soviet Union Hero Oraz Annaev, who fought to liberate Belarus from the fascists. He demonstrated heroism in October 1943, during the forcing of the River Dnieper, near Komarin, and was buried near the river. Streets in Svetlogorsk (Gomel Region) and Turkmen’s Serdar (where his bust was erected in Soviet times) are named after Oraz.

I recently heard a story from the head of the Turkmen community in Belarus, Charyar Kerekuliev, who also heads Bakhar (Spring) cultural-enlightening organisation. His activity has helped him to settle in Belarus and, over time, he became an entrepreneur and a diaspora leader. Charyar is respected both in Belarus and Turkmenistan, having been many times invited by President Gurbanguly Berdimu-hamedov to attend state holidays in Ashgabat as an honorary guest.

The name Charyar means ‘the fourth in the family’. Born in 1962, he was one of five brothers and had six sisters: a common family size in Central Asia and Turkmenistan at the time. His native city was the regional centre of Turkmenbashi — known as Krasnovodsk in Soviet times.

His father died and was almost immediately followed by his mother, inspiring Charyar to forge his own path in life. He had graduated from Russian school and college — with a diploma in accounting. He worked for some time and then decided to move to Minsk.

Charyar recollects, “I arrived at Minsk’s railway station, without luggage — only a shirt, trousers, coat and footwear. A ‘stranger’ helped me, Piotr (I can’t recall his family name), who worked at the Region-al Executive Committee’s Agricultural Department. I visited to seek employment and had to admit that I was sleeping at the railway station. Piotr was sympathetic but promised nothing. However, he came to the railway station to find me and took me to the village of Dubravy, 40km from Minsk (towards Molodechno) to his friend, the director of a local collective farm, Andrey Bury. Piotr requested that he employ me, explaining that I needed to live among Belarusians and to become acquainted with them. I was given accommodation at granny Vera’s house: a kind woman. I still remember her.”

His story clarifies that Belarusians are cautious of strangers. After all, Charyar visited various places in the capital, seeking work; no doubt, they could have used an accountant. However, no one took him on. He admits that they may have been put off by his nationality. Charyar found his place at the coun-tryside however, and notes that Vera treated him like a son, despite being initially rather timid.

“The villagers looked at me and commented on my dark skin and I know that ‘my poor granny’ didn’t sleep for a week on my first arriving. Later though, she would wake me in the morning by shouting, ‘Genik, wake up! Let’s go ploughing’. In Belarusian ‘arats’ (to plough) is very similar to the verb for cry-ing so I would ask why she wanted us to go into the village to cry. Of course, she told me not to be so silly.”

“Having grown up in a city, I really had little idea of what to do, and would often lose my grip on the plough. However, in time, I mastered the skill. Granny Vera also taught me how to mow, and to plant and to harvest potatoes. I helped quite a few of the older women, cleaning out their piggeries, trans-porting livestock manure and cutting wood: regular jobs in the villages. Vera never forced me to work: I did so at my own initiative. Really, it was unwise to sit idle, as there was no other work. I also worked as a watchman at the farm workshops: on guard against theft.” 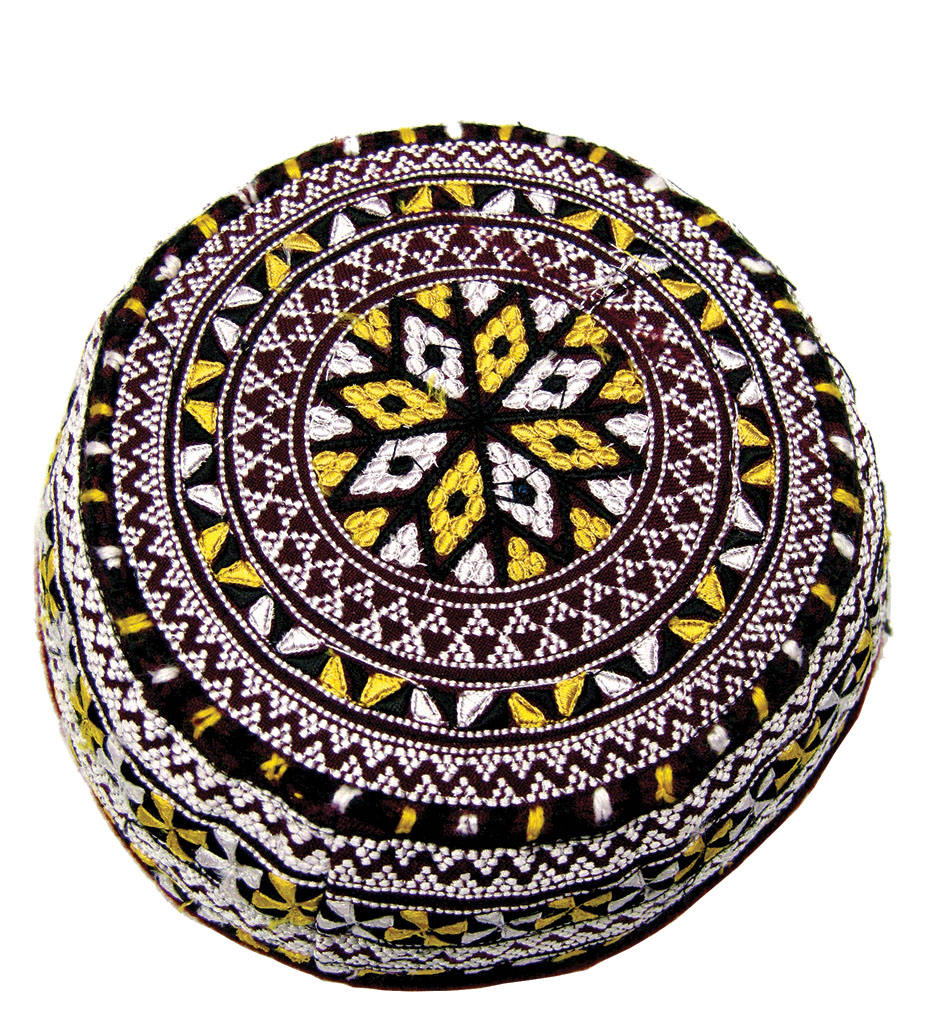 Eight pointed stars can often be seen both in Turkmen, and Belarusian embroideries

Charyar had no language barrier with granny Vera or the other villagers, having graduated from a Rus-sian language school. In Belarus, everyone knows and understands Russian — even in the most re-mote villages. As Charyar jokes, communication became much easier when Vera brought out the samogonka (home-made vodka).

Charyar never forgot granny Vera, even after moving to Minsk, going back to visit her regularly. In the capital, he worked at the Gear Plant for six months, as a lathe operator, and then found employment as a watchman at the Ballbearing Plant. He worked shifts of 24 hours, with two days off afterwards. He also worked as a loader (on his second day off) at a shop in Mayakovsky Street.

There, he met Raisa Bich, who managed the shop. Learning that he`d received a good education, she offered him a management post and he kept the storehouse keys, which was a great responsibility. Charyar wanted to learn more about the business before becoming a manager, so learnt how to cut meat with the butchers. It wasn’t easy, as they viewed him suspiciously at first, and the work was physically exhausting. Each man moved at least 3 tonnes of meat every shift. Fortunately, Charyar wasn’t afraid of hard work.

Then he found a job at a large department store, called, Riga, where he received a good salary.

Charyar married three times: each wedding being to a Belarusian woman. He’s been married for two decades to his third wife, Alla, from Slutsk District, who also works in trade. During his first marriage, his daughter Yuliana was born (recently, she gave birth to a child and Charyar has become a grandfa-ther). His son, Ruslan, was born from his second marriage.

Work at the shop was hard but brought good money. In the early 1990s, the first entrepreneurs and co-operatives appeared and Charyar demonstrated initiative. At that time, people used to bring vege-tables, fruit and watermelons from Central Asia to Minsk, so Charyar offered himself as an intermedi-ary, liaising with sellers at Komarovsky market, arranging transportation to the shops. Many suppliers of fruit and vegetables knew Charyar well and their co-operation was beneficial to all. Charyar gained plenty of new experience.

When a Russian from Ashgabat (whom he knew well) established a trading company in Minsk, Charyar began working for him. He tells us, “In time, I realised that I should set up my own business. I traded a good deal — including in metal. A good man — a former plant director — offered me work with metal constructions, to develop and to produce original tractor cabins. I studied the documents and blue-prints, which were great! The tractors would definitely look wonderful. Major companies were already demonstrating interest. All the profiles were metal, supplemented with glass, and the cabin would be universal, boasting good visibility and application, for agrarians and communal workers. It was just the beginning, as other projects were in the pipeline.”

In 2010, Charyar Kerekuliev began heading the Turkmen community in Belarus and Bakhar cultural-enlightening organisation. He is also a member of the Consultative Inter-ethnic Council at the Plenipo-tentiary for Religions and Nationalities. In 2009, around 2,700 Turkmen were living in Belarus (according to the census) and almost 9,000 were studying at Belarusian universities. Charyar has been working with the latter to organise ‘Days of Turkmenistan’ in Belarus next year.