Takatoshi Machiyama was born in Osaka, Japan. He graduated from the Vaganova Ballet Academy in St. Petersburg and has been dancing for four years at the National Academic Bolshoi Opera and Ballet Theatre. Recently, he became its leading soloist and, now, not without pride, he notes that he is the first foreigner to dance leading roles at the Belarusian Bolshoi. 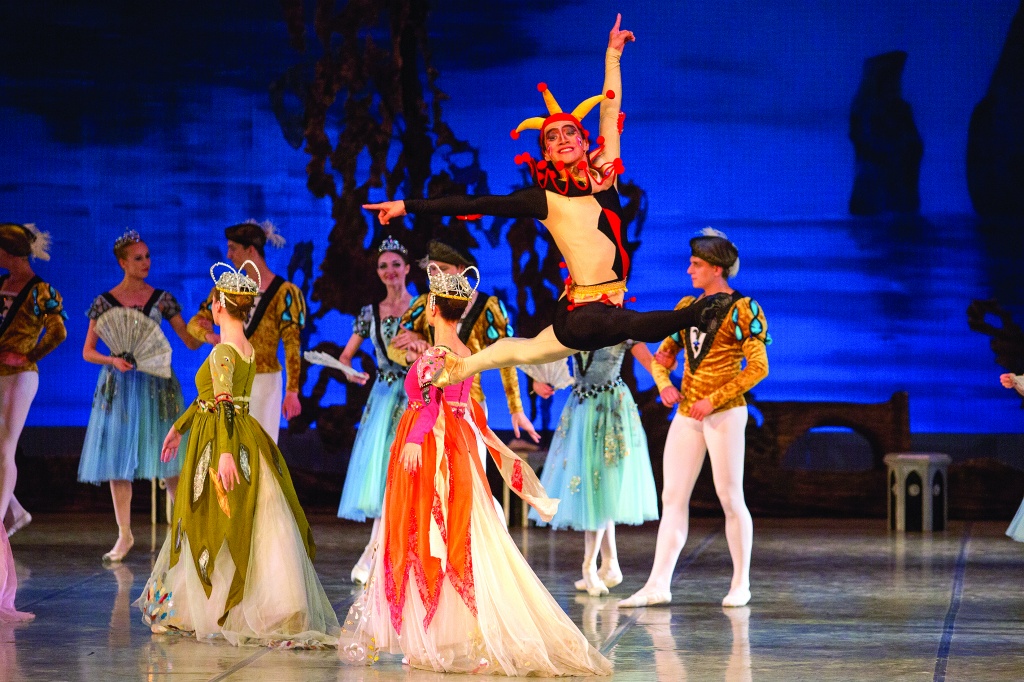 How did Takatoshi (Taka, as his local friends call him) come to join Belarusian ballet and why has he no desire to return home?

How did Fate bring you here, to Minsk?

After graduating from the academy in St. Petersburg, I was offered a training course at the theatre but my parents couldn’t afford to support me. I needed to work so I began searching, and discovered the Minsk Theatre in Japan. I met a Belarusian dancer who recommended that I try my luck in Minsk. I arrived, showed my skills, and was accepted into the troupe.

Do your parents work in ballet?

My parents have no relation to ballet at all, although my sister does, running a small ballet school in Japan. My mother always wanted me to dance but I lacked interest. I practised ballet with my sister but dropped out several times. I only became fond of ballet when I was 13-14 years old. Before that, I considered it to be only for girls, who liked to put on a beautiful tutu and dance. A man’s role was, to my mind, only to lift them, and twist. I changed my mind on watching films of performances by such tremendous dancers as Ángel Corella and Mikhail Baryshnikov. It was then that I decided that I wanted to study ballet seriously.

After ten years of rugby...

Yes. My father and older brother are rugby players. I did not always play with enthusiasm and suffered a serious injury, which knocked me out of the sport. I then tried the sprint, running the 800m and 1,500m, and tried throwing events in athletics. Nevertheless, ballet won out.

Are your parents proud of your successes?

They’ve never told me explicitly. In fact, my father says: ‘You’re a leading soloist — so what? Don’t show off. Look forward, as you still have much to achieve.’ I complain that it’s hard for me but he remonstrates that it’s the path I’ve chosen so I need to apply myself. My parents believe that success is a long, hard journey.

Do you miss home?

Certainly; home is the best place on Earth. My parents have a very small apartment in Osaka, which is too tiny for all of us. I’m always bumping into something but it’s my home, and it’s the best.

Will you return to Japan?

Not yet. If I wasn’t a ballet dancer, maybe I would leave. It’s too early yet, since Japan has a quite different system, in which young dancers aren’t given the chance for lead roles, regardless of their talent.

Does the public recognise you in the street?

Once, I was on a bus, when a woman asked me: ‘Are you Machiyama?’ I nodded and said hello, to which she told me that she’d seen my performance and was impressed by my pirouette. At that time, I couldn’t actually perform them well, so I apologised.

Usually, when people recognise me, they ask for a photo or autograph, which is quite pleasant. However, Minskers tend to treat ballet dancers with more familiarity than in Japan, where the art is treated with more overt fascination, being ‘foreign’. People often wait at the theatre door there for photographs. Ballet is so un-Japanese, unlike traditional kabuki. Moreover, tickets go for over $100: sometimes even $300. People can only afford to attend perhaps twice annually, so the experience has more mystery. Here, as in Russia, classical ballet is a well-known art and affordable. People can go to the theatre every week if they like.

Judging by the price of tickets, you’d be a rich man in Japan.

Yes, they pay well… but it’s not for me, as I’ve explained. I’m not bothered about having a car and a flat. I just want to work and learn, to prove myself as a true artiste. I want to have my own style, so that people say that nobody else dances like me. It’s a tall order, but it’s my aspiration.

Do you have a Belarusian beauty in your heart?

Not really. She’s from Ukraine, but dances here, in Minsk. She’s a soloist with our theatre: Yana Shtangey. She represented Belarus at ‘Eurovision Young Dancers-2013’ and we’ve been together for two and a half years.

It’s not yet our plan but, when the season ends, we’ll go to her hometown, and to mine. We visited Japan last summer. As for a wedding, I hope that it will be soon.