In September, the Belarusian-American investment forum will be held for the first time in New York

Investments may come from overseas

In September, the Belarusian-American investment forum will be held for the first time in New York 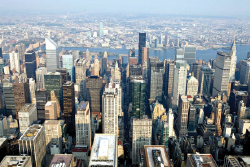 The Belarusian delegation in New York will be headed by Prime Minister, Mikhail Myasnikovich. Representatives of the Development Bank, the Ministry of Finance, the Belarusian Chamber of Commerce and Industry, the National Bank and High-Tech Park also will take part. The company on development of the Chinese-Belarusian Industrial Park will also take part at the forum. In total, invitations for participation in the forum were sent to more than 500 potential participants.

The platform for open dialogue between Belarus’ heads of bodies of public administration and potential foreign investors will be organised under the aegis of the Belarusian-American Forum. It is planned to discuss ways of improving the investment climate in the country. Participants can receive information on the investment potential of Belarus, including on the possibilities opening in connection with formation of the Single Economic Space.

The Belarusian investment forum, in which about 500 people from 42 countries of the world participated, became one of the largest activities organised by the National Agency of Investment and Privatisation in 2012. Representatives of the largest companies of Holland, Italy, France, Korea, Japan, China, the United Arab Emirates and Qatar participated in the activity. The presentation of 23 investment projects of Belarus, for a total sum of investment of more than $1 billion was organised within the limits of the forum.