In pursuit of ghosts

Cyclists have been racing along the Po River, and the beaches of Brittany, through the most beautiful landscapes of British Cornwall and Somerset

Cyclists have been racing along the Po River, and the beaches of Brittany, through the most beautiful landscapes of British Cornwall and Somerset, and by the lavender fields of Provence, to the legendary mountain of Mont Ventoux — which is the finish of the well-known Tour de France race. What’s it all about? One of the top ten cycle routes worldwide, it cannot help but inspire us. Who doesn’t dream of leaving their stuffy office for a couple of days, turning off their phone and taking a bicycle adventure. Of course, you don’t need to travel to Provence or Tasmania. The Volozhin District or the Belovezhskaya Pushcha are perfect locations for cycle holidays, although far less known. They can surprise even the most fastidious cyclists, while offering tasty local cuisine… and ghosts. 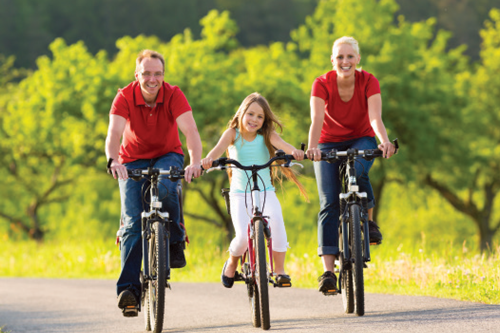 Belarus is yet to become known as a cycling country but each region is working on setting up the right conditions. Already, there are more than 30 ‘official’ cycle routes, and it is obvious that the number will increase annually.

The Belovezhskaya Pushcha is famous not only for Father Frost’s Residence and aurochs. Its five bicycle routes vary in length from 10 to 27 kilometres, attracting cyclists from March onwards, as the snow melts. In 2012, the destination saw 16,000 cyclists: last season, there were 23,500. It’s hoped that 2014 will see another rise in cyclist tourism.

The Avgustovsky Canal park has six cycle routes, ranging from 7 to 72.7 kilometres in length. The Deputy Head of Grodnoinvest FEZ, Dmitry Klimenok, is convinced that the best way forward is to make the use of all cycle paths free, to promote tourism. He asserts, “We want people to simply come and enjoy beautiful places: there are so many! Soon, we plan to open our own bicycle hire, which should encourage more cyclists.”

Bicycle routes also operate through the Braslav Lakes National Park and at Narochansky, as well as within the Berezinsky Biosphere Reserve. The Volozhinskiye Gostintsy paths were launched recently, as part of the Developing Tourist Clusters in Belarus project. In total, 150km of bicycle routes cross the Nalibokskaya Pushcha, passing eco-museums and agro-estates.

The Chairman of the Public Council for agro-eco-tourism development (under the Department of Physical Training, Sports and Tourism) of the Mogilev Regional Executive Committee, Sergey Kulyagin, tells us about the Zhivaya Voda (water of life) route, which will run 500-km.

He notes, “Today, we’re creating a major route as part of our regional tourist cluster — ‘Edge of Life-giving Wells’; it will comprise a network of thematic routes — such as fishing or culinary. We already have a route visiting places connected with legends and mystical sites, such as the ghost of the Holy-Ascension Barkolabovo Monastery, and life-giving springs and wells.”

The 500km route should launch next year, offering a 10-11 day tour. Of course, visitors can already choose from various cycle routes across the Mogilev Region, and the Chausy, Dribin, Mstislavl, Krichev and Cherikov districts. Approximately 300km are already equipped with information signs, and there are many agro-estates along the way, offering accommodation for Br100,000 per night. Mr. Kulyagin feels confident that this will inspire the development of agro-tourism.

The Chairman of the Board of the NGO Minsk Cycling Community, Yevgeny Khoruzhy, tells us that it’s inexpensive to open new cycle routes, making this an obvious direction for Belarusian tourism.