Belarusian businesses have been operational since our country gained independence two decades ago. The first entrepreneurs carved their way in the early 1990s, relying on their own ideas and access to technologies. Later, some became major companies with a worthy reputation, having proven their success. With brains and hard work, we can achieve so much. 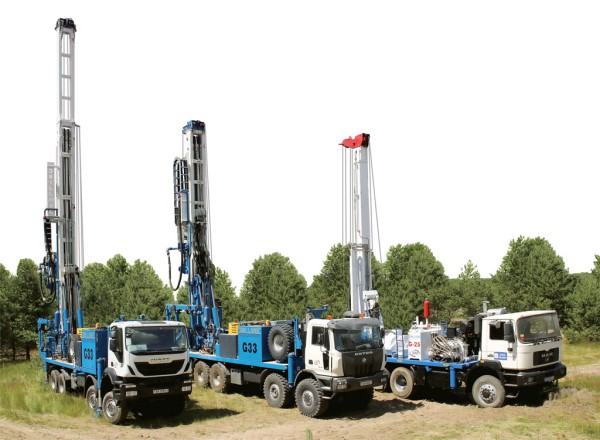 It’s no easy task to set up a meeting with Nikolay Chernoshey, the Director of Delta, a drilling company; the businessman with 25 years of experience is always on the road. At last, we speak on the phone, while he’s waiting for the Moscow metro. He tells me, “We’ve signed the contract; on Monday I’ll be back and ready to meet.”

Your company is based in Rechitsa District?

Yes, in the village of Borshchevka.

Borshchevka is a village I know, located on the border of Gomel Region and Rechitsa District. It seems strange that Delta, as a leader in its niche, is located in this small settlement. I wonder what has drawn Nikolay to set up there. Is it his home village or have state preferences guided his choice?

Nikolay is obviously full of energy. He replies that Russian Gazprom had the same thought and came to check up on his company in the village of Borshchevka. “They became convinced and now we co-operate,” he admits. He muses that it is his homeland in having been his place of work for about 30 years. “I arrived before the special preferences now available to start-up businessmen; they are to be envied. It’s inspired more small companies to launch in our district. At first, there was only Delta. It’s especially strange to hear that it’s difficult to work in Belarus.”

He tells us that he began by installing standpipes at private farmsteads. When things went downhill in the 1990s, knocking out the geological organisation he was employed with, engineer-geologist Chernoshey had to reassess his options. He comments, “We decided to create a company dealing with the drilling of standpipes. At that time, Delta employed just six people and had to use old equipment. However, people were attracted by our potential and, as soon as we began earning our first money, we bought apartments. It took just two years before we’d purchased five apartments in Rechitsa. Since then, we’ve known that it’s vital to keep your word if you want to succeed.”

Conditions have changed over the years but he admits that the state has always provided support to aid business development. He recollects one particularly hard year before the state introduced interest-free loans for creating new employment opportunities. Delta announced the establishment of 21 workplaces, but set up 60. He tells us, “At that time, the money allowed us to buy equipment: converted ZIL-131 vehicles. They helped us to grow stronger. Regarding our initial advertising, luck probably played its part. We made a good TV commercial with our last money but it was very expensive to pay for air-time. Then, a state decree allowed Belarusian enterprises to be advertised on TV free of charge. We received two months of air-time and began receiving orders.” 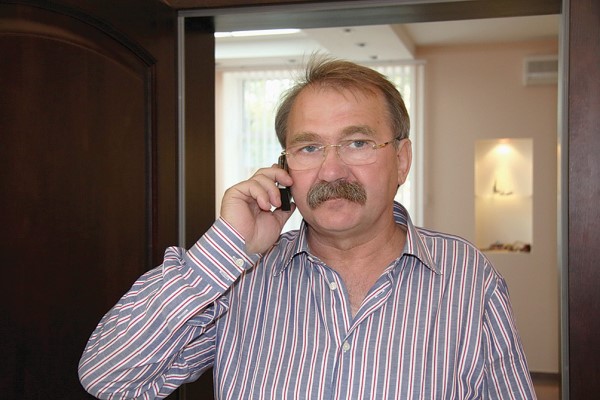 Nikolay Chernoshey, the director of Delta, a drilling company


He continues, “Belarus has very good conditions for business, as I can testify, having something to compare them with. When you start up in business, you need to prepare well. Some people work for just three years, make some money, then go into liquidation. You need an idea, prospects, and a development plan. Trading isn’t enough. When it became obvious that there were limited opportunities in drilling standpipes, we began to master industrial water draining and pile foundation engineering. We learnt from others. We purchased modern equipment, always investing as much as we could back into the business.”

“Our company is now capable of leading in its market. In Turkmenistan, there’s a Belarusian project to construct a potassium industrial plant. It needed holes drilling and the local, foreign firm didn’t have the expertise, so we were sent for.  We arrived and drilled as needed. I’m not just blowing our own trumpet here; I’m explaining that you need to find a niche that isn’t being filled by others. You have to constantly keep on top of what’s new.”

It’s impossible to have a relaxing chat with businessman Chernoshey, as his mobile phone is ever ringing. He takes a call from Belgium concerning equipment, then from Astana, where his primary projects are operational. He whispers to me, shielding the phone with his hand, “We tried to gain access to Kazakhstan for a whole year, taking part in various expositions. We created a branch, received a licence, and are now working there. We were the first Belarusian company to do so. Our Ambassador in Kazakhstan, Anatoly Nichkasov, with whom we developed our programme of entry, helped us hugely. Meanwhile, this is only the beginning.”

From Borshchevka, we drive along the main village street, and then to the outskirts. Delta is humming with activity, building an office and a dining room. There’s plenty of equipment and machinery outside but most of their new machinery (upon which they’ve spent Br300bln) is on site in various locations. From Yakutsk, where the company is helping finish the GRES-2 Power Station, reports on progress are transmitted immediately back to the director’s office. Amazingly, our Belarusian flag flies over the site.

Mr. Chernoshey notes, “We always take our Belarusian flag abroad with us to show that Belarusians have been here! We aren’t just a private company. We represent Belarus. We want our country to be associated with work that’s done well, to a high standard. We carry great responsibility for our nation’s reputation. We represent Belarus and Belarus represents us.”

There’s so much yet to achieve: a bridge over the Sozh River; the headquarters of the Olympic Committee of the Republic of Belarus in Minsk; and work at Mozyr Oil Refinery and on MKAD (Minsk Beltway). Abroad, Delta is involved in work at the Expoforum exhibition centre in St. Petersburg, reconstruction of heat electro-power stations 12 and 16, in Moscow, and at the Nizhnyaya Tura GRES-power station, which is located in the Middle Ural Range. There is also work at Garlyk ore-dressing and processing enterprise, in Turkmenistan, reconstruction of the Antipinsky refinery in Tyumen, and drilling at Tulachermet-Stal OJSC. Delta is completing work in Yakutsk, and is mastering Sakhalin.

Last year, the company’s exports exceeded $33 million in value, resulting in its title as Belarus’ leading service exporter. It’s now aiming for a figure of $50 million. Nikolay underlines, “It’s wonderful that the export of building services is being brought to the President’s attention, since it should eradicate obstacles. Some issues continue to need correction: the obligatory sale of currency, and payments for non-imported goods. For example, in order to buy concrete, we need to follow formal procedures, which take at least two weeks in our country. As purchase quantities grow, we’ll need to update legislation to reflect our needs. I don’t doubt that we’ll get there.”

We almost say goodbye, but suddenly the businessman turns back, wishing to take me on a tour of the village: the church which the company built and now cares for; and the school and the kindergarten, for which they recently paid for the installation of new plastic windows. In Gomel, there’s the children’s DYUSSHOR#5 (specialised sport school for children and youth) ice-hockey team, which they’ve been financing for eight years. I pause near the Delta sign on the road and stop two local women to ask:

How do you find it living near Delta?

Well, we’re from Delta too!

Nikolay Chernoshey, in the car, explains, “Over 650 people work in the company! People from Borshchevka, Rechitsa and Gomel work here. So all are local; all are native.”