Sergey Baglasov has spent more than 30 years always busy — on architectural projects, corrections, and their realisation

History peeps out of windows

Sergey Baglasov has spent more than 30 years always busy — on architectural projects, corrections, and their realisation

Sergey Baglasov has spent more than 30 years always busy — on architectural projects, corrections,
and their realisation 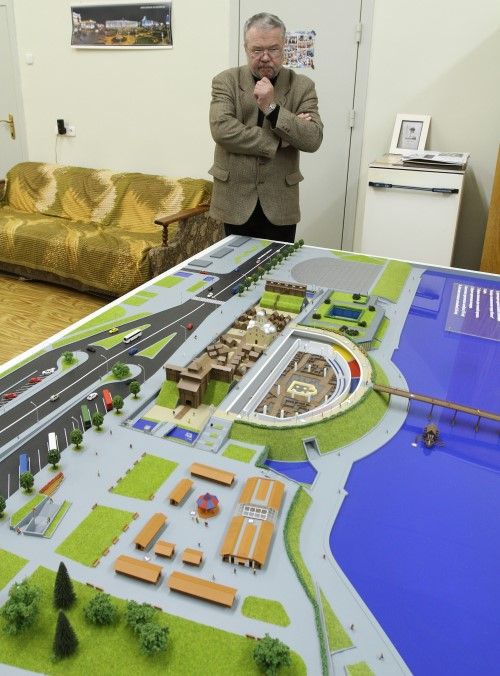 Mr. Baglasov has received a special award from the President for his considerable personal contribution to restoring and reconstructing the historical and cultural complex of Minsk’s Svobody Square, including an adjoining building. Many only dream of having such a guide take them around the historical centre. Sergey Georgievich kept me company for an hour or two.

He asks me if I’ve ever been to Prague or Kraków and I admit that I’ve been to the latter, for two days. At this, he makes his point: it only takes two hours to feel as if you’ve seen Minsk’s Upper Town and Troitsky Suburb. There’s even time to go to a café. To leave sufficient impressions, a city needs a certain volume of sights, which Minsk lacks.

It’s unexpected to hear this from someone who spends his life restoring the historical part of the Belarusian capital. He has even received an award for his efforts, but Baglasov follows his own path and speaks frankly. He notes that tours usually set off from the Town Hall, since the Upper Town began growing in the 16th century, when the original wooden building was erected (although its exact location is unknown). Of course, time brings change and this part of the city has developed over the centuries.

According to Mr. Baglasov, to follow history more precisely, tourists should set off from the city gates, whence Minsk began. The Trudovye Reservy Sports Centre is nearby but the architect is more interested in reviving Minsk’s castle complex, with its entrance gate. Plans have been submitted for it to become a museum, but realisation is likely to take some time, and who knows what changes to the plans may occur.
The remains of a 12th century church have been found not far away, although a large part of its ‘historical layer’ was destroyed during construction of the metro. Nevertheless, Mr. Baglasov is sure that an interactive exhibition is possible, able to interest visitors. Tourists also love to see handicraft stalls and take part in making artefacts (such as carving a bow). Such activities are planned for the future castle complex.

“Without its castle complex, the city lacks even half of its history,” Mr. Baglasov emphasises. Plans include building a pedestrian bridge over Bogdanovich Street, connecting Svobody Square with Minsk’s castle complex. A sculpture of the founder of the Belarusian capital, strongman Menesk, is intended for the same site.

Setting aside ‘virtual’ projects, we turn to Cyril and Methodius Street, which boasts the restored Great Gostiny Dvor (guest court) on one side and the ‘Scales’ sculpture (a symbol of the Magdeburg Right) on the other. The court is one of two once existing, saved in the late 1970s by local residents. At the time, Nemiga was being demolished, and there were plans to demolish the Upper Town as well. Public protest and the support of the creative intelligentsia (including well-known writer Vladimir Korotkevich) allowed it to remain and to be restored. Small Gostiny Dvor still awaits reconstruction. In building the metro, it was much damaged, but a design has been made for its restoration.

Sergey mentions his dislike of traffic jams, hoping that the Upper Town will eventually be completely pedestrianised, with parking created under October Square. Clearly, there are many plans for the future, but much exists of which we can already be proud. The Monastyrsky complex is the pride of designers, boasting a 75 percent booking rate. The area has become a real historical haven, embellished by various museums.
Mr. Baglasov says that people often blame architects for falsification during restoration. However, I can see the different colours being used in building, to mark out the old from the new.

Sites of historical value are protected by the state, so everything follows scientific techniques and is conducted under close supervision. Much research takes place. I can certainly confirm that you are seeing classical restoration of facades. Regarding criticism, some question the need for restoration at all, preferring the idea of constructing something modern; others are quite the opposite, wishing to make the whole site exactly as it once was. We cannot please everyone. We aren’t living in the 19th century: much has happened in the intervening years and we have issues with transport. A city of two million inhabitants cannot exist as it did when there were only 200,000 residents. We must find a compromise.

Most artists, directors and actors seem to want to correct something.

Troitsky Suburb pains me rather, since it wasn’t of architectural, historical or cultural value at the time of its reconstruction. Accordingly, only the facades were restored authentically. The roofs were lifted in order to tile them, which is far from historical reality.

Our tour has taken barely an hour: plenty of time to see what exists, and what will be. My guide offers to escort me to Rakovsky suburb but I assert that it’s hardly likely to appeal to tourists, lacking historical detail. The detailed city plan foresees moving a bread-baking factory and other sites of such a type but it’s unknown when the suburb will join the historical centre of Minsk. Nevertheless, it’s obvious that only Svobody Square, the castle complex, and Troitsky and Rakovsky suburbs can help our city gain that ‘volume’ so prized by Mr. Baglasov.