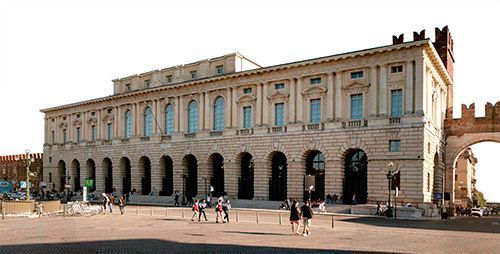 The Forum has been organized by the Associazione Conoscere Eurasia (Learning Eurasia Association), with support from some Italian banks. This already traditional meeting with an ‘eastern’ focus has gathered a record 800 businessmen, state agency heads and politicians this time, in addition to over 100 journalists from Italy, Russia, Belarus, China, Kazakhstan and Ukraine. The former Italian PM — Romano Prodi, the State Secretary of the Belarus-Russia Union State — Grigory Rapota, a member of the Belarusian Council of Ministers’ Presidium — Sergei Rumas, the Chairman of the Supervisory Board of Intesa Sanpaulo — Giovanni Bazoli, and ambassadors of some countries delivered speeches in front of wide public.

Many pragmatic businessmen and politicians in Europe have no desire to lose the potential of trust accumulated in recent decades. In particular, much attention at the Forum was devoted to prospects of co-operation expansion which emerge on January 1st, 2015 — when the Eurasian Economic Union of Belarus, Russia, Kazakhstan and Armenia begins its activity. Under these conditions, Belarus could become a bridge between the West and Eurasia — as the Belarusian Ambassador to Italy, Yevgeny Shestakov, believes.

He says, “Belarus is beginning to demonstrate greater results while working on the many-sided format; this refers equally to the Italian venue, the FAO and other international organizations. This generates new possibilities for realizing mutually beneficial projects. Owing to the unified Belarusian and Russian economic legislation, we are observing a steady tendency for the improvement of business doing conditions. Simultaneously, a single transport, energy and economic space is being established, enabling businessmen (for example, from Italy) who run a company in Belarus to enjoy similar conditions in Russia, Kazakhstan and Armenia.”

These words are fully confirmed by results of the Belarusian-Italian trade-economic co-operation. Despite stagnation in the Italian economy, our mutual turnover is balanced. In 2013, it rose by 25 percent to exceed $2bln. In turn, Belarusian exports rose by 30 percent and, from January-August 2014, it increased by another 25 percent. Overt a half of Italian investments come to the Belarusian economy.

However, experts believe that these figures do not meet our two states’ potential, taking into consideration their international economic ties. Prospects seem even brighter: as soon as the Eurasian Economic Union begins its work, four stages of the economic freedom will turn into reality: shifting of capitals, workforce, products and services. As the Chairman of the Development Bank, Sergei Rumas, noted at the forum, we need to prepare well in advance. “Belarus is the largest exporter of agrarian products, also transiting products from Europe to China and backward,” he said. “In addition, we are now negotiating a direct railway communication between Belarus and Italy; the move will cut our logistical expenses and significantly enhance export possibilities of Belarusian companies — including metallurgical ones. Banking collaboration is also strengthening. Talks of our states’ deputy agriculture ministers have taken place and they agreed that our co-operation in the agrarian sphere should be intensified; this refers to the processing of agricultural products on the basis of the newest technologies — to gain a possibility of an active competition on the international market.” 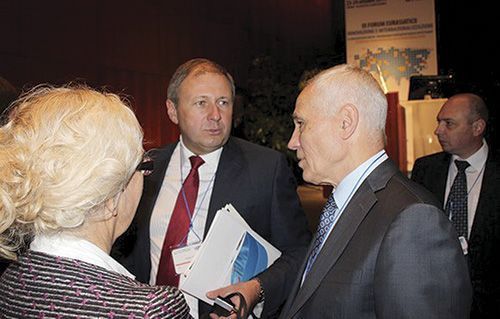 Several major projects in the agrarian sphere were discussed at the forum and Italy has demonstrated its interest to Belarus not only as a local market but as a base for joining the Eurasian Economic Union’s space. Among the most significant results for Belarus were talks with heads of Intesa Sanpaulo — one of Italy’s largest banks. In line with the achieved agreement, its Chairman of the Supervisory Board and President would visit Belarus to get acquainted with the local banking system. Experts believe this would help achieve concrete credit related co-operation.

Professor Antonio Fallico, a major initiator and organizer of Eurasian forums in Verona, agrees with the results, explaining, “We are now observing how politics place obstacles to businesses. Geopolitical games negatively impact friendship, economic situation and co-operation. It seems to me we are witnessing attempts to contradistinguish the EU and the Eurasian Economic Union. However, the reality is different. The Eurasian Economic Union could play an important role in the establishment of a many-polar world. Two years ago, we registered true advantages of the Customs Union of Belarus, Russia and Kazakhstan which took the form of an increased mutual turnover.

At the forum, Italian, Belarusian, Russian and Kazakh representatives discussed economic projects worth $18bln. Among them is the project of constructing a heat electro-station in Brest; the two-year talks seem yielding result at last. According to Prof. Fallico, Belarusian, Russian and Italian investors — ready to inject funds into this major innovative project — have been defined. Actually, this seems not accidental: in 2015, Italy plans to hold an Economic Forum in Belarus — as the Ambassador Extraordinary and Plenipotentiary of Italy to Belarus, H.E. Mr. Stefano Bianchi, has informed. “Good prerequisites have met: on the one hand, we observe Italian businessmen’s interest and, on the other hand, the Belarusian Government is eager to represent your doing business possibilities to foreign investors,” he said. According to the diplomat, the forum is supposed to receive support from Rome and regional business organizations. Delegations from Italian Sardinia and Veneto are to come. Speaking of the autonomous region of Sardinia, the Ambassador noted that it’s an example of building co-operation with Belarus. Mr. Bianchi also stressed that Belarus and Italy are communicating on different levels, adding that our foreign ministers often contact. In 2013, Belarus’ Deputy Foreign Minister, Yelena Kupchina, visited Italy and the diplomat hopes a return visit is soon to come. A representative of the Italian Economic Development Ministry is to visit Minsk to take part in a session of the joint commission of trade-economic co-operation.

Meanwhile, our two nations are connected not by economic benefit but the feeling of mutual amity as well. Thousands of Belarusian children from Chernobyl contaminated areas have been warmly accepted by Italian families. Mr. Fallico said that he found workers of the Minsk Tractor Works in Minsk; although many years have passed since their co-operation, the meeting was truly emotional and friendly. Such examples are typical and this is probably the key guarantee of the Belarusian-Italian co-operative results.