Belarusian model Angelina Wales is often featured by the foreign press. While Belarus has plenty of beauties, few with cerebral palsy manage to make their mark in this elite profession. Perhaps Angelina is the only one

Disabilities are not viewed as they once were. We now believe that challenges can be overcome, enabling us to experience happiness, fulfilment and love. It may be that some still doubt the possibility to achieve ‘success’ against such odds, or are convinced that those living with disabilities feel envy for the fully able-bodied. In fact, the last thing anyone wants is pity and it is a distortion to think that those facing challenges put on merely a brave face. 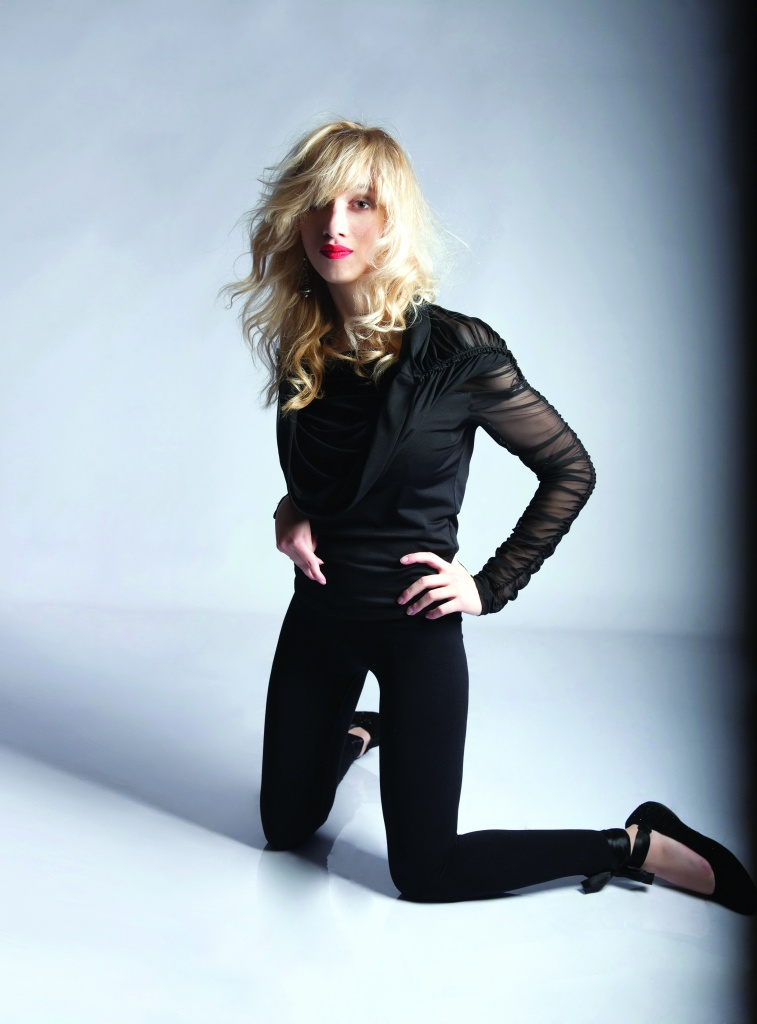 Historical facts speak for themselves. Composer Ludwig van Beethoven was deaf from a young age, while Francisco De Goya had mental problems. Rather than hindering him, these may have inspired him to create his Spanish masterpieces. Polish composer Frederic Chopin suffered from cystic fibrosis (when the mucus producing organs fail to work properly) while French artist Henri de Toulouse-Lautrec endured problems in walking after accidentally breaking both legs.

Think also of blind Homer, Japanese pianist Nobuyuki Tsujii (born in 1988), who played Jingles Bells at the age of two, blind Ray Charles Robinson, from the US, and Mark Goffeney, the well-known US guitarist without hands. His love for music proved stronger than all obstacles, and he developed his own system of guitar playing, gaining global recognition. Handsome Christian missionary Nick Vujnich is another successful and famous man who has overcome physical challenges, being born without legs or hands. He has not only a beautiful wife but two children. Meanwhile, Moscow’s Theatre of the Simple-Minded, established 16 years ago, comprises actors born with Down syndrome.

Belarus has several prominent personalities, including Yelena Galkina and Alesya Mokritskaya, who are many time bronze and silver winners at the European Championship and World Cup, for fencing. Alexander Adamovich has claimed prizes at the Belarusian Basketball Championship, while Anna Gorchakova is a world and European champion in wheelchair dancing. Anastasia Kostyuchkova is an international master of sports and holds the Nation’s Pride award, as a professional ski racer. She is currently training for the next Paralympic Games.

If we have patience and determination, we can achieve so much: the possibilities are endless! We just need to harness our strength to live an active life, pursuing our goals and remaining interested in the world around us. In fact, the example of some disabled people is an inspiration to able-bodied and able-minded people, who lack the drive to push themselves. There’s no need to ever be bored. Truly, life is a gift, as these unusual people remind us.

Angelina suffers from cerebral palsy and cannot walk independently but she doesn`t perceive herself as disadvantaged. Her watchwords are Movement, Target and Victory. Known as the ‘Angel of Wales’ she likes to call herself ‘the girl with unusual abilities’. She views her diagnosis as ‘a spice’. She looks rather like Scarlet Johansson in The Girl with a Pearl Earring.

Angelina decided to become a model at the age of 17, after watching Victoria’s Secrets and Tyra Banks’ America’s Next Top Model show. Most girls dream of being known for their beauty but few dare to realise their dreams. Most just watch TV and sigh. Angelina is convinced that ‘beauty is more than mere prettiness’ and that ‘imperfection is part of the real life’. She comments, “Awkwardness can be pretty in its own way, being a specific type of beauty.” Asked to comment on her success, she admits that it’s been extremely hard but that those following in her footsteps should find the path easier. “I’ve experienced misunderstanding and resentment in my niche, in Belarus and abroad,” she admits.

Nikolay Zabolotsky’s poem An Ugly Girl reads: ‘If this is so, then what is beauty and why do people deify it? Is it a vessel containing a vacuum or a flame glowing within a vessel?’

Angelina was named among the top ten ‘boldest and most beautiful’ disabled models by a Russian site last year but she also has an enchanting soul. A slender, blonde angel, she has a perfectly proportioned body and a charming smile.

Here, she tells us what inspires her to pursue her goal of leaving her wheelchair.


Angelina, you have a beautiful family name. Do you know your genealogical tree?

On my mother’s side of the family, we have an Orthodox saint, called Valerian Novitsky; he was canonised by the Belarusian Orthodox Church in the late 1990s. Within the same line, I belong to the Polish noble families of Korzeniewski and Szymanski, who have family emblems. My family name of Welskaya has British roots, coming from the geographical name of Wales, where my forefathers lived.

What do you remember of your school years?

I remember the boy whom I loved in my seventh year at school. He had long hair, like the main character in the film Rebelde Way. However, after he had his hair cut, my romantic feelings immediately dissolved.

Did you go to an ordinary school?

I attended some classes at school though, officially, I was studying a home curriculum. I wanted to accumulate social experience, communicating with my peers. In this way, I grew up and became independent.

It’s probably hard to adapt during your teenage years.

Yes, it’s not easy. However, my principal position is to never hold on to bad memories. These feelings don’t have a positive outcome and tend to make us angry. I’m convinced that those who have offended me in the past regret their actions today, now being adults, with their own children.

It depends. I understand that it’s impossible to relax if you worry all the time. However, we need to take notice of certain signs: in passing conversation, or on radio or TV. It’s interesting. However, you need to distinguish between true signs and idle speculation.

Can you do so?

When were your professional preferences formed?

Since childhood, I’ve been dreaming of dancing and acting on the stage. I enjoyed imagining myself as a famous actress and wanted to take part in a brightly costumed performance, staged in the Baroque or Rococo epoch. This would have brought me such a feeling of success. It wasn’t difficult to choose my further-education establishment: the University of Culture and Arts. I graduated as a culturologist-manager and immediately began preparing for my post-graduate courses at the Arts Academy, specialising in theatrical art.

How do you plan to develop as a model?

First of all, I want to learn to walk independently. I then plan to join the international modelling arena, taking part in various reality and talk shows. I want to be shot for popular glossy magazines.

What attracts you about acting and modelling?

It’s impossible to live long under the influence of despair: you’d go mad. Fashion is an escape from reality. To emotionally diversify my life, I turned to modelling, viewing it as something miraculous. While it earns me some money, primarily, it’s a breath of fresh air. I can say the same of acting, which offers a new dimension to life, with different realities and fates… 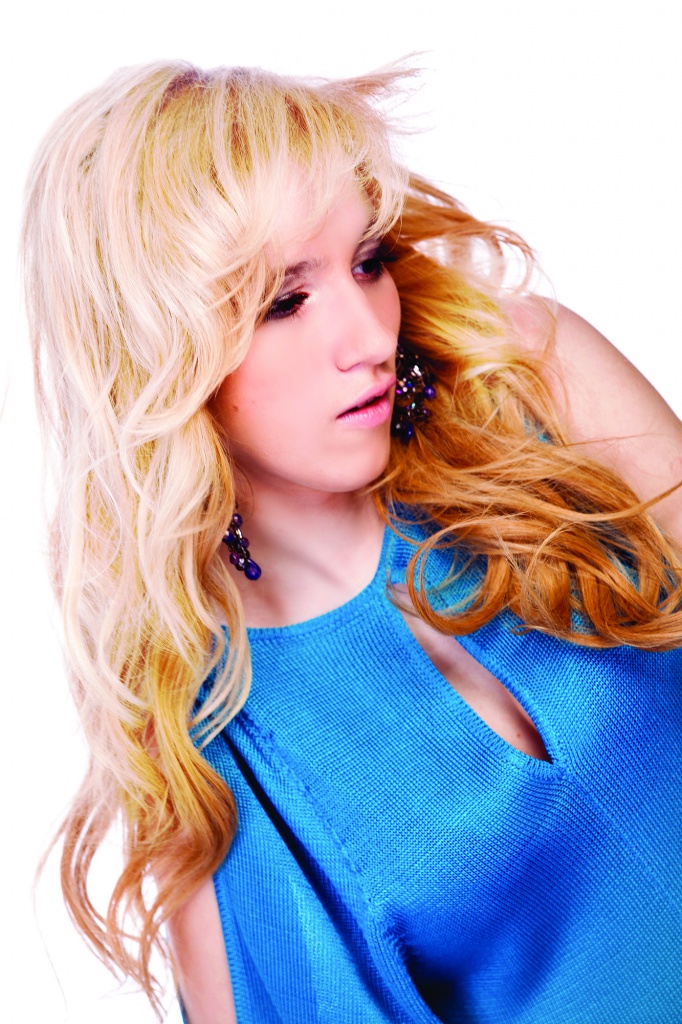 I`ve heard that you have a theatrical project...

Yes; I’m keen to combine fashion and theatre in a single catwalk. I have the concept ready and some articles written. Dmitry Bikbaev [a Russian theatre and cinema actor] is interested and has offered the stage and technical expertise. I’d like to see a disabled model fly in at the end of the performance, wearing a long dress. The only obstacle is money!

What has been done so far? What are your successes?

I enjoy much success! My family organised my first professional photo session and I later shot with the Director of Minsk’s Tamara Model Agency, Tamara Goncharova, and the 2008 winner of the Miss Belarus Pageant, Olga Khizhenkova. I’ve also had a shoot with STV TV Channel host Irina Khanunik-Rombalskaya, and the О`Jen designer clothing company. I have photos with Moscow’s Muz TV Channel host, Rita Chelmakova, with famous Russian photographer Marat Mukhonkin, and with Dmitry Karyakin, a soloist with Belarusian Litesound band. I took part in Oksana Liventseva’s show, at the 2014 Fashion Week in Moscow, and was shot for a short social film by Andrey Polupanov.

Ukrainian and Polish TV channels have prepared programmes about me and, two years ago, I had a cameo role in the Russian soap Snow Falling (directed by Vladimir Tumaev). The same year, a billboard with my photo was produced: the first featuring a disabled model for an advertising campaign. Belarusfilm Studio is now filming the Inimitable documentary, featuring myself in the leading role. It tells of important events in a Belarusian model’s life: the crew followed me from time to time, during shoots, so audiences can see a different side to the ‘Angel of Wales’. In future, I plan to participate in a music video for I.O.W.A. band and will appear on the catwalk in autumn, for Italian designer Antonio Urzi.

Do you have time for hobbies?

I love chiromancy and have achieved some progress, telling someone’s future from their hands. I also love writing creative scripts for celebrations, such as birthdays, to entertain guests. I like reading about the history of fashion and theatre and enjoy Oscar Wilde, Bernard Show and Musset. I love watching the Fashion TV channel and the news, as well as listening to classical and national Chinese music. In addition, I’ve been studying the history of perfumery and plan to make a collection. I also do yoga and am trying to master alpine skiing. I dream of mastering this, or ballet gymnastics.

That’s a lot of interests. Do you have a tough schedule?

At present, my schedule is completely based around my studies. I spend the afternoon with my textbooks, as I have exams soon. Then, I take a walk in the fresh air and either train at the stadium or swim in a natural pond if the weather is fine. Physical training and cold training are a must. If I have a shoot, my schedule differs, with no sports or studies. I then fit my life around the shoot. Sometimes, I barely have time to eat but I’m happy.

What will happen after you reach all your current goals?

I’ll devote my life to theatre and, probably, design. I have an idea of designing a collection of orthopaedic shoes: moderately priced and ultra-fashionable. I’ve had problems finding comfortable footwear, so I understand the needs of others like myself, and want to create a fashionable collection for them.

Who taught you such confidence and sense of purpose?

My mother, whom I love very much.

Apart from her main job, my mother helps me think of ideas. She is my motivator, psychologist and assistant. She never gives up or complains, always smiling and reassuring me. My mother is a true optimist, seeing good even in bad things. She is talented as a composer but, sadly, failed to fully realise her skills. However, some of her works have seen success and she has some fans. In 2003, she wrote a song devoted to me, performed by Inna Afanasieva. She’s also worked with Nikolay Karachentsov. Sadly, he was in an accident and the project failed to come to pass. Not long ago, my mother wrote another song for me, which I’d love to perform.

Your father also contributes much to your artistry…

My parents divorced when I was 3 years old but I have a good relationship with my father. I live with my step-father, who treats me as his own daughter, helping me with my strategy of business development, giving advice, and supporting me during shoots. He takes care of me. He is reliable, protecting my mother and I.

What family traditions do you have?

Our most important motto is to never lament or complain!