Just a few years ago, Belarusians thought of ‘patrons’ as having lived only in the past: rich industrialists and bankers who admired art, collecting paintings, which they then donated to society and the state. Now, such people are appearing again, donating money to restore cultural monuments and to purchase museum treasures, as well as to fund festivals of drama, folklore or knightly chivalry. 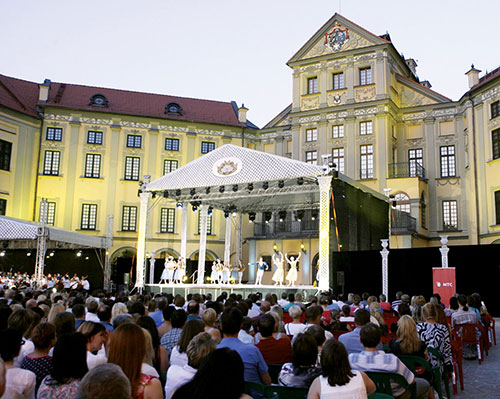 
A considerable number of banks, mobile operators, enterprises and, even, wealthy individuals, have donated money to develop culture. In appreciation of this support, the Ministry of Culture has instituted the ‘Patron of Culture of Belarus’ award. This year, the country’s most generous commercial companies were recognised for their kind sponsorship.

The premiere of Pan Tadeusz, by the Yanka Kupala National Academic Theatre, took place in June 2014, in Paris. The staging was based on the poem by the same name, written by Adam Mickiewicz: a Polish poet born in Belarus. Mickiewicz wrote Pan Tadeusz in Paris, where it was first published, in 1834. By 1859, it had been translated into Belarusian and is now available in 33 languages, exploring the customs of the gentry.

The Yanka Kupala Theatre’s staging of Pan Tadeusz was the first by a Belarusian director on the Parisian stage and coincided with the 180th anniversary of the poem being written in Paris by Mickiewicz. It gathered over 600 spectators to the MC93 Theatre, who watched the Belarusian language performance with French subtitles; the translation was by Iosif Semizhon, with transliteration into French by Robert Bourgeois.

The audience’s approval was evident from the 10 minute standing ovation and, of course, none of this would have been possible without support from the state and patrons. More than 10 companies helped fund the performance, which is now on stage in Minsk.

The Alexandria Gathers Friends festival is held in the village of Alexandria on Kupala Night, gathering guests not only from Belarus but from neighbouring regions of Russia and other countries. The event features variety stars and is complemented by the Alexandria Crafts Fair, on the picturesque banks of the River Dnieper, including master classes, exhibitions, excursions and performances by amateur talent groups.

President Alexander Lukashenko has made time to attend the festival, praising the choice of venue, on the Dnieper, where three Slavonic peoples — Belarusians, Russians and Ukrainians — are united. Last year, 60,000 people gathered, with local authorities and businessmen funding the event, to ensure that conveniences and comforts were met.

In 2017, Belarus will celebrate the 500th anniversary of the first Belarusian printed book, which was created by Frantsisk Skorina, a native of Polotsk, in Prague. The National Library is joining forces with a bank to publish copies of Skaryna’s editions: The Book Heritage of Frantsisk Skorina. Each of the country’s higher educational institutions is to receive a complete set of the first Belarusian books, with Polotsk State University being the first to receive a facsimile of Skorina’s Bible. 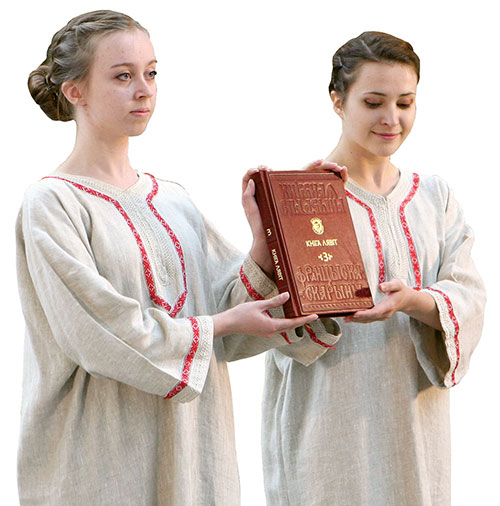 
According to the Deputy Director of the National Library, Ales Susha, presentations began in Polotsk. He tells us, “This city, as we know, is the birthplace of Frantsisk Skorina. All the books published by Skorina in Prague (1517-1519) and Vilnius (1522-1525) will be republished by 2017, based on electronic copies, which remain in better condition. These are stored in libraries and museums across Belarus, Russia, Ukraine and Germany, accompanied by expert comments. We have translations of forewords and afterwords into modern Belarusian, Russian and English for the first time. There are a thousand copies being made of each book, with a hundred issued in leather binding.

The National Library of Belarus has only 10 Prague copies of Skaryna`s Bible, but about 360 printed copies of this unique edition exist worldwide.

Solo in a castle

Bolshoi Theatre Evenings at Nesvizh Castle is already a traditional cultural event, hosted in the courtyard of the former residence of the Radziwiłł family: once the most powerful magnates in Eastern Europe. Besides state support, it has received bank funding and sponsorship from a mobile operator.

Such open-air festivals are popular across Europe, and Belarus is no exception, offering an individual flavour. Music fans and theatre-goers alike enjoy the open-air atmosphere in historical surroundings.

In 2010, just 600 seats were available, rising to over 1,500 last year, gathering an audience from Belarus and abroad.

Vladimir Gridyushko, the Director General of the National Academic Bolshoi Opera and Ballet Theatre, notes growing interest in performances and concerts at Nesvizh. He tells us, “Our concert programmes and creative evenings are diverse, including soloists from the Bolshoi Theatre, and opera and ballet performances by Belarusian, Russian and European composers.” Of course, in the 18th century, Franciszka Urszula Radziwiłł founded one of the first theatres in Belarus, in Nesvizh. 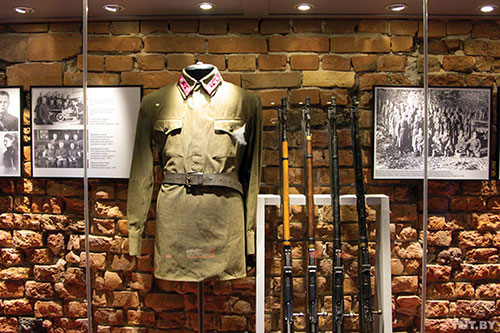 A new exhibition opened in 2014, at Brest Hero-Fortress memorial complex (in the southeast part of the defensive barracks): Museum of War — Territory of Peace. Designed by the Deputy Director, Larisa Bibik, and artist Yuri Sukhov, it received sponsorship from a huge gas company. Br15 billion has funded the latest technologies: touch screens, sound effects, and installations. According to the Director, Grigory Bysuk, almost 400,000 people visited Brest Fortress last year.


The traditions of patronage in Belarus began many centuries ago. At the end of the 12th century, Saint Yevfrosiniya of Polotsk requested that Kievan jeweller Lazar Bogsha make an altar cross with precious metals for Polotsk’s Church of the Holy Saviour. Wealthy Vilnius residents financed Frantsisk Skorina’s printing in the city in the early 16th century and, in the early 20th century, Ivan Lutskevich spent his own money on purchasing artefacts for the Belarus Museum in Vilnius, which operated from 1921 to 1944.

Thanks to the help of sponsors, Mogilev’s Museum of History has received rare old editions, while the National Art Museum has gained pictures, and Minsk’s History Museum has been filled with rarities. Private individuals have donated money to help restore ancient estates and churches, with some wealthy donors supporting major national cultural projects. Someone may write a book on the subject one day. Of course, the state takes note of such generosity, encouraging with its thanks; tomorrow’s generations (including historians) will do the same. National culture and treasures endure forever.

Patronage is an example of state-private partnership; for many people, such partnerships are a reason for living. The state is grateful to collectives and other citizens for their sincere generosity and social responsibility. Their names will be recorded in the contemporary history of Belarus. In 2014, almost Br50 billion was donated in sponsorship, allowing major cultural projects to be achieved: the Christmas Opera Forum, ‘Teart’, the ‘Ten Centuries of Art in Belarus’ exhibition, and premiere performances at theatres. Other good examples of co-operation between the state and business are the ‘Slavianski Bazaar in Vitebsk’ Arts Festival, the ‘Listapad’ Film Festival, and the Yuri Bashmet International Music Festival. How can we thank these people? By showing respect and recognition for their contribution to Belarusian culture.

Victor Babariko, the Director of the Bank:

We can all choose to contribute via patronage and charity donations. Some feel moved by compassion, while others wish to swagger or be ‘noticed’: whatever your motivation, the results are the same, bringing wider social good and changing the world for the better. Our world cultural heritage has always relied on funding from wealthy patrons; the riches of society bring a richer cultural foundation.