Several years ago, the state decided to revive the former glory of our ‘northern silk’, for use by doctors, firefighters, builders, energy workers, fashionistas and housewives

Our ancestors used to say that gold is harvested after flax is seeded. Several years ago, the state decided to revive the former glory of our ‘northern silk’, for use by doctors, firefighters, builders, energy workers, fashionistas and housewives. 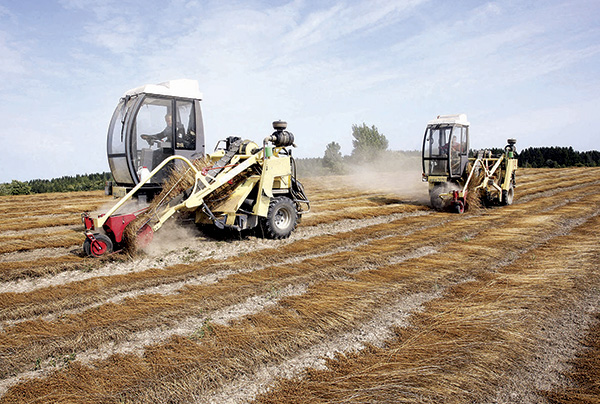 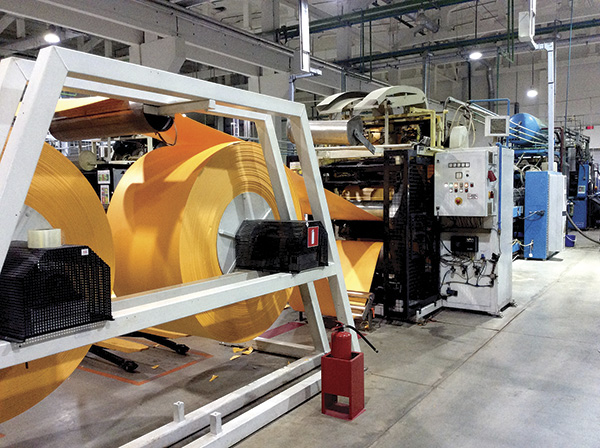 Orsha Linen Mill is the only company in the country producing linen. Over 75 percent of its produce is exported, to over 30 countries. It supplies 3 percent of the world’s linen.

Modernisation began with processing: Orsha Linen Mill supplies 8 percent of the global market for technical linen fabrics but was in danger of lagging behind technologically. Now, over $200mln have been injected, notes Igor Yeshchenko, who heads the Range Development and Advertising Department at Orsha Linen Mill. He tells us that the first stage of modernisation has significantly improved the quality of fabrics.

He explains, “After the revamp, our factory #3, which focuses on exports, doubled its production volumes. Our 170 new knitting looms produce fabric of European standard in width and quality. The finishing factory is simultaneously being reconstructed but is already partially operational, with new equipment being installed very soon. We’ll be able to manufacture fabrics for premium clothes. However, the most interesting avenue is that of cottonised yarns, which are utterly groundbreaking.”

Belarus is already producing fine quality, close woven linen, using a quality of flax previously used only for making bagging and hard thread. With properties similar to cotton, it’s suitable for the sewing industry, meeting buyers’ high requirements. Over 70 percent of Belarus’ flax is of this type, but new technologies have made it possible not simply to process these huge volumes of ‘less than perfect’ raw material but to use it for the most modern and fashionable trends.

Those who’ve never visited the Mill’s shops may not have seen its soft linen bed covers and tablecloths, so popular at the recent Sochi Business Forum. Besides non-iron bedding and loop towels made from cottonised flax, there are sets for the banya, linen curtains and curtain lace. All are ecologically friendly and durable: an ordinary towel can survive 50-60 washes while those made at Orsha manage 300. Although modern producers aren’t usually interested in durability, Orsha Mill views this as a sign of quality.

Tamara Volodko, the Mill’s leading fashion designer, asserts that cottonisation has changed the face of flax. “We’re convinced that flax beaten tow is no worse in quality than that made from long grain. Moreover, it has just 1.5 percent ‘cockle’ after additional processing, allowing less creasing. Jacquard fabrics are gaining in popularity and many private firms are using them to sew clothes. Moreover, diverse forms of processing make it possible to achieve the necessary effect with Belarusian linen,” she comments.

Few could have imagined that the factory would come to master knitwear, but stylish scarves are now being sewn in the experimental laboratory, as are heavy fabrics for outwear, and light companion-fabrics. In summer, Ms. Volodko’s collection, featuring linen footwear and jacquard fabrics, received the highest award at the Ples — Linen Palette Festival (hosted by famous Russian fashion designer Vya­cheslav Zaitsev).

The second stage of modernisation is currently in full swing, with around $50mln being spent. Mr. Yeshchenko is convinced that the firm is on the right path, saying, “Flax has received due attention, as is fitting, as our national symbol. Flax has great export potential.”


To ensure durability for your linen, observe these rules: