Every Belarusian participant returned home as a winner, showing that our land of white storks, blue lakes and tolerance is also home to delicious and beautiful pastries.

Belarusians traditionally enjoy taking part in international culinary competitions, having won major prizes at the 2012 World Culinary Olympics, held in Germany, and ten medals (gold, silver and bronze) at Luxembourg’s Culinary Arts World Cup in 2014. Every Belarusian participant returned home as a winner, showing that our land of white storks, blue lakes and tolerance is also home to delicious and beautiful pastries. 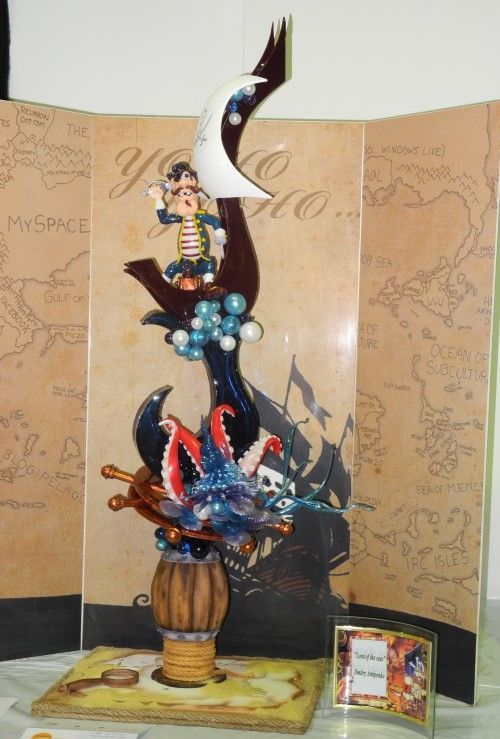 Before a chef can rise to the top of the culinary Olympus, he or she must prove professionalism along the way. For about ten years, Minsk has hosted the Bread and Confectionary exhibition annually, gathering talent from across Belarus and beyond. Last year, the event included the International Championship of Culinary Arts and The Triumph of Style and Taste contest, whose winners then represented our country at the Culinary Arts World Cup.

The Ministry of Agriculture and Food joined forces with the Ministry of Trade and Baker journal to organise the contest: one of many for Baker editor Lyudmila Ovsyannikova and her magazine.

Dmitry Antipenko, Inna Varennikova and Natalya Sharay all took gold medals, while Inna Yakovchuk and Nadezhda Bogatenko claimed silver. Others also won prizes but the works were so amazing that, in my opinion, we shouldn’t focus on rivalry, rather offering the admiration deserved by the perfection of this culinary art form. It takes skill and experience to turn ingredients into a masterpiece, working with delicate filigree and other techniques. Of course, skill must also be combined with love for your work and patience. Such cakes become exhibits in museums rather than being eaten.

Olga Rybaltovskaya from Baranovichi produced her ‘Assol’ cake, measuring half a metre tall. Her bronze medal effort now resides at a confectionery in Luxembourg. Nadezhda Bogatenko, who works for Vitebskkhlebprom, gave her interpretation of Kasimir Malevich’s pictures, while Nina Yakovchuk, who works at Zhlobin’s Bread-Baking Plant, presented amazing sugar flowers. Alexey Ivanov, from Gomelkhlebprom, brought a touch of Belarusian authenticity with ‘jewellery’ wicker baskets filled with cones and mountain ash branches. His colleague, Dmitry Antipenko, a multiple winner of culinary competitions, added coolness with his ‘Master of the Seas’ caramel creation.

Foreign media, the jury and guests praised our Belarusian participants for their hard work and modesty. I felt proud of their courage and determination in bringing works from their imagination to life. Meanwhile, think of the difficulty of transporting delicate creations, battling changes in temperature (not to mention clearing customs). 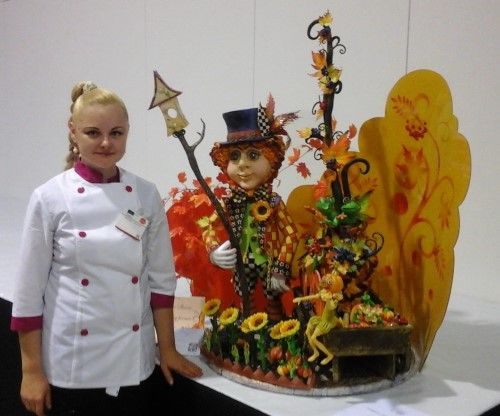 Creative confectionary making became popular in the 16th century, when a Belgian pharmacist’s cough medicine recipe turned out as chocolate. The ancient Egyptians may have been among the first to master the art of making candies, using dates as their main ingredient. Belarus’ feast of honey cakes and gingerbread with nuts was among the most popular in days of old.  Recipes are now easily available, and can be achieved in any kitchen: whether making simple biscuits or petit fours, or slightly trickier profiteroles. No professional training is needed, and plenty of day courses exist, growing in popularity of late.

Photos of incredibly beautiful cakes often appear on personal social network pages, while a variety of television programmes encourage us in this pursuit. Every hostess wants to surprise her guests with a dessert not only delicious but visually splendid. It’s long been fashionable to present loved ones with a cake embellished with an edible photo or flowers. The sky is the limit when it comes to designing cakes. One wife even made her husband a ‘roast pork’ cake: on biting into the slice of meat, he discovered only cake!
True masters in the art are found at forums, competitions and championships, such as Party Queen, for female confectioners. Held during the SIGEP trade fair in Italy, one of the largest in Europe for confectionary, bakery and ice cream making equipment, it gathers more than 112 countries, with Belarus among them. 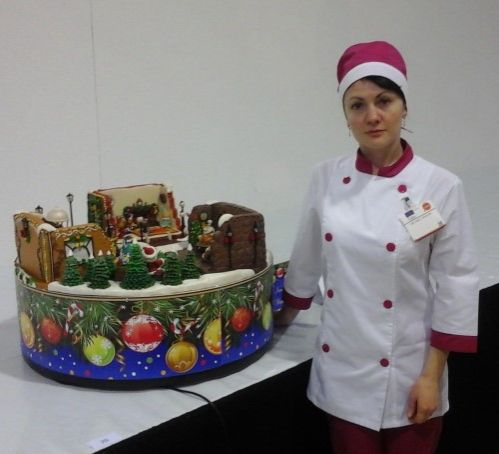 Healthy can be delicious

Most shops now sell hand-made cakes from small entrepreneurs, making us wonder if state bakery ‘titans’ will soon become a thing of the past. Of course, state-owned enterprises take great care to ensure that their recipes are healthy; Minsk’s №5 Bread-Baking Plant offers a cheesecake made without any chemical additives.

It’s delightful to admire colourful stalls of sweets, and cakes designed to look anything but edible! Some are too marvellous to destroy by cutting. I’ve seen a cake in the form of hundred dollar bills and another made as a hat with bows and flowers: a winner of the Best Confectioner competition, created by young Olga Metlitskaya. The talented confectioner has worked for Vitalyur, in Minsk, for 10 years, taking part in various city and international contests, at which she always claims prizes. 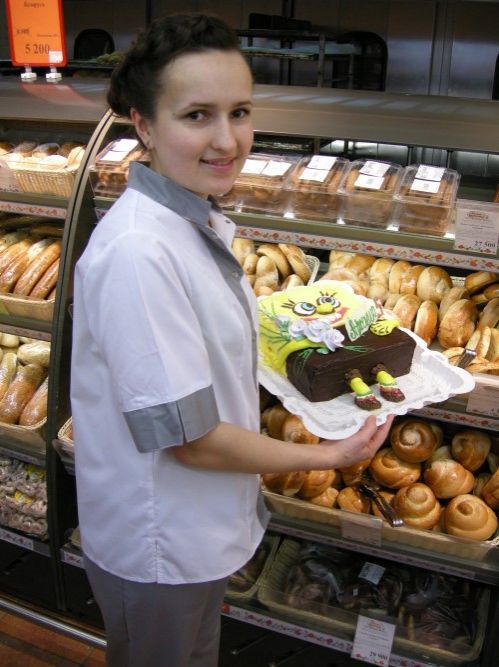 Which culinary competitions have you entered?

In 2008, I won bronze at the World Culinary Olympiad in Erfurt in Germany — held every four years. It requires as much preparation as the sporting Olympics! In Brest, where I lived before my marriage, I entered a culinary competition and took second place. I’ve also won regional and national contests.

What are your plans?

I’m keen to develop, reaching an international level, and want to take part in professional workshops and master classes. In short, I have no wish to stop.

Why are such competitions important?

They encourage us to improve our skills and certainly bring happiness. Think of how much delight and joy a cake can bring at a festive meal of family and friends.

At the very least, the cake must be edible! It’s quite tricky to avoid chemical additives these days, so a cake without them is rare. However, at competitions, the ingredients list is scrutinised closely.

As the ‘architecture’ of fancy cakes differs, are different skills needed from those in normal baking?

Of course, any knowledge is welcome but confectioners learn through experience generally. Each year, the international professional standard rises significantly, so I think that related courses cannot be far off in coming. For the time being, we are driven by personal desire and inspiration.

Where do your ideas come from?

From everywhere: while on public transport, or reading, or before falling to sleep. You close your eyes and suddenly see your future cake! It’s like any other art — sewing, painting or design.

At work, does one person come up with the recipe and another decorate?

It wouldn’t be a bad idea to share out the jobs, since some people like making figures and other prefer icing but it’s not the case. A technologist can, certainly, do his bit but we often make just what a customer chooses.

Is it difficult to decorate a cake?

Did it take long to make the bow on your cake-hat?

No, just a couple of minutes.