Physical-Technical Institute experts from the National Academy of Sciences of Belarus and the Dolgoprudnenskoe Design Bureau of Automatics JSC have created an unmanned aircraft for the Russian Ministry of Emergency Situations, with tests soon to begin in Balashikha, near Moscow. 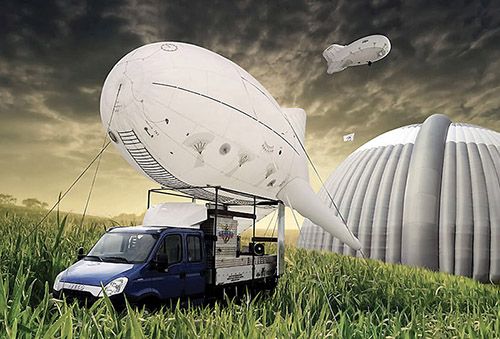 The device has been designed to conduct surveillance over woods and marshes, in order to discover incidences of fire or flooding, to inform control centres. Associate Professor Yuri Yatsyna, who heads Research-and-Production Centre BAK (Unmanned Aircraft Complex) and Technologies, at the Physical-Technical Institute of NAS of Belarus, and who has a PhD in Technical Sciences, tells us, “Since the first half of the last century, when there were attempts to widely apply airship technology, world science has solved two vital issues: manufacturing helium gas (lighter than air and explosion-proof — unlike hydrogen); and lighter and stronger, multi-layered materials, able to retain helium more efficiently, with high fluidity.”

Such technologies are now being combined with the latest expertise accumulated by Belarusian scientists and applied to the creation of unmanned aerial vehicles. Most of the expenses involved are centred on various control systems, gauges, observation complexes and transmission of data to the mission control centre. Meanwhile, Belarusian developments are easily a match for foreign developments in quality, while being less expensive.

The new airship is almost identical to others currently on the market, but for travelling at a much slower speed, which is rather an advantage, allowing careful data collection, for transfer to a control board located perhaps hundreds of kilometres away. The second advantage is that it has very low running costs, using a small volume of engine fuel (and charging its battery). It can be ready for flight at almost a moment’s notice, needing only a cylinder of compressed helium each month.

Yuri Yatsyna shows us images collected from unmanned flights over Belarus’ Berezinsky Biosphere Reserve and the Belovezhskaya Pushcha. The first image lacks clarity while the second one, taken from a craft twice as low, at just 57m above the Earth, shows roe deer behind a tree. The unique stabilisation system, balancing wind turbulence and other factors, allows much greater definition to be acquired.

The novelty will be useful not only in preventing fires and supervizing animals but for carrying out meticulous topography surveys, and supervising the border and other protected territories, as Mr. Yatsyna explains. Just one cubic metre of helium can lift 1kg of load into the air, covering the weight of the craft and its systems. Belarusian and Russian experts have developed two unmanned models: with a volume of 32 and 60 cubic metres. This is far from the limit, as Mr. Yatsyna underlines, saying, “In the USA, experts have estimated that transporting cargo over long distances by modern airship could be 5-6 times more efficient than traditional air transport. We are technologically and intellectually ready to start developing larger models, needing only customers, who are sure to soon be forthcoming. Belarus has already developed a training program for those operating unmanned craft, aiming to transform the country into a top-level aviation power.”