We might declare that nothing is more precious than human life

What do we most value? We might declare that nothing is more precious than human life. 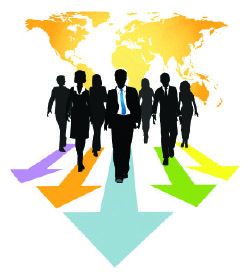 What do we most value? We might declare that nothing is more precious than human life. Of course, few would disagree. In this respect, we feel the horror of the military conflict in neighbouring Ukraine. Until recently, the idea would have seemed no more than a dreadful nightmare; now it is reality. Close by, thousands of peaceful citizens are dying: children, women and the elderly. May God grant Minsk the initiative to find a peaceful resolution to the military conflict in Ukraine. We hope it is crowned with success, since life has eternal value on Earth.

Meanwhile, we praise those who risk their life in the struggle against epidemics, those who help the poor and hungry, and those who work towards preventing military conflict around the globe. The United Nations Organisation, which now celebrates its 70th anniversary, retains its authority. Belarus-UN close co-operation boasts a rich biography, as we’ll explore over coming issues. This month, read the first instalment in Mission for Development.

Bread being the stuff of life, was worth its weight in gold during the siege of Leningrad. It was the saviour and the benchmark for well-being and labour achievements. For a long time, agricultural reports detailed how much ‘bread’ had been harvested.

Even today, it’s not easy to make a good loaf, despite our modern technologies. The profession of bread maker is revered even in our high-tech age. People often say: ‘Praise the hands which smell with bread’, adding that ‘If there’s bread there will be song!’  Bread is at the heart of society, life and celebration. You can read about the Museum of Bread in Belarusian Polesie, in the village of Motol, which is certainly worth a visit, to learn recipes of Polesie bread baking. Motol’s karavai (wedding loaf) traditions, handed from generation to generation, are being submitted as part of Belarus’ intangible treasure and may yet attain UNESCO’s World Heritage List.

This issue of our magazine also offers insight into Doktoro Esperanto. A memorial plaque on the facade of an old building long served as the only reminder of the well-known founder of Esperanto, Ludwik Zamenhof, who once lived in Grodno. The house of Doktoro Esperanto, as he is known around the world, stood deserted for ten years, until local entrepreneur Nikolay Shamin claimed the building, being fascinated by its former resident. The house has been reconstructed with maximum authenticity, and Nikolay now intends to open an exhibition devoted to the founder of this still popular language.

The south-eastern region of Belarus, Gomel Region, is known for its untouched landscapes, powerful industrial potential and unique ancient traditions, as you can read in Spring Arrives Early. Its magnificent Pripyatsky National Park is one of the most popular tourist sites in Belarus, being rich in flora and fauna, huge marshes, wide meadows, oak trees and broad-leafed woods. It is the ‘Belarusian Amazonia’. The ‘lungs of Europe’ are home to the largest forest-marsh complex on the continent, enriching the air with oxygen. Meanwhile, its oak groves are unique in Eastern Europe in structure and diversity.

Pripyatsky National Park also has international status as a key ornithological territory, boasting 256 species of birds: of these, 65 are listed in the Red Book of Belarus. Its flood plain is the largest migratory channel for birds crossing Europe, inspiring ornithologists to visit from every corner of the globe. In addition, the reserve is home to wild boar, elk, fallow deer, red deer, hares, foxes, muskrats, raccoon dogs, beavers, and rare aurochs, European minks and lynx, badgers, and both edible and garden dormice.

The wilderness brings us a unique outdoor experience, and visitors can also enjoy Pripyatsky’s Museum of Nature, which portrays the landscapes of Belarusian Polesie, with inhabitants, at various times of the year: large hoofed animals, insects, reptiles and amphibians, and a herbarium of rare Belarusian flora. The hall of Polesie folk customs and history includes a traditional home from the region.

Like our great and beautiful land, our magazine offers much of interest.