Most people in Belarus know Russian Gazprom as the largest miner and supplier of natural gas. However, the transnational company also runs a long list. 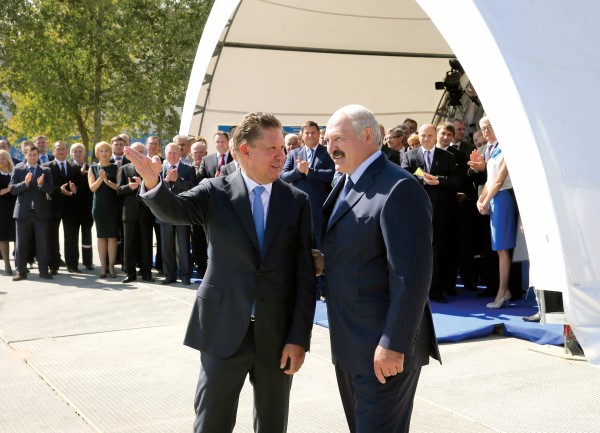 President Alexander Lukashenko at the launch of the Gazprom construction ceremony in Minsk (on the left — Alexey Miller, the Chairman of PJSC Gazprom)


of social projects. The largest is being realised in Minsk, with the construction of the multipurpose complex Gazprom Centre, on the city’s central avenue, near the National Library. Destined to become a real mini-city, it will be not only a prestigious workplace but a place for relaxation as well. Alexander Lukashenko and the Chairman of the Gazprom’s Board, Alexey Miller, recently met to hold a celebratory ceremony to mark the launch of construction.

At the end of last year, Moskovsky bus terminal was demolished, which did not meet with universal approval.

Even the most inveterate grumblers are sure to be delighted with the plans for the former bus terminal. The scale of construction is impressive.

Walking around the perimeter of the foundations, you can see that it’s the size of ten football fields. Mikhail Gaukhfeld, the Deputy Chairman of the Belarusian Union of Architects, used a pointer on a layout drawing to tell us, journalists, about the future site. He called it `unique` and justifiably so. Within a couple of minutes, I understood that nothing similar has been constructed in Minsk, or elsewhere countrywide. The 36-storey building will be 190m tall (the highest in Belarus) and will be a landmark architectural structure, including a four-star hotel, congress-centre, trading zone, restaurants and cafes, and underground parking for 1,300 cars. What else will it offer the city and its people?

Architects would say that Gazprom Centre will make Minsk more dynamic and modern in appearance. Businessmen will find it a comfortable place for running businesses, gathering representatives of leading world brands. About 5,500 new jobs are expected to be created, which can only be to the good.

At the design stage, the President requested that the site be planned with everyone in mind, offering services and entertainments to suit every taste: a multi-faceted medical centre and children`s educational centre, outdoor tennis courts, facilities for game sports, training simulators, pools, saunas and baths. The site is also to receive Minsk’s first amphitheatre. Surrounded by fountains, and bringing coolness in the summer, they’ll be transformed into a skating rink in the winter, delighting Minsk residents and city visitors.

The site is not only unique in scale but as a symbol of our successful Belarus and Russia Union State relations. Without exaggeration, it’s a shining example of mutually beneficial partnership. Sceptics have reproached official Minsk with playing off the West against Russia. A recent meeting with Alexey Miller saw President Lukashenko once again assert that Belarus will never make a choice between the West and the East. He declared, “We’ll never sell our security and independence, no matter how they may push us to the left or to the right. We’ve never sat down to talks where we’ve faced the option of having to choose between Russia and the West.” 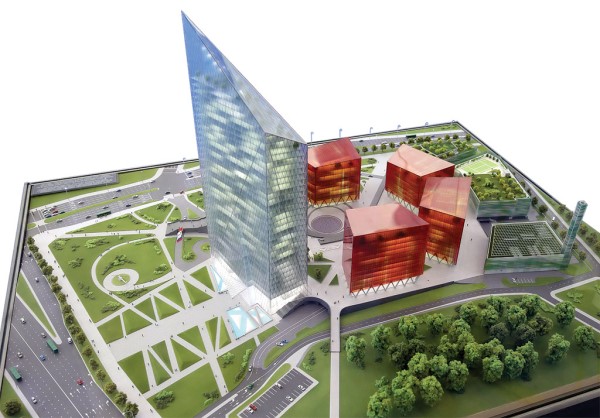 The President asked the head of Gazprom to relate this position to the governing body of Russia, when the opportunity presents itself, saying, “Let them not doubt our honesty, principles and reliability.”

An obvious example of such relations is Belarus’ interaction with the largest energy company, Gazprom. Belarus` Yamal-Europe gas pipeline offers Russia the shortest route to Europe for its natural gas and the President has noted the possibility of raising transit volumes. Alexey Miller has underlined that the company is increasing its volume of investments into Belarus, aiming to construct gas pipelines and gas distribution stations across the regions.

He added that Gazprom is implementing various social projects, including helping fund the restoration of Brest Fortress, the Gazprom for Children programme, and the building of homes for large families. Over 30 such families have just received apartment keys in a new building, in the capital’s Mikhalovo-2 suburb. Such work can only be welcomed; after all, it completely follows our social policy.

After the bilateral meeting, Mr. Lukashenko and Alexey Miller laid a commemorative capsule in the foundations of Gazprom Centre. Then, they toured the building site. Mr. Miller assured the President that the site will be built to the highest quality, in the shortest period. At the end of 2018, the city will gain a modern multipurpose complex which will become not only a centre of business and tourism, but a new Minsk landmark.

Russia is our Fatherland. We’ve never clashed with Russia, by and large. We’ve always had and will have questions about where we live in our ‘common house’. However, we’ve never had major problems and never will have. At least, they won’t originate from here. Any Western politician, and any American politician who arrives, will never tell you that we conducted negotiations at the expense of Russia or that we frightened someone with the threat of Russia. It has never been and will not be. At the same time we openly and fairly say: we want to normalise relations with the European Union and America: just as with Russia, just as with any state. These are our problems, and we’ll never solve them at the expense of our brotherly Russia.