From September 17th-18th, Sochi will warmly welcome the 2nd Belarus-Russia Forum of Regions, featuring at least 30 Russian Federation regions — including Moscow and St. Petersburg — and all those of Belarus, including Minsk. Co-ordination of the Union State’s industrial policy is high on the agenda, with the topic to be discussed by our Belarusian and Russian presidents, Alexander Lukashenko and Vladimir Putin. The forum aims to create more comfortable conditions for developing diverse economic relations between our two fraternal countries, while concluding business agreements and contracts. 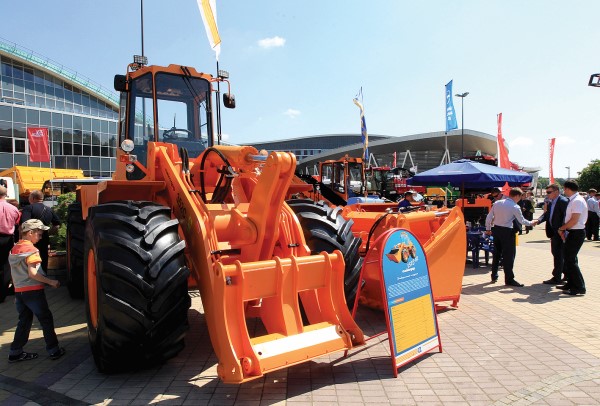 The forum promotes the exchange of opinions and considered decisions, held under the patronage of the Belarusian and Russian parliaments’ upper chambers, with active participation of the Standing Committee of the Union State. Naturally, the most important aspects of co-operation are discussed — primarily, relating to the economy. At the 1st Forum of Regions, hosted by Minsk in 2014, representatives of 19 Russian regions, and all Belarusian regions, took part, looking especially at the agro-industrial complex, to ensure food safety across the Union State.

This year, the Sochi meeting is focusing on closer co-ordination of Belarusian and Russian industrial policy. Of course, diverse practical steps need to be taken. The State Secretary of the Union State, Grigory Rapota, believes the Sochi event will be held at the highest level. “It’s great to hold a forum so devoted to interaction between regions; no other such of the kind exists. It’s a great venue for representatives to meet, to discuss topical problems and to take decisions. We always see the signing of agreements between regions, as well as between Russian regions and the Belarusian Government. Industrial co-operation is a regional responsibility — primarily, in the field of machine building. There are joint facilities in Russia involved in assembling tractors, tools and micro-electronics, just as joint tool building factories also operate in Belarus.”

Naturally, industrialists from Belarus and Russia plan to fully demonstrate their capabilities in Sochi, as they recently discussed at a selector meeting for representatives of Belarusian regions, ministries and agencies. The Chairman of the Belarusian National Assembly’s Council of the Republic, Mikhail Myasnikovich, headed the event. He said, “Belarus enjoys a unique chance to seriously demonstrate its private sector achievements, including in the sphere of services. Our country will certainly conclude new agreements and contracts.”

Such plans are the result of Belarusian-Russian economic relations, supported by the Union State. The Eurasian Economic Space (with Armenia and Kazakhstan among its members) is opening further doors to co-operative expansion. New contracts should raise exports: vital to Belarus’ economic wellbeing.

He continues, “With this in mind, a large scale exhibition of products made by Belarus’ major industrial enterprises is to launch; it’s currently being prepared by the Chamber of Industry and Commerce, ministries, agencies, regional executive committees and concrete enterprises. In addition, BelAZ, MAZ, MTZ and Amkodor — well known in Russia — will demonstrate their achievements. Gomselmash will present its newest harvesters and Mogilevliftmash will show its new lifts. The list goes on. Moreover, wood processing and oil processing industry goods are being demonstrated and there will be a display of the latest sci-tech achievements. A fair is to be held — selling Belarusian food and consumer goods: meat and dairy products, sausages, footwear, clothes and textiles. Heads of companies and authorities will hold meetings. The task is not merely to increase our turnover but to strengthen production co-operation. We hope to sign at least $100m of business contracts and around 15 agreements on inter-regional co-operation.”

“We can assert that the forum helps our Belarusian and Russian economies gain mutual penetration, building on their historical ties,” emphasises Mr. Rusetsky. “Over half of Belarusian exports are purchased by Russia while Belarus’ share in Russian foreign trade is large. The Central, Privolzhsky, Uralsky, and Northern-Western federal districts, in addition to Moscow and St. Petersburg, occupy leading positions in Russia’s mutual economic co-operation with Belarus. However, Belarus understands that it must defend its niche: any new contract envisages improving quality, and promoting new products.”

Mr. Rusetsky continues, “We’ve long been working on the Russian market and have noticed that, recently, some factors have emerged which significantly hamper our conditions of access: Russia’s (and Kazakhstan’s) joining of the WTO is having serious impact, as are sanctions imposed by some states on Russia and its response measures to protect the domestic market. In this respect, we’d like to attract attention at the forum to the efficiency of strengthening co-operative ties and of creating joint Belarusian-Russian import-substitution produce. Several decisions have been made within the Union State, aimed at establishing closer interaction between our two states’ industrial complexes. This work continues, as we enjoy huge potential in this sphere. The Eurasian Economic Union is giving a new outlook on the Union State’s role. Sadly, the Union has failed to settle all issues of industrial co-operation and, accordingly, must continue with these processes.”

The heads of Belarusian regions are bringing a package of proposals to Sochi, with Brest Region presenting its high quality meat and dairy products, knitwear and cotton fabrics. Dialogue with heads of Pskov Region and Yamalo-Nenets Autonomous Region continues, with co-operative agreements ready to be signed. Various plans indicate that the forum of Regions is inspiring further development of mutual relations in the field of industrial co-operation and in other areas important for Belarus and Russia.