How they celebrated the end of the Great Patriotic War, in 1945

On May 8th, Berlin time, in 1945, and May 9th Moscow time, the German leadership signed its act of capitulation, ending the Great Patriotic War. People in Belarus were immediately informed and their reaction is well-documented. 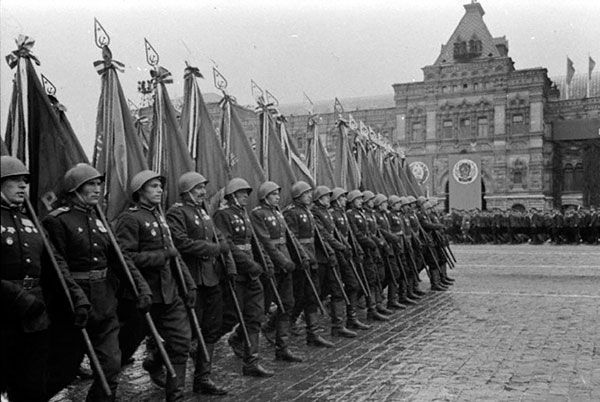 Mr. Molochko, a Minsk leader of the time, wrote, 70 years ago: ‘Rumours of Nazi Germany troops having capitulated before the Red Army, as well as before the troops of our allies, began to emerge on May 8th. Large groups of people gathered on the streets near receiving sets, waiting for the message of the final Victory over Nazi Germany. When, on May 9th, the radio brought the happy news of the Victory, the streets of the city came alive. Even people who didn’t know each other greeted one another with Victory congratulations, kissed and, sometimes, cried with joy.’ 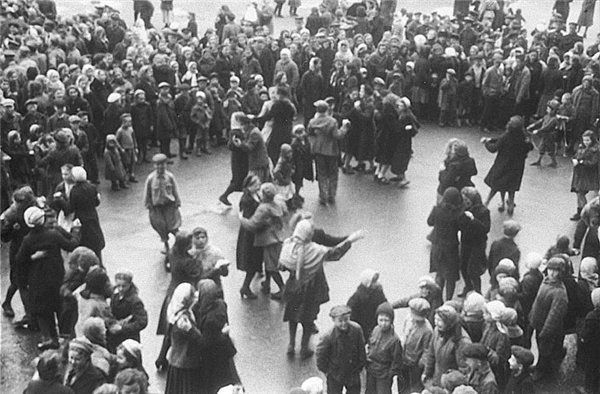 By 10am, Minsk’s main Lenin Square had gathered around 55,000 people bearing banners and slogans, accompanied by music in various forms: almost half the population. Those who couldn’t attend learned about the Victory from public notices placed on houses. Mr. Molochko wrote: ‘From 8am, across the city, they began to put up flyers on which were printed details of the act of capitulation by the German armed forces. Mrs. Mikhalevich from Revolyutsionnaya Street, said, after reading a flyer: “Now, I believe that the war is over”. ’
A festive atmosphere reigned over the capital. Throughout the afternoon and evening, in Freedom Square and in Gorky Park, orchestras played and people danced. One document from that time states: ‘Victory festivities made May 9th, 1945 a day of common triumph and joy for the workers of Minsk city’. 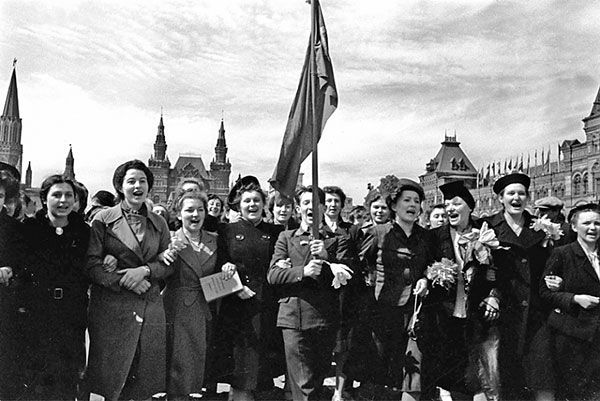 The city did not look vastly different to its present state, although Lenin Square is today’s Independence Square and was smaller at that time, covering the territory only in front of Government House. Gorky Park, Freedom Square and Revolyutsionnaya Street are almost unchanged. 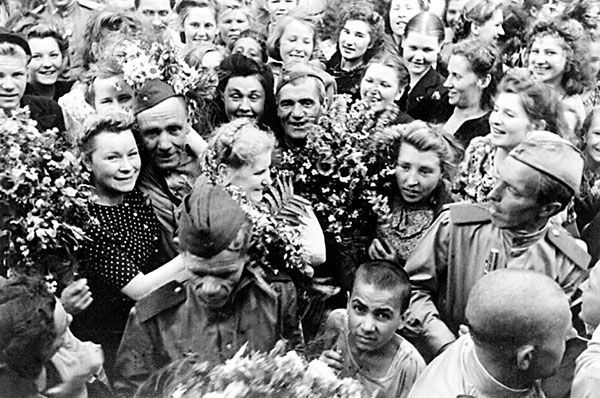 Workers from the Academy of Sciences astonished Minsk residents by planting 800 trees on the day on which the capitulation of Germany was announced, as one archive document tells us. News of their action came to the Head of the Government of Belarus, Panteleimon Ponomarenko, who declared it a ‘noble act’. 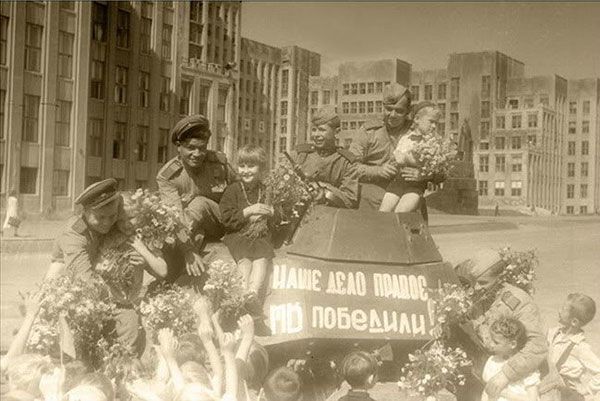 In May, at the invitation of Ponomarenko, architect Iosif Langbard came from Leningrad to Minsk, taking up the position of Head of Architecture and Planning. Before the war, he had built significant architectural sites in the capital of Belarus: Government House and the House of the Red Army (today’s Central House of Officers), the Opera Theatre, and the Academy of Sciences. These buildings all survived the occupation and Langbard was entrusted with rebuilding the city, renovating the best of what had existed previously, and continuing his masterpieces, which came to symbolise the endurance of the city and its citizens, the triumph of peace over war, life over death, and creativity over destructive power. 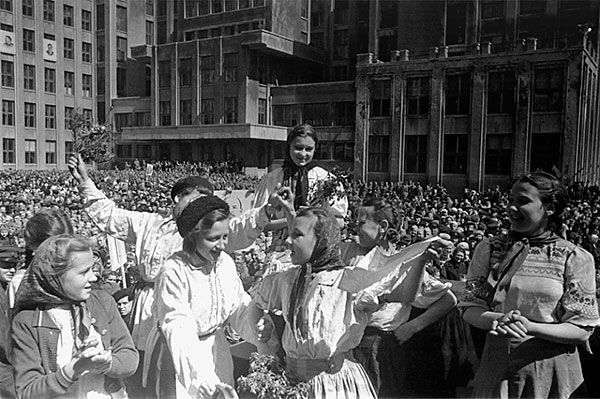 Having met Victory Day, Belarus began to prepare for another important date: the first anniversary of its liberation from Nazi occupation. Known as Independence Day, a resolution was adopted in May 1945, declaring: ‘July 3rd, the anniversary of the liberation of the capital of Belarus, Minsk city, is to become National Victory Day: the Day of the Belarusian People’s Liberation from Nazi Occupation’.

Every city across Belarus organised meetings and concerts. In Minsk, on July 1st, Gorky Park hosted a gymnastic festival and, on July 3rd, an exhibition of works by Belarusian artists opened, featuring pieces returned from Moscow’s Tretyakov Gallery. At the Central House of the Red Army, Minsk’s City Council met. The leadership received a telegram from the Ambassador of the USSR to the USA, resident of Belarus Andrey Gromyko. It stated: ‘Together with the Belarusian people, I feel their joy of liberation from fear of the German occupation and the return to peaceful days of happy, creative work’.

Greetings were sent also by the Minister of Foreign Affairs of Australia, Herbert Evatt: ‘On behalf of Australia and the Australian people, I congratulate the great Belarusian Republic on the anniversary of liberation from the Nazi hordes. I sincerely wish the Republic and its people a great holiday on July 3rd. I believe that, in the future, our countries will be closely connected’.

Belarus entered a new age, of peace and creativity, which continues today.

On May 9th, 1946, Belarusians celebrated the first anniversary of the Great Victory with a rainbow of fireworks at 11.30pm, over Freedom Square. Piotr Goncharov headed the Partisan Movement Department at the Belarusian State Museum of the History of the Great Patriotic War, 69 years ago. The museum was then situated in the three-story stone built House of Trade Unions, which still stands today. From there, the fireworks were directed. He recalls, “Telephone wires were carried onto the roofs of neighbouring buildings, and soldiers shot flares together. We only heard: ‘Get ready!’ and closed our eyes for a moment. Green and red snakes flew into the sky! After a few seconds, the orchestra began to play again.”

The tradition of marking May 9th and July 3rd continues today: peace is our most precious possession.