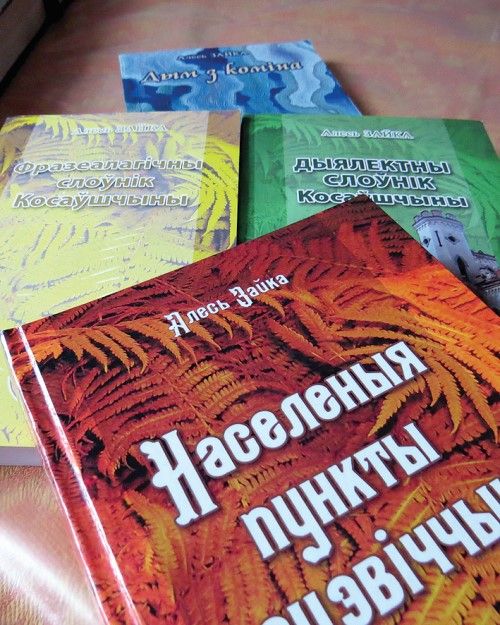 Ivatsevichi District is known for the Palace of the Puslovsky family, located near that of the parents of Tadeusz Kosciuszko, in the Merechevshchina nature reserve, as well as the post office in Nekhachevo, the Holy Assumption Church in Bobrovichi, and the Oginsky Canal. Many more attractive sites exist, as senior citizen Ales Zaiko emphasises. Living in Zapolie, he is convinced that no other place in Brest Region offers such a diverse cultural life as Ivatsevichi District. He asserts, “We can compete with Brest as the cultural capital this year.”

Ales views himself as a historian by nature, although he used to teach Belarusian language and literature. He is still involved in school life, being a keen ethnographer and writer. Even the Ivatsevichi District Executive Committee recognises his expertise, having signed his diploma, in the 75th year of the anniversary of the district. 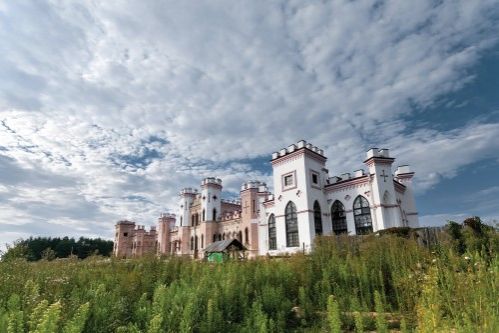 The Palace of the Puslovsky family in Kossovo District

Despite being only an amateur, Mr. Zaiko’s recently published Settlements of Ivatsevichi District is worthy of any professional, detailing village life in full. He explains that it covers 110 settlements, including Alba, Avsto, Byten and Yatvez.

Visiting Ales in Zapolie, time seems to fly as I listen to his stories. His study is filled with dictionaries and encyclopaedias, with more in his cabinets. Meanwhile, framed photos sit right up to the ceiling, as he’s also a keen photographer. He explains, “I’ve been creating various collections: of flowers, trees, people, and architecture. My first exhibition was held in the district museum, with captions added by my countryman and childhood friend Ales Ryazanov.”

“Do you know what gives me strength?” he suddenly asks me, through half-closed eyes. “Love! Nothing can be done without love and love can inspire any amount of work.” His wife, Antonina, is also a historian, working as his first reader, transcriber and proofreader, as well as his adviser and reviewer. Naturally, he dedicated his book about district villages to her. 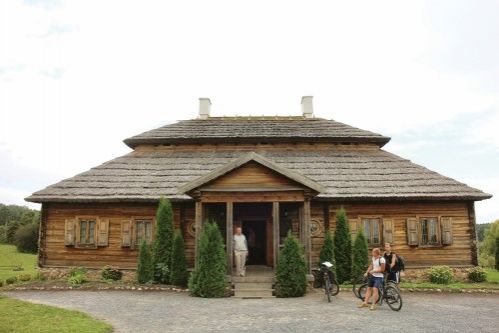 Andrew Tadeusz Kosciuszko was born on February 4, 1974 in Kossovo farmstead

Zaiko was born in Zapolie, and studied in Brest, becoming a teacher after his time in the army. All his life, he has recorded proverbs and sayings, jokes and puns, as well as wedding speeches — as given when dividing the loaf. Words tender and abusive have found their way into his records, as published in his Dialectical Dictionary of Kossovo District and Phraseological Dictionary of Kossovo District (Kossovo is a little town, founded in the 15th century). In 2015, he’ll publish his next book.

In one cabinet, there are many envelopes, each containing several dozen cards, upon which he writes his notes, including whether a word or expression is already recorded, with links to dictionaries. Suddenly he asks me, “What does ‘obora’ mean?” I’m silent, so he tells me that it’s a cowshed. He regales me with more unusual words: ‘shuma’ (broad-leaved trees); and ‘gvost’ (needle-leaved trees). He loves to collect the older words still in use in rural areas — such as ‘gusnut’ — as used to denote the thickening of liquid, such as soup.

Mr. Zaiko is also a collector of legends. One, which he heard in 1974, he proudly calls About the Origin of People in Belarusian. Marfa Shchurko from Zapolie told him why the Earth is populated by ‘good people’ and ‘all other sorts’. The legend states that Adam and Eve had seven sons but only one daughter, which inspired the men to all wish to marry her. To solve the dilemma, Adam placed his daughter in one closed pot, with a female bear in the next. The third held a sheep, the fourth a hen and the fifth a goose. The sixth pot contained a duck and the seventh a snake. The son who married his sister brought forth good and fair people. He who married the bear had descendants who were severe and silent. The son who married a sheep brought forth only calm and patient people… and so on.

Mr. Zaiko funds the publishing of his books himself, selling items to do so.  He tells us that he wrote prolifically until 2009, when he fell sick. It made him feel that he shouldn’t waste any time! He now has a lot more help, and the District Executive Committee has published his book about settlements. Meanwhile, the district newspaper publishes his local history articles.

Full of energy, Ales has even organised a local history display at the school in which he used to work. On show is a Bible from the Palace of the Puslovsky family, which he bought for 100 Roubles in Soviet times. He acts as a tour guide to those who wish to view the exhibits.

As to village life, he has no regrets, urging others to value their ‘forest’ and refrain from seeking happiness abroad.