Conversation about priorities which act as an engine of progress

Belarus has made a serious bid showing its intention to occupy a place among the more advanced and successful players in the nuclear power, engineering and telecommunications spheres

Belarus has made a serious bid showing its intention to occupy a place among the more advanced and successful players in the nuclear power, engineering and telecommunications spheres. Interest from the big international organisations indicates that this has been taken seriously by the world community. 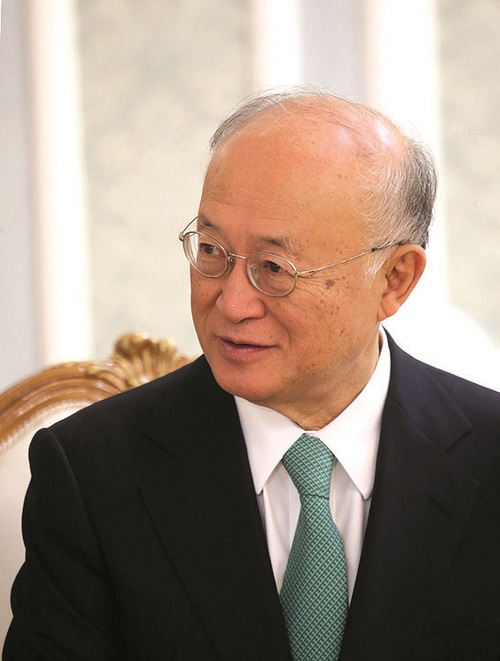 The President of Belarus has welcomed the Director General of the International Atomic Energy Agency (IAEA), Yukiya Amano, and Secretary-General of International Telecommunication Union (ITU), Houlin Zhao. These guests head international organisations involved in industries that will determine the world of the future.

Security is at the forefront of the discussions with the IAEA since Belarus is constructing a nuclear power station. As the main focus of the organisation is nuclear and radiation safety, their interest in the project is to be expected. In turn, we are keen to make the process transparent to our partners and particularly to our closest neighbours. The assessments of the IAEA as an independent and authoritative expert structure, are extremely important and we are keen to welcome its experts. The President invited Mr. Amano to visit the construction site to reassure him of the priorities determined by Minsk. Safety is of course, the key consideration both for staffing and technical solutions.

The storage and protection of nuclear materials is also under close scrutiny from the organisation. In this respect, the world community has no reason to be concerned. The President commented, “We’ll do our best to ensure the absolute protection of these materials so that no one could even attempt to take possession of such nuclear materials for terrorist purposes.”

Yukiya Amano declared that Belarus is a valuable partner for the IAEA. The two parties are maintaining active technical co-operation, particularly with regards to the construction of the Belarusian nuclear power station. The last time the IAEA Director General visited Belarus was in 2012 when the construction of the Belarusian power station had not yet begun. “I remember the meeting well and also the visits to the rehabilitation centres for the people who were affected by the accident at Chernobyl. Since then I have wanted to visit your country again to see the progress made in the past four years,” he said.

During the meeting, Mr. Amano thanked the Belarusians for the regular invitations to IAEA assessment missions to monitor the progress in the construction of the Belarusian nuclear power station. The Agency is ready to provide assistance in ensuring its safety in the future. Moreover, the IAEA Director General pointed out the importance of personnel training and professional advancement of the specialists who will be working there.

Both sides are extremely satisfied with the level of interaction. Belarus regularly invites IAEA assessment missions to monitor the construction process. It will provide all necessary assistance in preparing qualified staff and continue to offer every support to mutual co-operation. 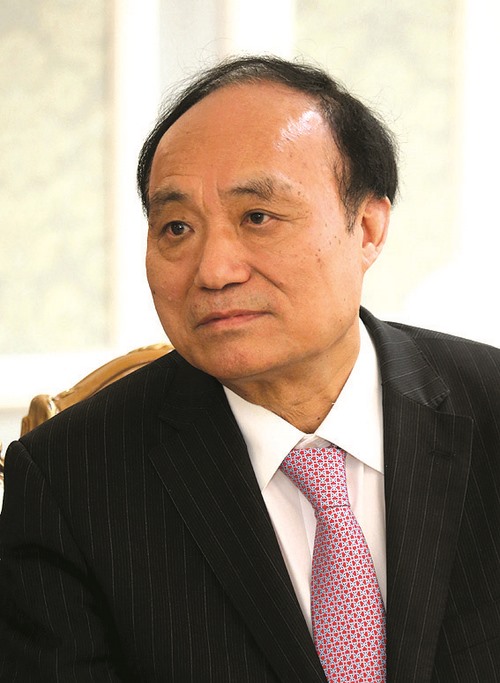 Belarus supports the idea of creating a new global mechanism for Internet regulation. The issue was on the agenda at the meeting of Belarus President of Belarus Alexander Lukashenko and Secretary-General of the International Telecommunication Union (ITU) Houlin Zhao. “We’re absolutely convinced that there should be no national egotism in Internet regulation. This very important sphere should be monitored by international organisations,” commented the President.

It primarily refers to the technical regulation of the network. Issues of creation, maintenance and the administrative management of domains at a higher level are conducted by the ICANN organisation, the American Internet corporation. At the dawn of the Internet this may have made sense, since it originated in the USA. However, it has long been a global network, so approaches towards security should be also global. At present, this is a matter for debate in which our country is taking an active part.

Mr. Lukashenko also noted that Belarus is actively pursuing the development of information and communication technologies and a number of large projects have recently been implemented.

Belarusian strategies for the development of telecommunications should be viewed in the global context, since we’re a transit country through whose territory commodities as well as information, flow. During his meeting with Mr. Zhao, the President briefly enumerated the most important achievements in this sphere. These include IPTV, raising the Internet access availability to almost 70 percent, the launch of the 4G mobile communication technology and the Belarusian communication satellite, as well as the establishment of the ground-based infrastructure necessary to service the satellite. Moreover, we’re also gradually developing the electronic government project. The task has been set up to promote the digital economy, relying on the computerisation of all spheres of daily life. All these place our country on a par with the most advanced states in the sphere of telecommunications as proven by ITU assessments.

Houlin Zhao noted that the Union, headed by him, unites 193 states. In the organisation’s rating Belarus is ranked 36th among them — significantly higher than China, Russia and the USA, while in terms of the dynamics of telecommunications development, our country is among the top ten. Such figures make us a desired partner in various projects. Mr. Zhao is convinced that Minsk can borrow as well as share its experience, and this opens up new opportunities for the attraction of investments into our country.
Заметили ошибку? Пожалуйста, выделите её и нажмите Ctrl+Enter