Two years ago, a national system of road payment was introduced, unique for post-Soviet space

Two years ago, a national system of road payment was introduced, unique for post-Soviet space


The PR manager of Kapsch Telematic Services’ BelToll system, Sergey Bury, tells us, “The new scheme is fairer than collecting money by ‘hand’. Toll roads are split into segments, each of around 20km, with drivers paying only for distance covered. Tariffs vary depending on the size of vehicle and number of axles. Devices detect all technical characteristics automatically, as soon as a vehicle drives below the system of payment control. Two payment methods are possible: using fuelling cards, or by pre-payment. The former is widely used by car companies, to allow them to pay by non-cash methods.” 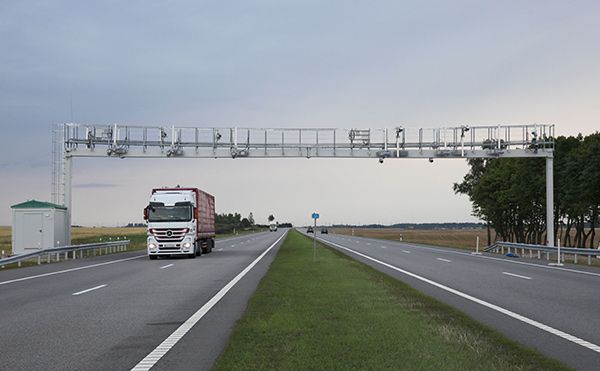 
Who needs to pay to drive along Belarusian roads?

Drivers of passenger cars registered outside the Customs Union — including passenger mini-buses with up to 3.5 tonne capacity, and drivers of trucks and trailers with capacity of over 3.5 tonnes.

What will happen if a driver decides to cheat — failing to install an onboard unit?

The system will detect the car at the first control station. Operators will inspect the vehicle and save its data in a special bank of law-breakers, to which the Transport Inspection has free access. Inspectors then either find and stop this car on the road or send a penalty to the driver’s postal address. In the first case, the car would not be allowed to continue its journey until payment is made. In the second case, the driver must pay an increased fee within a set period: 260 Euros for a single case of passing below a control station without an onboard unit (with a load of over 3.5 tonnes). Another 260 Euros if the same violation is registered within two hours.

Can the system fail? What happens in this case?

Technical failure of the system is impossible (where it fails to perform its function). In all cases, an onboard unit immediately signals — indicating that something has occurred. In this case, we recommend a prompt call to a dispatcher to tackle the situation. If a driver calls our info-line when e-payment is collected by mistake, they bear no responsibility. However, if a driver fails to call, they need to settle the issue with the Transport Inspection. This can take a long time and, most probably, would not be to their advantage.

The intellectual technologies of our system make it possible to restore information at the next payment station, which can automatically recreate the previous transaction.

Who are the major users of Belarusian toll roads?

Intellectual transport systems run by Kapsch Telematic Services for e-payment (similar to Belarusian) are operational in Austria, the Czech Republic, Poland and the South African Republic. Similar ideas are applied in Russia, the USA, Mexico, Canada, Australia, France, Sweden and dozens of other countries in Europe and Latin America; overall, over 280 projects are registered across 41 states worldwide. Russia, Kazakhstan and other neighbours are much interested in Belarusian experience of introducing a national system of toll roads.