The Green Plaza Hotel is preparing to receive new lodgers

According to the rules of good form, a hotel should be located at a walking distance from the airport. First of all, it is a sign of respect to passengers who sometimes arrive late in the evening and depart early in the morning. Or who sometimes have to wait longer for a flight. However, all that our National Airport can offer is convenient sofas in a waiting room and a cup of coffee in a local bar. After all, no one wants to make frequent trips back and forth to Minsk. However, soon people will not have any discomfort, as private entrepreneurs will help aviators. 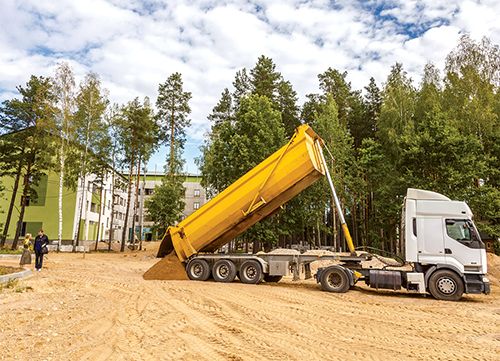 
Now, the construction of the hotel is at that stage when it is possible to judge what it will be, not just by considering colourful presentations and projects, but also by being guided almost every day  by the contours and the picture changes. Are the workers levelling sand on a huge platform fringed with borders? Aha, here will be a spacious parking lot. Are the workers assembling a wide bed in a small area somewhere in the heart of the main building? It is clear that we have taken a glimpse into an economy class double room. As a whole, Green Plaza still represents those four walls which should be made habitable and the territory which is now actively beautified. And what will we see then? We will not speak about the habitual details of complexes of similar level — restaurants, spa-salons, tennis courts and football grounds — we will pay attention to the ‘features’; there will be a lot of them here.

Perhaps, the main is the location of the hotel. Halfway between Warsaw and Moscow, just seven minutes of driving from Minsk National Airport. Marketing analysts calculated that every ten minutes, a vehicle with Russian number plates passes by. The builders are sure that if it is a toll road, it means that the service on it should be corresponding. People working here for twenty-four hours are ready to shelter, feed, organise a sanitary stop or change wheels and oil.

And at the same time, you feel good and comfortable. It is not for nothing that the builders used the English word ‘green’ in the name. Directly before the windows is a grove. In order to protect lodgers against traffic noise, workers made a hill with flowers — a vertical flowerbed. Nearby there is a pond and a footpath leading to a two hundred year old oak. Seedlings of mahogany have been brought. Natural motives, by the way, are present in interior details: one of the check-in counters represents a whole piece of three hundred year old hornbeam which was cut down in the Cherven District. It is impressive!

It is possible to admire picturesque nature not only from windows of the main four-storeyed building with 139 rooms, but also from ten guest houses. “We would like to offer our visitors a sensation of freedom,” the builders say. “And really, why huddle on a small patch? Workers are sure that such options will be especially estimated by businessmen. For example, why not organise negotiations here with the Chinese, who will arrive to build the Chinese-Belarus industrial park located in the immediate vicinity from the hotel?”

We take our keys and imagine how it is to live in a similar place. Maxim Yakimkov, the Deputy Director General of Agrobel, guides us around the rooms, “Here is a negotiation room, here is a bedroom, behind this window is a small parking lot for cars, here we established a stove for draniki (potato pancakes). It is a feeling as if you were in an agro-estate. The owners of the complex have really placed special emphasis on Belarusian colouring, “For our employees we have sewn a special uniform in the national style,” Maxim Yakimkov tells. “We employed teachers with Belarusian and English languages. We are the only hotel to order Slutsk belts. All furniture is made by domestic producers — real handmade work! We concluded a contract with farmers on delivery of the freshest meat. At the restaurant, we will treat guests with dishes of our national cuisine. What is more, draniki and pancakes will be prepared in the presence of a client. Now we are selecting our personnel. The faces of hotel are our waiters. We want girls to have typically Belarusian appearance — fair-haired and not cachectic, they should speak Belarusian and Russian, be modest and well-mannered and know how to sell themselves.

On the one hand, the builder recognises the obvious advantages, “The state gave us the chance to show our initiative. The company of such a type as ours will not get land in any European country. For this purpose, it is necessary to be the ‘Hilton’...” And another thing — at this stage of construction, it was necessary to collect three hundred of the most inconceivable signatures and even to go to Orsha to receive some of them. While the length of the investment project was initially calculated at three years, it is good that it was prolonged. The company itself wonders how they managed to have the time to do all that. And tired travellers will be convinced of that soon.

Vladimir Kostin, Director of the Aviation Department of the Ministry of Transport and Communications:

We have held a preliminary, informal meeting with the Director of the complex. It is obvious that this is a high-class hotel. Therefore, we have agreed upon a more subject conversation after Green Plaza is put into operation. I can tell that we plan to discuss the conditions of accommodation of crews here. However, final decisions will be made by heads of specific airlines. Besides, there are intentions to construct a hotel directly near the airport. One of the companies has already won the tender. On the agenda is the preparation of the corresponding documentation, while today the nearest point for rest and spending a night for pilots and stewards are departmental hotels and the hostel of the National Airport Minsk in the Sokol. It is enough, considering present mobility, while other airlines change places of their overnight stay almost every year. For example, as far as I am aware, Lufthansa has recently used the premises of a children’s camp in Volma village for these purposes, and before that, they reserved places in one of the Minsk hotels.