The magic of the New Year is embodied by the festive table, with its Christmas crackers and streamers, spangles and confetti

The magic of the New Year is embodied by the festive table, with its Christmas crackers and streamers, spangles and confetti. The decorated tree (although often artificial and unpacked from a box) reigns over all. Of course, the way we choose to decorate our tree says much about us. 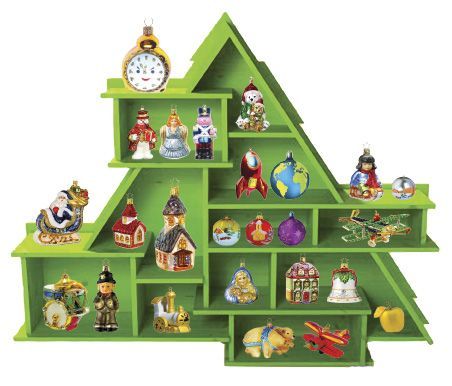 Happiness hanging upon a thread

In my childhood, in the late 1950s and early 1960s, I would eagerly await Christmas, when all the toy decorations would be hung upon the tree. However, I often felt annoyed that my parents refused to allow me to play with them, saying that they were too fragile. Each year, they carefully hung them upon the tree: balls, stars, beads, and garlands, spaced evenly, interspersed with birds, Teddy bears, Snow Maidens, cosmonauts and various icicles, placed to the central front. For some reason, my father disliked the corn cobs of various colours and sizes, putting them to the back. He repeated the same words each time, slyly winking at my grandmother, telling me to do the same wherever I might one day live. At the end of the festivities, the decorations were carefully removed and stored away, taken to the garage.

I do the same now with my own family, asking my grandchildren to be careful and not play with the Christmas toy 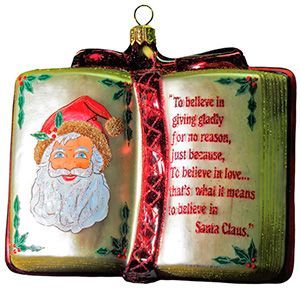 decorations, which remind me not only of my childhood but of the childhood of my parents. These small items encapsulate happiness.

Not a ‘toy’ story

How many coloured balls, pink gingerbreads, and golden cones are on the Christmas tree…” Everybody remembers this New Year song. What is so special about our decorations? Andrey Begun, the owner of an unusual collection of Christmas toys, has been visiting ‘flea markets’ and raiding the attics of his friends for years. He seems to know all the nuances of adorning a festive tree, telling us, “The custom of dressing the Christmas tree began in Europe in the 17th century. Until the mid-18th century, edible items, such as apples, wafer biscuits, sweets and nuts, were used in decoration. By the late 18th century, these had moved on, being replaced by flowers, painted paper cones and brass angel figurines.”

How about traditional glass toys, to which we are accustomed?

“Some people connect the move to festive toys with the baubles made in 1848 in Germany: supposedly, a lack of apples led smart glassblowers from Lausha to create the first glass balls — to replace apples and thereby keep traditions,” Andrey Begun tells us. “In 1867, in Lausha, the new glass studio was established, with craftsmen-glassblowers making not only balls but birds, fish and bunches of grapes. Similar workshops then began making Christmas toys in Poland, the Czech Republic, Japan, and the USA. By the end of the 19th century, there were more than 5,000 forms of Christmas decorative toys.” 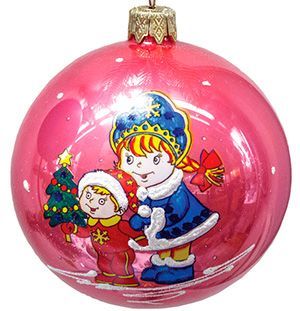 The Minsk collector explains, “The custom of dressing the Christmas tree arrived in Russia in 1817, connected with the marriage of Tsar Nicolas I to Princess Charlotte of Prussia (who became Tsar Alexandra Fedorovna).” To mark the serene youth of the Princess, on Christmas Eve, in the Winter Palace of Petersburg, gifts for the Imperial couple were hung upon the Christmas tree. The production of Russian glass decorations coincided with the first baubles made in Germany. In 1848, Prince Alexander Menshikov, the great-grandson of the Petrovsky favourite, obtained permission to build a little glass-studio on his estate of Alexandrovo, near Klin.” From then on, Russia produced glass toys.

The tradition of dressing the Christmas tree didn’t last long in Russia, being banned in 1918: the celebration of the New Year was deemed a bourgeois relic and this festive day became a working day. Mr. Begun emphasizes, “The production of toys in Russia stopped, and did imports from Germany. Yet, in spite of all prohibitions, people needed this holiday and continued to have decorated Christmas trees.” My own grandmother remembered such times and her dislike for the revolution due to its anti-religious propaganda and the cancellation of New Year holidays. Hanging an angel on the Christmas tree, she said: “How could they think it up? How many toys disappeared then! And which toys! Now you can’t buy such beauty.” Her angels sat beside stars on the branches, made by my grandmother from wire, cotton wool and gauze: all ‘homemade’.

Revolutionary extremes were set aside in 1935. Two days before the New Year, in Moscow, happy parents bought a year’s supply of walnuts to replace Christmas toys. From 1936, Christmas trees had been reassigned to celebrate the ‘New Year’, fitting the accepted concept of a ‘happy Soviet childhood’.

From the end of the 1940s, Christmas-tree decorations began to be produced not only in Klin but in Moscow, 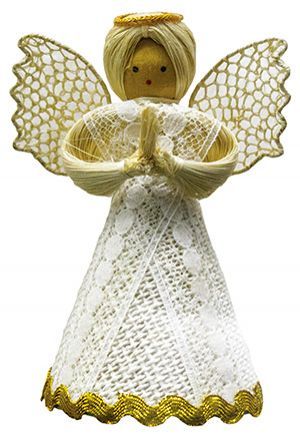 Leningrad, Kiev, Voronezh, Gorky and Yaroslavl as well. Their assortment was varied, colourful and closely connected with politics and history. “Every toy from that time is a living piece of history,” Andrey Begun tells us.

The new generation of Christmas-tree decorations differed from the old one, with glass pioneers and red five-pointed stars replacing wax angels and ‘Stars of Bethlehem’. Figurines of people, animals, fruits and vegetables took the place of balls and, after flights into space, cosmonauts, rockets and airships appeared in the shops. When Eldar Ryazanov’s film the Carnival Night came out, each of us had a Christmas tree toy clock, always stating that it was five minutes to twelve.

Even during the Great Patriotic War, in those hard times, people continued to celebrate, although the nature of toys changed: tankmen, parashutists and hospital nurses were made from old light bulbs, waste materials from steel plants and fragments of exploded shells. Masters became inventive in their methods, making the best of what was available.

The tradition of celebrating the New Year with a Christmas tree caught on in Belarus, although it took time in the villages. For our grandmothers and grandfathers, Kolyady was the main winter holiday. Meanwhile, rural children didn’t understand why the tree was special when so many stood in nearby forests. My daughter-in-law’s grandmother, who taught in the early 1950s in an elementary school in a rural area, told me how incredulous her pupils were. Naturally, the attitude was different in towns.

On the eve of 1937, Rabochiy Belarusian newspaper reported: “A large assortment of Christmas tree decorations have reached the shops of our city: glass balls, figurines of animals, birds, various fruits, vegetables, and many-coloured Christmas tree candles — more than 120 kinds of toys.” All shops and confectionaries in Minsk sold edible Christmas tree toys, often as a set comprising a chocolate fish, crayfish  and Teddy bear.

Mr. Begun adds, “The first and only studio making Christmas tree decorations opened Belarus in 1946, existing for more than half a century. Each toy was blown and painted individually, imitating those produced in other towns across the USSR, and then Russia. In 2005, the factory had to close for economic reasons. These days, New Year souvenirs are produced at ‘Neman’ Glass Works, including Christmas trees and snowmen designed for placement on the festive table. Sadly, no balls or icicles are made, as you need a glass tube, which isn’t produced in our country. It’s uneconomical to import such goods.”

It’s a pity, certainly, as I’d love to dress my Christmas tree with characters from Belarusian folk legends rather than beautiful Chinese toys. Of course, the New Year is a time not only of wonders and happy holidays but of new beginnings. Perhaps, some enterpreneur will take up the baton… 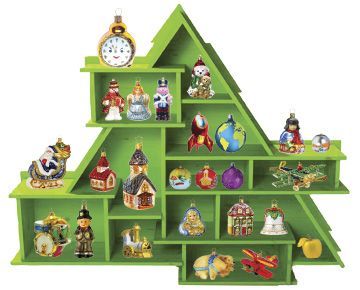