Braslav keen to lead the way 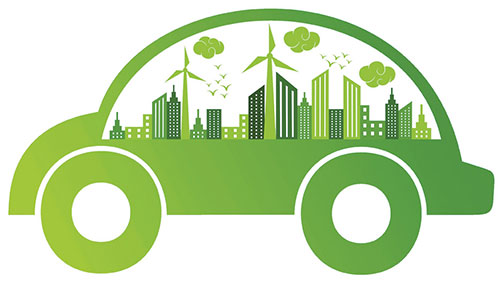 The Covenant of Mayors is a major project seeking to promote sustainable energy development and economic use of fuel resources, with 5,000 cities around the world participating. Braslav is the seventh town in Belarus to join the agreement, voluntarily undertaking ‘20-20-20’ commitments: to cut carbon emissions by 20 percent, to reduce energy consumption by 20 percent and to increase the share of renewable energy by 2020. Each city signatory develops a sustainable energy action plan, which includes a number of measures to reduce consumption of resources, while maintaining comfortable living standards.

Having signed the Covenant of Mayors, Braslav sent in a tender to gain a European Commission grant, under the Support for the European Partnership Cities programme. This will be used to help implement its sustainable energy action plan as part of the Covenant of Mayors initiative. As a result, on December 30th, Braslav District signed a grant contract with the European Commission. Its Braslav District — the First Carbon Neutral Municipality in Belarus project suggests that, by 2030, its CO2 emissions will be fully offset by sources of oxygen. The total budget for the project amounts to 735,000 Euros, of which 600,000 Euros is European money. The term of implementation is 30 months, with the active phase beginning in May 2015.

During this period, Braslav District is expected to undertake studies on the use of renewable energy, to assess and purchase various energy-saving equipment, while implementing a number of projects. Andrey Davydenko, the Deputy Chairman of the Braslav District Executive Committee, tells us, “We want to install two 1.5MW boilers running on straw left over from harvests. More than 1km of heating systems will be replaced, and solar panels are to be installed on the roofs of kindergartens — to provide autonomous water heating. Another project will be the installation of a heat exchanger in a high-rise building without central heating. The doorways will be fitted with sound and movement sensors, while street lighting will be partially replaced by LED lights.”

Braslav’s other energy saving project aims to promote energy-saving technologies and renewable energy at local level. It was launched in 2012, with the support of a non-profit organisation (The Centre for Environmental Solutions) and with European financial assistance. The project includes various activities, ranging from seminars and study tours to neighbouring countries to sharing of experience in the use of renewable energy.

The old boiler at the Braslav Local History Museum has been replaced with one more energy-efficient, showing the benefits of investing in the energy-saving equipment. Initial expense is repaid over time and, of course, equipment is more environmentally friendly and safe. Meanwhile, solar panels have been mounted on the roof of the children’s and youth sports school in Braslav District, to provide hot water for school shower rooms from May until October. The devices (costing around 4,000 Euros) were purchased at the end of the last year, forming part of local energy and climatic plans for the region.

“Reduced energy consumption is one of the few parts of the local budget where significant savings can be made. Our enterprises and organisations have not had a clear system of assessing potential solutions to reduce energy consumption and losses in energy delivery networks yet. Therefore, the development of local energy and climate plans is vital, inspiring Braslav to join the Covenant of Mayors European programme in February 2014,” explains Mr. Davydenko.

The new project will be a direct continuation of this work, implementing a strategic plan to reduce CO2 via energy-saving technologies, while improving the work of municipal services in this sphere and involving locals, while sharing the best practice with interested regions. “We want to show opportunities for renewable energy: water, sun and other sources can help us significantly reduce energy consumption. Our district already has quite a few such examples. Their promotion and understanding of how they can be applied is important, because energy prices are constantly rising,” notes Mr. Davydenko, explaining the goals of the new project.