The Minister of Education of Belarus, Mikhail Zhuravkov, is confident that our national model of higher education is competitive globally. Joining the Bologna Process is a long-awaited event but how will it affect the quality of our university diplomas? Membership provides only the opportunity to share experience. 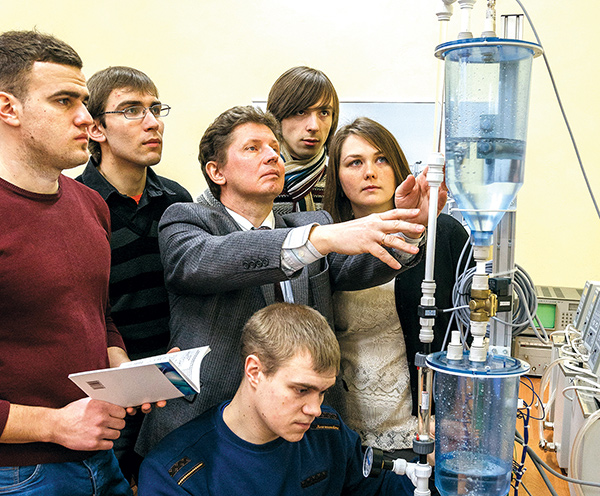 BSU Pro-rector Alexey Danil-chenko explains that our higher education system aims to become more mobile and competitive, raising its status on the world market. Naturally, our universities need to keep pace with changing times, reflecting the needs of the labour market. More young people than ever before are now receiving higher education: not just in Belarus but worldwide. The Rector of the Republican Institute of Higher Schooling, Victor Gaisenok, notes that, since the later decades of the 20th century, the number of those studying at any one time has increased from around 13 million to 82 million! Every day, the figure becomes more impressive.

This is a positive trend, since knowledge brings opportunities, but the financing of study has become a challenge, as has maintaining quality, and prospects for graduate employment. Belarus currently boasts about 400,000 students (400 per 1000 of the population). This places us at the fourth place globally, after the South Koreans, Americans and Russians. The number has increased eight-fold since 1960. In addition, every third student studies without paying tuition fees.

At the first stage of university study, Belarus offers 382 specialties; at the second stage, there are 331, although most are humanities subjects, with communication, law and economics leading the way. About 90 percent of students at private universities are studying these spheres.

Each element requires assessment and documentation, making good management essential. Meanwhile, society has need of more mathematicians, physicists and other scientific specialists. The World Bank has discovered that about 70 percent of companies in Belarus admit to being hampered in their development by lack of sufficiently skilled workers. It appears that our universities have some way to go to ‘catch up’ with the needs of the labour market. Meanwhile, more funding is needed, since only 5 percent of GDP is spent on the educational system (including 0.65 percent on higher education). Higher-education teaching personnel earn barely the average national salary in our country, rather than the ‘ideal’, which would be at least double the average. Financial autonomy for universities is also highly desirable.