Brest has a history of welcoming foreign guests

At crossroads of paths and interests

Brest has a history of welcoming foreign guests, having long been the ‘gateway’ to the USSR and, these days, to Belarus and the Customs Union

Brest has a history of welcoming foreign guests, having long been the ‘gateway’ to the USSR and, these days, to Belarus and the Customs Union. In recent times, Brest has aroused interest among investors for its production, construction, tourism and trade possibilities, attracting a delegation of 28 from Slovakia in late December 2014, keen to establish co-operation and exchange experience 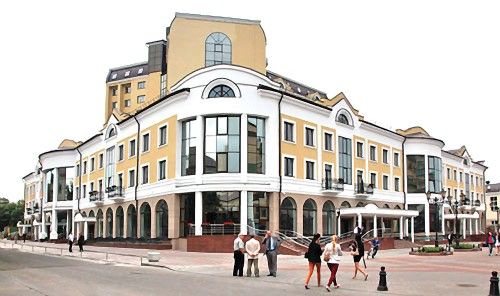 The Chairman of Brest City Executive Committee, Alexander Rogachuk, notes that they came ‘of their own initiative’: businessmen, entrepreneurs, deputies, teachers and school directors. The group was led by the Deputy Chairman of the Presov Regional Administration’s Commission on Issues of Education, Youth, Physical Culture and Sports, Ivan Hopta, who has visited several times previously. The Slovakian guests visited sports facilities, Brest’s Secondary School #1, production enterprises, museums, the Belovezhskaya Pushcha and Brest Fortress.

Last November, a delegation from Brest’s twin-city, Dutch Coevorden, came, led by Mayor Berend Johannes Bouwmeester. The foreign guests visited Brest’s branch of Belarusian Railways and met representatives of the Brest Fortress Development Fund, whose Brest-2019 project is of major interest to the Dutch (envisaging the creation of an historical-cultural complex on the abandoned territories surrounding the fortress). Coevorden also has its own fortress, in the city’s historical centre, so Dutch experience may be used in solving practical issues.

Brest has over 30 twin-cities: in Russia, Ukraine, Poland, Germany and France. Cultural ties usually entail economic collaboration and, at present, over 300 companies with foreign and joint capital are registered in the city — representing 30 countries. Most (74) of the companies come from Poland; Brest’s neighbours have established several facilities in the city, while opening trading and transport companies.

Investors are also taking part in construction in Brest; the Didas-Persia trade-and-office centre is among the brightest in the sphere. The firm (with Iranian capital) has settled a long-term construction-related issue, transforming a hotel on Sovetskaya Street. It’s no longer an empty brick eyesore with broken windows but a beautiful building. “We wish to contribute beauty to the city,” explains NMT President and founder, Dr. Jamshid Aminazad.

Russian, German, Italian and Czech businessmen have established dozens of companies in Brest. Firms with Austrian, Swiss, Canadian, British, Latvian and Lithuanian capital work in the city and Gibraltar and Lichtenstein also have representations. In 2015, Indonesia may join the list as, not long ago, an official Indonesian delegation visited Brest. In 2014, turnover between this country and Belarusian region stood at $178,000; purely imports — of fabric, thread and sewing hardware. 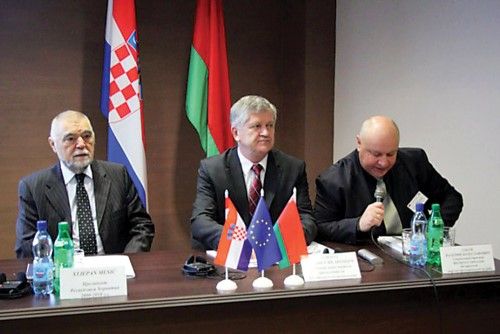 The Chairman of West Sumatra’s Regional Investment Council, Masrul Zein, believes the situation needs alteration. Speaking to Brest Regional Executive Committee, he invited Brest businessmen and constructors to Indonesia to build a hanging bridge, noting Belarus’ advanced technologies. As a result of talks, a protocol of intention was signed between Brest Region and West Sumatra.

In addition, in late 2014, Brest hosted a Belarusian-Croatian Economic Forum, with foreign guests learning about business conditions at the Brest FEZ. A cooperative agreement was signed between Brest FEZ and the city of Varazdin; the two free economic zones plan to enhance their collaboration, efficiently assisting companies and organizations towards foreign trade.

Overall, 2014 was fruitful for Brest’s economy: exports of milk and dairy products rose, as did sales of fish, sea products, fruits and vegetables. The EU exports rose, with new sales markets mastered. Meanwhile, for the first time, sales of clothing were registered to South Africa and Montenegro, and sales of toys to Bosnia and Herzegovina.  Equipment was sold to Panama and Thailand, and cosmetics to Lebanon: all firsts for the region.

This year, modernization of industrial enterprises will continue and new facilities are to open. In particular, it’s planned to develop resource and import efficient productions (including with the participation of foreign investors) at Brest’s Plant of Electric Lamps. In 2015, up to $195m of investments are forecast for Brest Region but only time will tell. Attracting business to Brest and other cities is among diplomats’ tasks; consulates from Poland, Russia, Ukraine, Kazakhstan and Mongolia are already operational in Brest, as are those of Iceland and the Czech Republic. In 2014, the number of such consulates rose, with representations of France and Hungary opening.

The Consul of France to Belarus, Cristoph Bramulle, tells us of Brest’s important role in developing bilateral relations. “The city’s geographical position and status (situated on the major highway connecting Paris and Moscow) are grounds for constant exchanges. Although not many French live in the region, we hope our representation will contribute to the diaspora’s development. Dozens of thousands of French citizens visit Belarus for tourist or business purposes and most come to Brest,” he underlines.

Last December, Hungary’s Honourable Consulate opened in Brest; according to H.E. Vilmos Siklavari, the Ambassador of Hungary to Belarus, it is the result of expanding co-operation. In recent years, our turnover has risen by 20 percent and, in 2015, Hungarian enterprises will take part in the Belagro International Exhibition and the Brest: Commonwealth International Fair. New, profitable contracts are likely to be concluded. He also notes Belavia Airline’s three direct flights a week as a ‘great impetus’ for development (another is to be added this spring). He tells us, “We’d love to see charter flights to Lake Balaton, a pearl of European recreation, introduced this summer from Brest’s airport.”

All the honourable consuls are known as famous businessmen outside Belarus, being experienced in promoting economic and cultural interests far and wide.