How has life changed for rural residents over the past decade?

Another format of rural living

The state programme for rural revival and development aims to raise living standards in the countryside, including comfortable accommodation, practical infrastructure and worthy employment. Significant funds have been set aside for this since 2005, with 203 agro-towns appearing in Mogilev Region alone. How has life changed for rural residents over the past decade? We travelled to the agro-town of Lenino, in Gorki District, to find out!

When we think of agro-towns, we are likely to imagine a chain of multi-coloured houses with all modern conveniences, constructed under the presidential programme. Each is connected to the gas network, has asphalted roads, a permanent post office, a shop, a kindergarten, and a village first-aid station. In Lenino, this is true, and more!

The town has its own library, museum, a branch of the Gorki School of Arts, a teaching college, and a tourist information site. In 1968, it opened its Museum of Soviet-Polish Fighting Commonwealth, to honour the 25th anniversary of the battle near Lenino: the First Polish infantry division (named after Tadeusz Kościuszko) joined Soviet divisions against the Fascist aggressors. Since then, delegations from Poland, Belarus and Russia have visited annually.

The Chairman of Lenino Rural Executive Committee, Konstantin Karpitsky, recollects, “Especially for tourists, we built a six-storey hotel and restaurant in the 1970s. Most of the time, it was empty and, during the time of the Soviet Union, there were plans to close it, reducing the heating to the bare minimum. Fortunately, the building was preserved and, since the village became an agro-town in 2006, young experts have been living there. The hotel has become a hostel.” 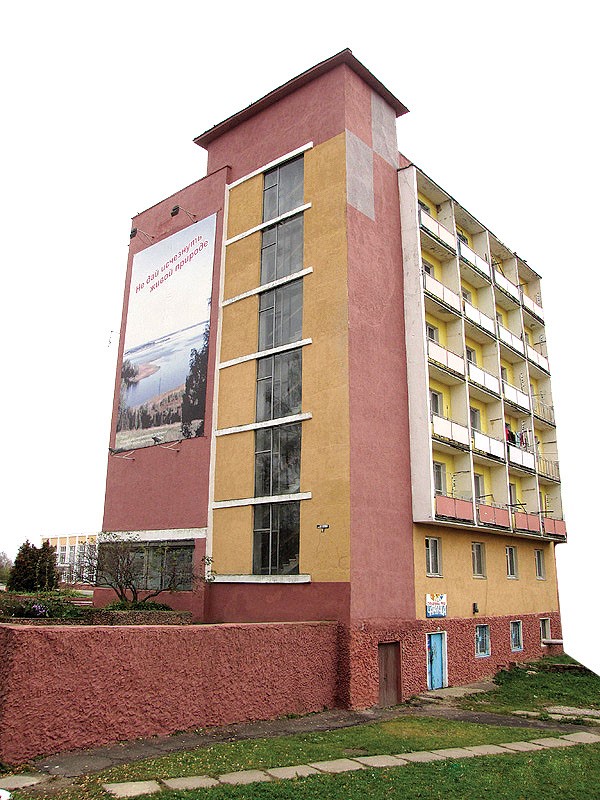 The hostel’s flats each feature a living room and a bedroom, plus a bathroom and a kitchenette: the Yakubovsky family lives in one. Victoria Yakubovskaya arrived in Lenino with a diploma from the Mogilev College of Arts, becoming head of the local culture centre at 21. She decided to stay, telling us, “I liked the town, which is beautiful, cosy and well-appointed. I understood that I’d never be bored, enjoying a job which allowed me to be creative, and the company of good fellow workers. We organise various activities, with people from all around coming to us to dance. Ternitsa folk group is based out of the culture centre and we show films three times a week.”

She continues, “I received somewhere to live immediately. The hostel isn’t of ‘corridor type’, with each space more like a two-roomed apartment. I’ve found personal happiness here, with my husband Dmitry and my daughter. When she was almost 2, we sent her to kindergarten, which is within walking distance. The village first-aid station is located nearby, with a doctor, physiotherapist, dentist, and pharmacy. We have a public amenities centre which offers a range of services, including the alteration and repair of clothes. There are people who can come and plough your garden smallholding for you, help you set up a greenhouse, or paint a fence. We live in a beautiful place with all comforts.”

Victoria earns about 3.5 million Belarusian Roubles a month, net, as director of the culture centre, and is conducting a further education course remotely (based in Minsk). Her husband earns about Br5 million and they feel that they have enough money. She explains, “In winter, we pay about Br350,000 a month for our hostel accommodation and less in summer. We’ve bought a car and plan to build our own house.”

Of 513 families in the agro-town, about 300 have cars. However, it’s easy to reach Gorki even without a car, thanks to hourly buses and minibuses. Once the settlement received its status, not only its centre but adjoining roads were laid with asphalt, making journeys much easier.

Galina Garstukova also has her own car. She moved to Lenino from Vitebsk several years ago, telling us, “I can’t imagine how I lived in a stuffy city for so many years. Now, we go to Vitebsk only to visit the Slavianski Bazaar. The city is full of vanity and far too busy. Here, we have peace and quiet.” 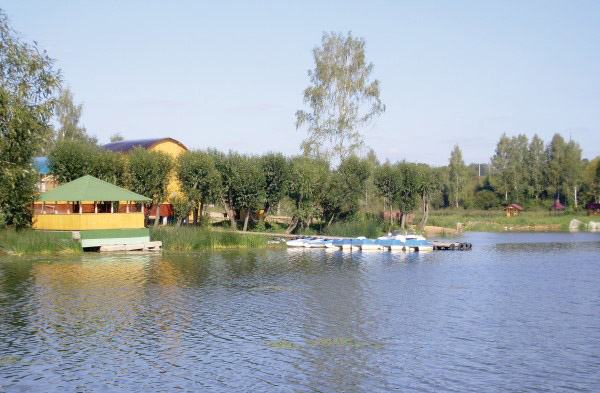 
She is a seller by education, but went to work at a kindergarten as a supply manager. Her husband works at a local farm as a combine operator. Galina explains, “The salary is not large: about Br3 million a month. My husband earns more than Br6 million during harvest time. However, here in the village, we have other advantages. We have our own house, kitchen garden, and farm, with hens and geese. Besides a school and kindergarten, we have a teaching college nearby. My 16-year-old (older) daughter studies at the teaching college and tells me that she never wants to leave.”

The director of the teaching college, Sergey Penchansky, tells us proudly, “Our staff includes 70 people, of which 38 are our own graduates. Usually, 85 to 95 percent of graduates remain in the countryside, with some staying in Lenino, teaching at the kindergarten, at the secondary school, and at the School of Arts, which opened after the village received its agro-town status.”

Lyudmila Korobkina, aged 32, came to work in Lenino as a kindergarten teacher. She has since married and has her own child. She notes, “If you’re comfortably off, you don’t need more. I’m content here, as we have good conditions for raising children, and have had a sanatorium group at the kindergarten since September. We have children’s discos at the cultural centre on Saturdays and the School of Arts runs classes in sculpting, painting and music. Most schoolchildren attend. Our library is good, as is our recreation centre, which is always busy.”

Lyudmila’s husband Leonid works as a guard at the Mereya recreation centre.  He tells us, “My brother lives in Minsk, but big cities don’t attract me. I worked as a mechanic at a local farm for 11 years, where my wife works now as a pig breeder. We received a house with all conveniences, where we’ve raised our son. We have employment, a roof over our heads, and a full package of social services: everything you need to be content.”

When Lenino became an agro-town, 74 cottages were built, in accordance with the state programme for rural development. None remained empty, becoming home to machine operators, cattle breeders, staff at the dairy farm, and engineers at Lenino livestock plant. In total, 270 people work at the plant. According to director Alexander Krupenko, there’s no difficulty in finding personnel. He tells us “Young people, after having worked here on job placement, often decide to stay: we have two agronomists, two economists, a livestock specialist, and a construction superintendent. Their average salary is about Br5 million, while our machine operators and dairy milking staff receive Br3.7 million. During harvest time, the same machine operators and combine operators receive up to Br15 million. Plus, for each tonne of thrashed grain, we give 1kg of grain to each worker.”

After Lenino became an agro-town, the plant opened a new dairy-commodity complex, housing 840 cattle. Last year, another complex was constructed, for 536 cattle, equipped with modern equipment, and including a supplemental feeding station. Every cow receives individual attention; depending on how much milk it gives, a clever device mixes fodder in the correct dosage. As the plant has only five farms and a pig-breeding complex, it relies mostly on milk. Last year, it sold 6,607 tonnes of milk: up almost 8 percent on the previous year.

As local workers regularly win district, regional and Republican Dazhinki (harvest festival) competitions, this guarantees an essential increase of salary. In general, local residents don’t complain and, judging by the number of young people, Lenino has a future. There are 40 children at the kindergarten and 12 children were born in the agro-town last year. Life goes on... 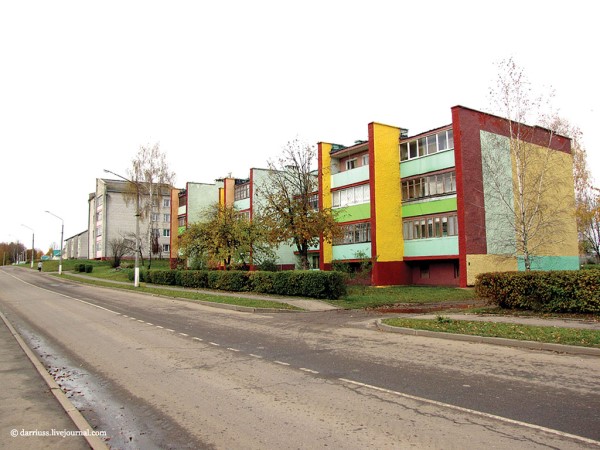 Victor Petruchenya, the Deputy Chairman of the Committee on Agriculture and Foodstuffs of Mogilev Regional Executive Committee, says, “The state programme of rural development determines not only basic directions of intensification for production but paths to solving housing and personnel problems as well. Today, agro-town accommodation rivals that in cities, but takes into account the rural way of life and country mentality. Over the last four years, villages in Mogilev Region have received 42 new apartment blocks, with a total area of more than 3,500 square metres. Meanwhile, the state programme for rural development for 2011-2015 created over 1,500 jobs in the region. Another 4,700 villagers were temporarily involved in public works, while 155 received professional training. Within the framework of ‘youth practice’, 800 students were given temporary employment.”

He continues, “We’ve received 15km of rural heating networks and 11 boiler-houses, as well as having 15 artesian wells repaired, and water-supply pipeline networks and sewerage networks replaced. We’ve had roofs of residential buildings replaced too, and more than 210km of electricity networks and transmission lines laid and repaired, as well as gas pipes laid and more than 62km of roads renovated. In all, 68 rural schools and kindergartens, and over 100 shops, have been repaired, and four public health clinics have launched. There’s Internet access at 23 rural recreation centres too. We’ve created seven agro-estates, and a salon-shop selling local crafts. We’ll continue in the same way, ever improving life for those who want to live and work in the countryside.”